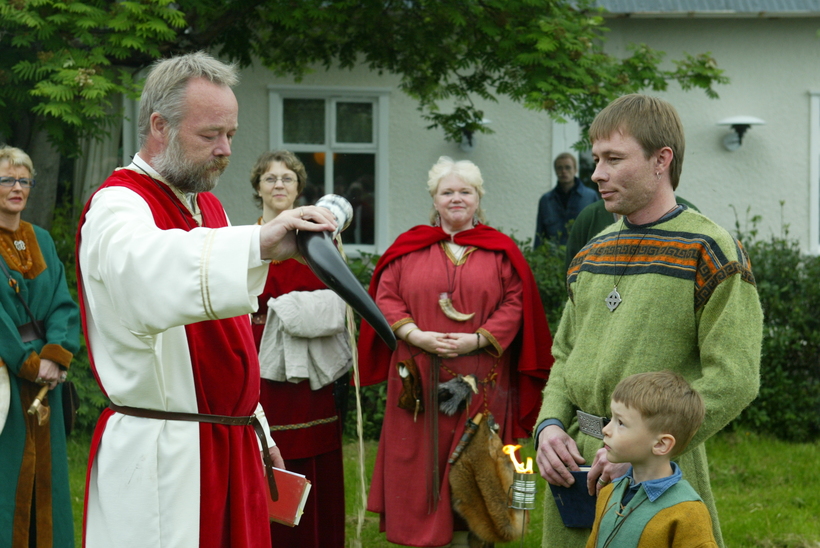 The Ásatrú religious society in Iceland has,  according to high chieftain Hilmar Örn Hilmarsson, been disturbed greatly by foreign tourists, foreign press and foreign scholars this year.

The society has had to respond by banning outsiders from taking photographs at ceremonies and having an auto-reply on their email contact address.

"Foreign journalists have not been a fly on the wall but flies in our food at Ásatrú gatherings," says Hilmarsson who believes the surge in interest is due to the building of a temple in Öskjuhlíð.

The Icelandic Ásatrú religion follows the belief systems of the Old Norse religion, or germanic neopaganism. The Ásatrú society was founded in Iceland in 1972 by farmer Sveinbjörn Beinteinsson and initially had 12 members.