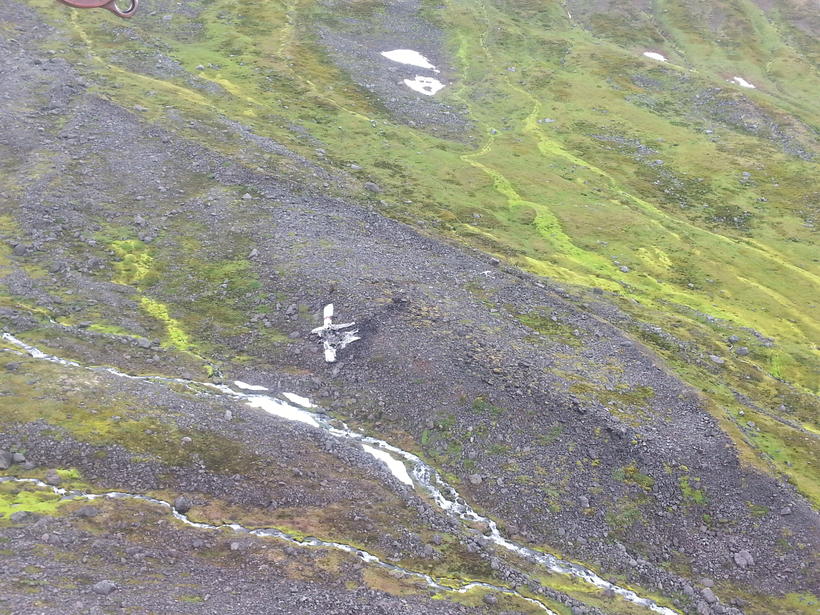 The wreckage of the crashed aircraft. Photo: Icelandic Coast Guard

The man who died in Sunday’s air crash in northern Iceland yesterday has been named as Arthur Grant Wagstaff, a 56-year-old Canadian resident.

Wagstaff was killed when the De Havilland Canada DHC-2 Beaver Mk1 aircraft he was travelling in crashed in the Barkárdalur valley, to the west of the town of Akureyri in North Iceland.

The second occupant of the aircraft, Arngrímur Jóhannsson, was injured and is now said to be in a stable condition in hospital. Both men were qualified pilots but it is not yet clear who was flying at the time of the accident.

The aircraft was travelling from Akureyri to Keflavík International Airport (KEF) and was fully fuelled for an onward flight to Canada via Greenland.

Wagstaff was pronounced dead at the scene. The wreckage of the aircraft has been taken to Reykjavik to undergo an accident investigation.