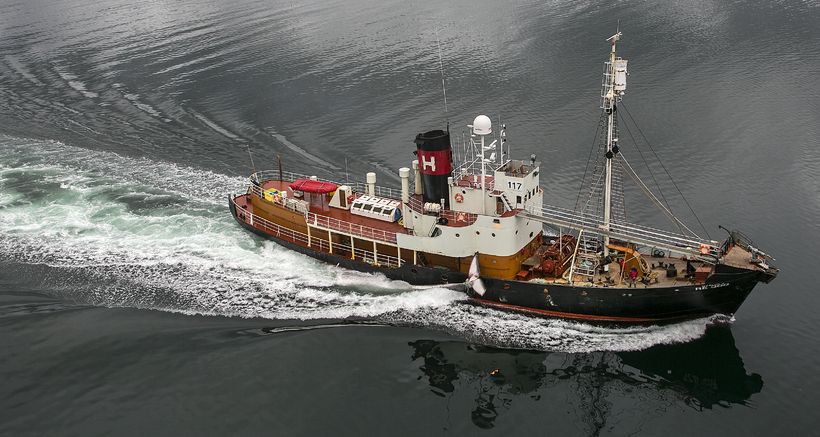 The ongoing debate on Iceland’s whaling operations has revealed a difference of opinion between two fellow MPs of Iceland’s centre-right Independence Party (‘Sjálfstæðisflokkurinn’).

Elín Hirst MP posted a picture of herself on Facebook yesterday by a whale-watching vessel in Húsavík in northern Iceland.

In her status update, Hirst writes “[Whale watching is] an extremely important industry for the national economy – much more important that whale hunting, which is a hindrance to us. We need to face this issue and confront it.”

“Where will it end if we start depriving people in certain lines of work from their freedom of employment on the grounds that other lines of work may put more into the “national economy” or that some foreigners have misconceptions about the industry?” wonders And­er­sen.

“Freedom of employment is a human right, not something you calculate in an Excel spreadsheet.”