Archaeologists digging on Lækjargata in central Reykjavik were looking for traces of a farm cottage built in 1799 – and found a Viking longhouse from some 900 years earlier.

The longhouse is at least 20 m long at 5.5m wide at it widest point. The ‘long fire’ in the centre of the hut is one of the largest ever found in Iceland, which visible traces suggesting it was over 5.2 m long.

“This find came as a great surprise for everybody,” says Þor­steinn Bergs­son, Managing Director of Minja­vernd, an independent association working for the preservation of old buildings in Iceland. “This rewrites the history of Reykjavik.”

Lísabet Guðmundsdóttir, archaeologist at the Icelandic Institute of Archaeology, says there is no way of knowing who could have lived in the longhouse.

“We have no records of any building on this spot other than the cottage built in 1799,” she explains. “The cottage was built on a meadow with no remnants of anything else.”

The building is from the first years of the settlement of Iceland – a period usually dated 870-930 AD – but more exact dating will need to wait until after the excavation has been completed.

The group conducting the dig has already found weaving implements within the hut and a silver ring and a pearl in the immediate vicinity. 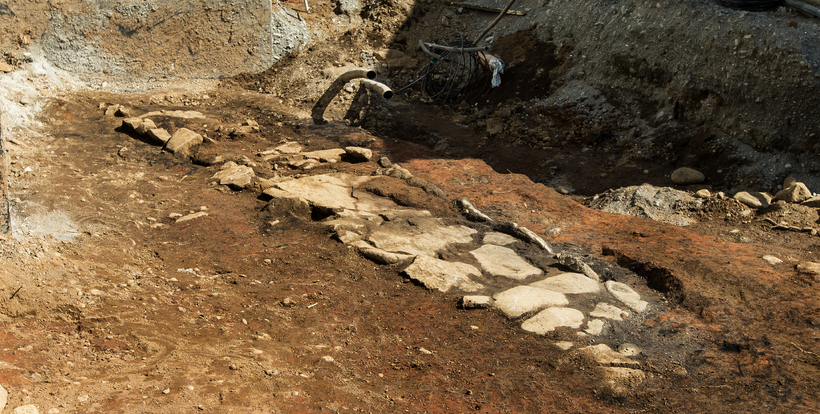 The 'long fire' in the centre of the hut. Photo: Kristinn Ingvarsson 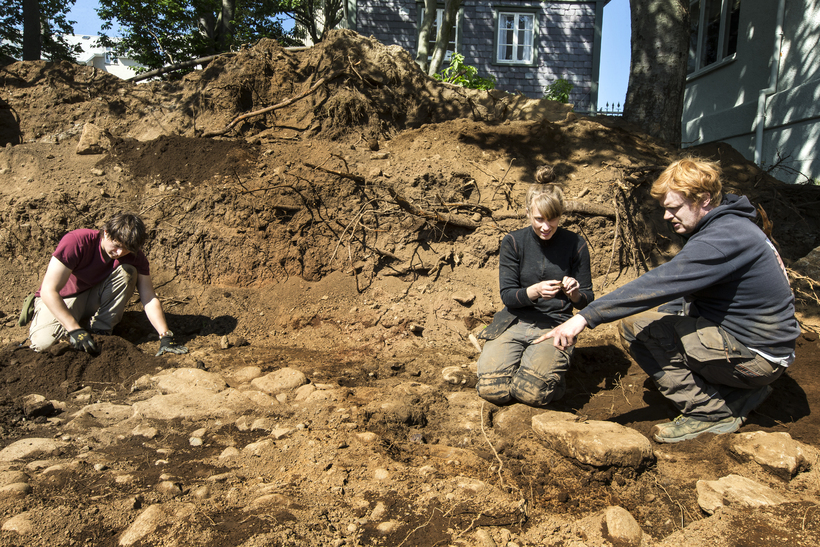