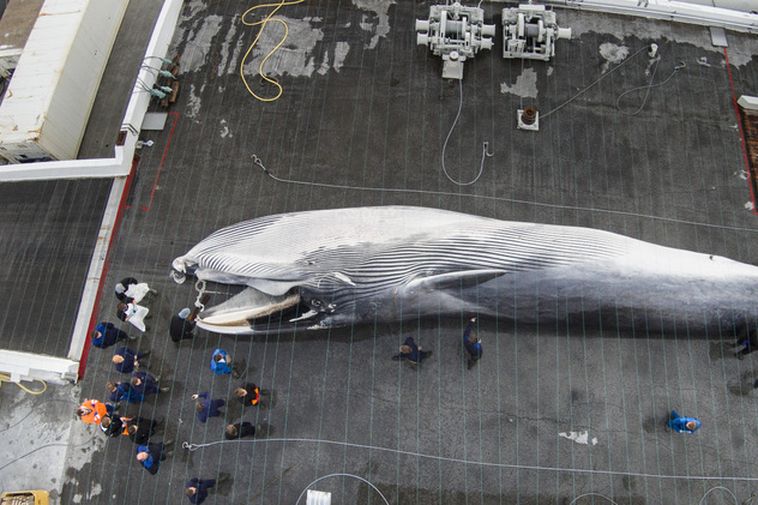 Whaling boat Hvalur  brought the first fin whale into shore at the whaling station in Hvalfjörður, south-west Iceland last night. Once the animal had been pulled up to the whaling station, whale cutters began their work. They had to work fast because another vessel, Hvalur 8 was waiting off the shore with a second whale, caught late on Tuesday night in deep waters.

When the whale was being dragged into land, two men on a paddle boat threw flares into the ocean, probably to make a statement against whaling.

Morgunblaðið/Mbl.is photographer Golli was at the scene and captured the accompanying images.