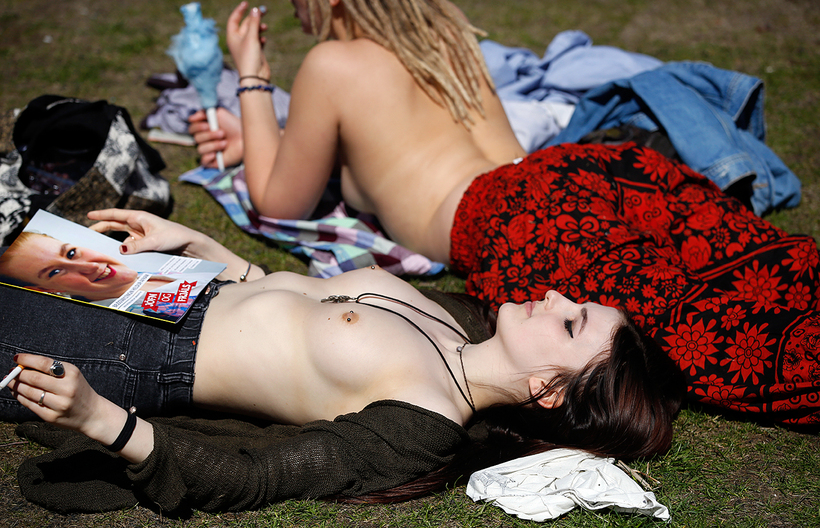 The sun shone on participants at Austurvöllur square. mbl.is/Eggert Jóhannesson

Today, the #freethenipple movement in Iceland organised an event at Austurvöllur square to desexualise the female nipple. Crowds of women gathered on this sunny Saturday afternoon to support the cause in the name of feminism. Some decided to go topless and others went braless and t-shirts were sold in support of the campaign.

Kar­en Björk Eyþórs­dótt­ir and Guðbjörg Ríkey Thorodd­sen Hauks­dótt­ir are among the organisers behind the event. "There are so many women here already," they said at the start of the event at 1 p.m. "Some are shy to go topless but there's no pressure to go topless. That's why we're selling the t-shirts, so that people can support the cause without going topless. "

Hopefully this will become the norm

The movement began in Iceland in March when young women decided to protest against shaming of women on the internet, when topless photographs of women are posted up on social media for shaming purposes. The movement wants to put the shame were it belongs, to those who posted up the photographs for the purpose of shaming and began when women posted their own topless photographs on Twitter with the hashtag FreeTheNipple. The movement believes that women's nipples should not be sexualised, and that women should be able to go topless just as men do.

When asked whether the event will be an annual one they say that might happen."But we hope that its something women can do on all warm summer days. We hope that it will become the norm: We also were lucky that the weather was perfect." 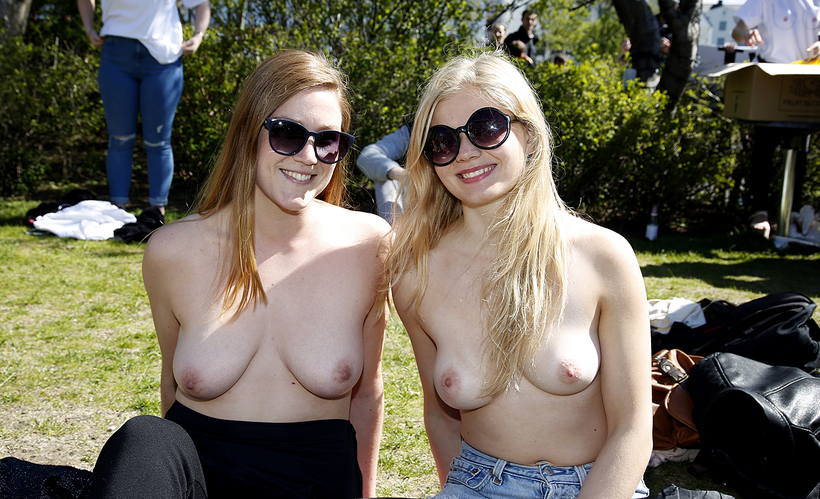 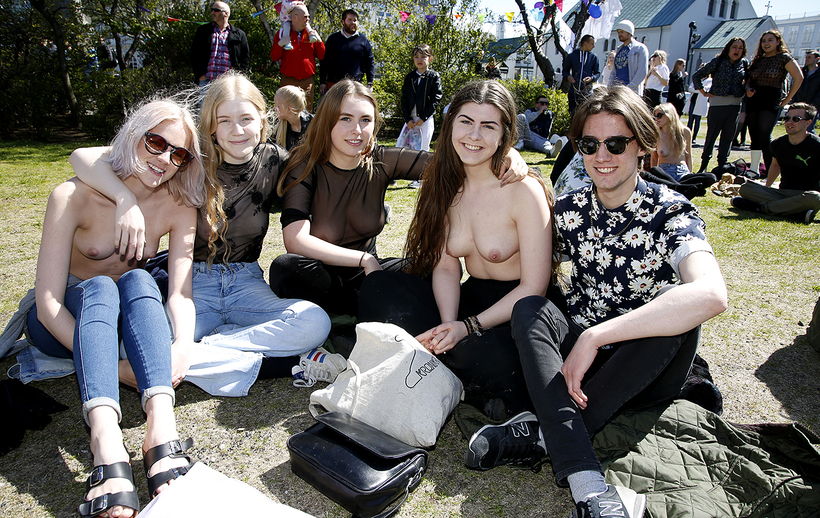 Crowds are gathered at Austurvöllur square to join in with the #freethenipple revolution on Austurvöllur in Reykjavik. mbl.is/Eggert Jóhannesson 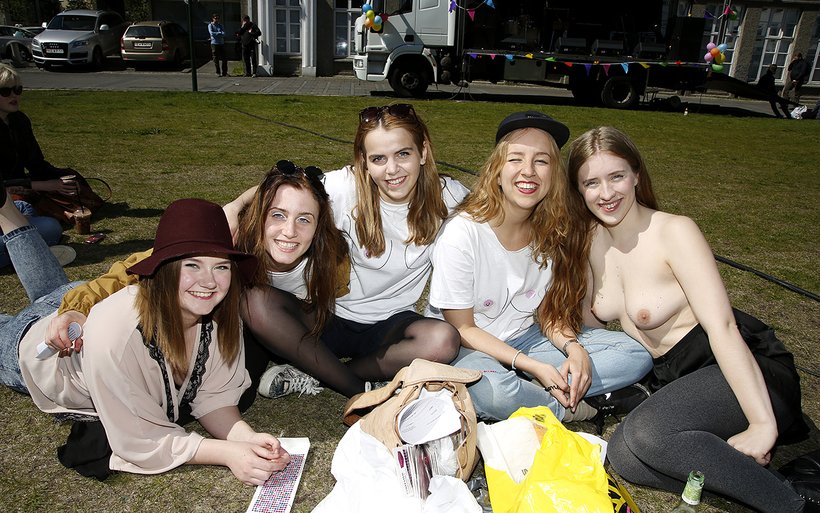