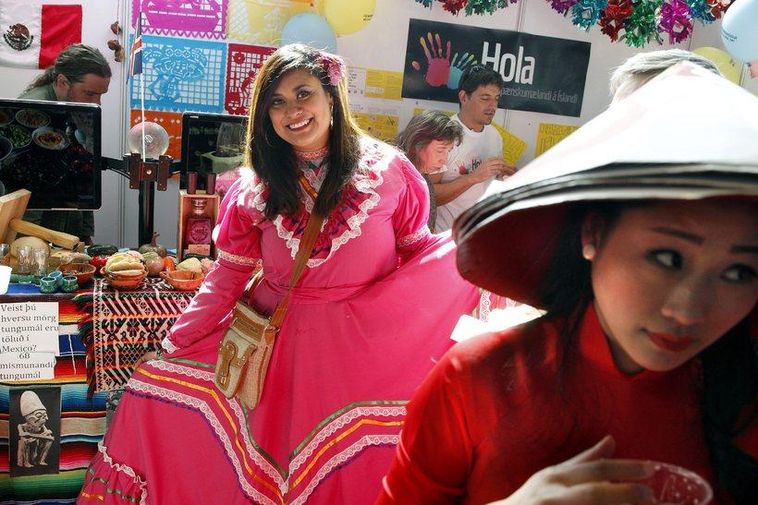 Multiculturalism in Iceland celebrated in Reykjavik on Saturday. There are now 24,730 foreign nationals living in Iceland. Photo: Golli

990 children were born in the first quarter of 2015, as compared to just 600 registered deaths. Net migration into the country was 290.

64.2% of the populations lives in Greater Reykjavik (the agglomeration of Reykjavik City and six neighbouring municipalities) and 35.8% in the rest of the country.

Norway was the top destination for emigrants of Icelandic nationality in the first quarter of 2015 (220 emigrants of a total of 800). 530 more emigrated to Denmark, Norway and Sweden. The biggest destination for foreign nationals leaving Iceland was Poland (100 of 430).

Most Icelandic nationals immigrating back to Iceland in the first quarter of 2015 returned from Denmark, Norway and Sweden (300 of 430). Poland was the country of origin of most foreign nationals moving to Iceland (340 of 1090).

There are currently 24,730 foreign nationals living in Iceland, some 7.5% of the total population.