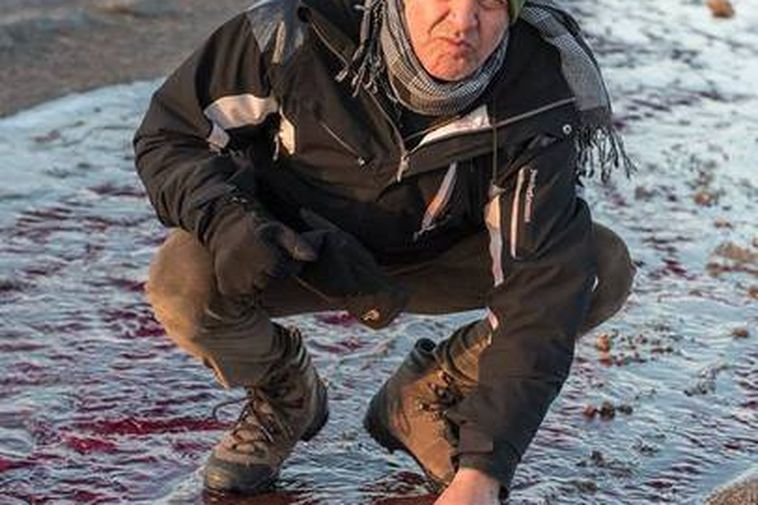 Marco Evaristti, the artist who poured five litres of food colouring into the Strokkur geysir on Friday morning and turned it pink has been fined 100 thousand kronas (approx. 680 Euros) for disrupting the delicate balance of nature in the area. Evaristii has decided, after talking to Icelandic lawyers, not to pay the fine.

Strokkur, and the whole Geysir area is a nature reserve. "I made sure that my installation had no harmful effects on the environment," he says and adds that the colour has entirely disappeared. He is surprised at the fine and says that police interrogated him, asking him why he poured the food colouring into the geysir and what the colour was made of. Evaristti provided police with documents from Denmark stating that the colour is harmless.

"I'm taking this fine to the court of law. Landowners of the Geysir area disrupt nature by allowing hoardes of tourist coaches to go there and by putting up electric cables. They'll have to take down all the electric pylons and stop all the coaches. And then they need to stop volcanoes from erupting because the ash might enter the geysirs. I don't know, there are just so many things to consider," he adds.