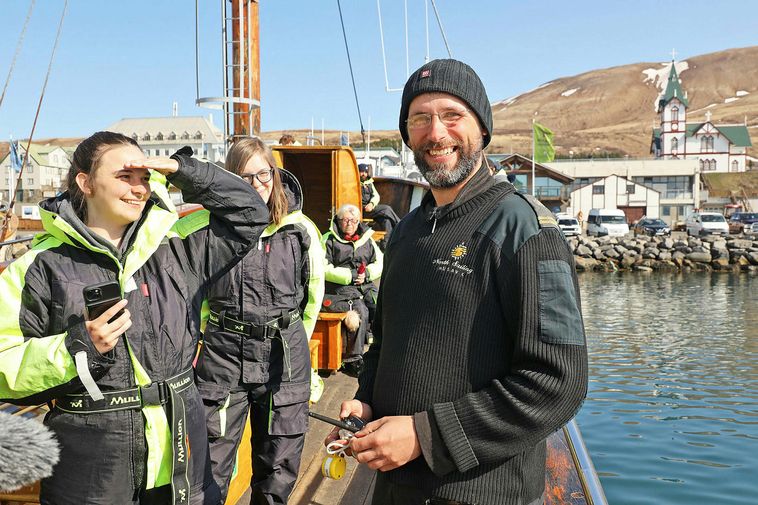 “Spring is in the air, and there is krill is in the ocean, which is full of food,” Christian Schmidt, guide for North Sailing, Húsavík, Northeast Iceland, tells Morgunblaðið.

Lately, North Sailing has offered two to three whale watching tours a day, using the boats Náttfari and Bjössi Sör. Next week, already, more tours will be added to the schedule.

“We’ve seen quite a number of whales during our tours the past few days,” Christian states. “There were humpback whales by Lundey island and minke whales by Kinnarfjöll mountains. The number of whales increases a great deal at this time of year. The tours last about three hours, and in addition to seeing whales, our passengers have been able to watch unique bird life.” [Lundey island, for example, is a haven for puffins, its name meaning ‘puffin island.’]

Christian is from Germany and has worked for North Sailing since 2009. He spends up to nine months a year in Iceland. “Tourists are flocking to the country, and lately, we’ve had passengers from Germany, Spain, Italy, France, and many other countries,” he notes.