Swarm of Earthquakes on Reykjanes Peninsula 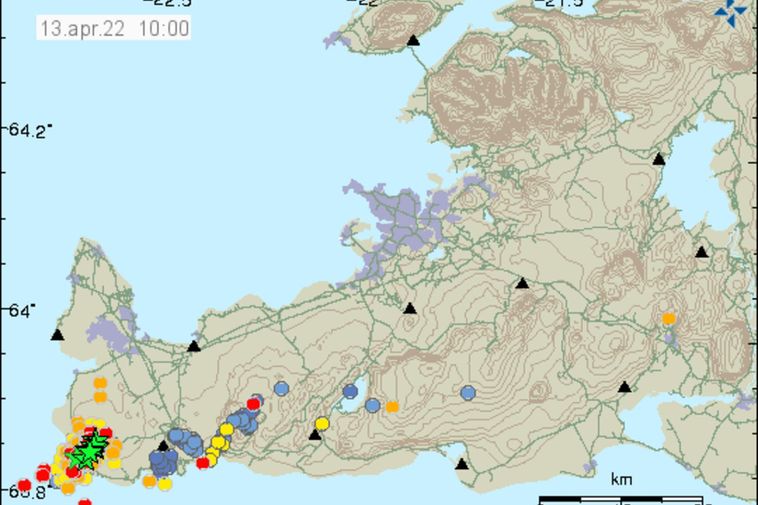 A swarm of earthquakes began on the Reykjanes peninsula, Southwest Iceland last night, mbl.is reports. The first quake, of magnitude 3.2, hit at 9:22 pm, followed by another one a second later, measuring 3.9, according to the Icelandic Met Office. Earthquakes of this magnitude haven’t hit the area since November last year, when one measuring 3.5 shook the peninsula.

According to the Icelandic Met Office, eight of the quakes in this swarm were of magnitude 3 or larger. The latest one in excess of magnitude 3 hit at 35 minutes past midnight. It measured 3.1. A total of close to 350 tremors have registered in the area during the past 48 hours.

The source of most of them was between 5 and 8 km north-northeast of Reykjanestá point, at a depth of 5 to 7 km.

The Met Office has received numerous reports from people on the Reykjanes peninsula who felt the largest quakes.