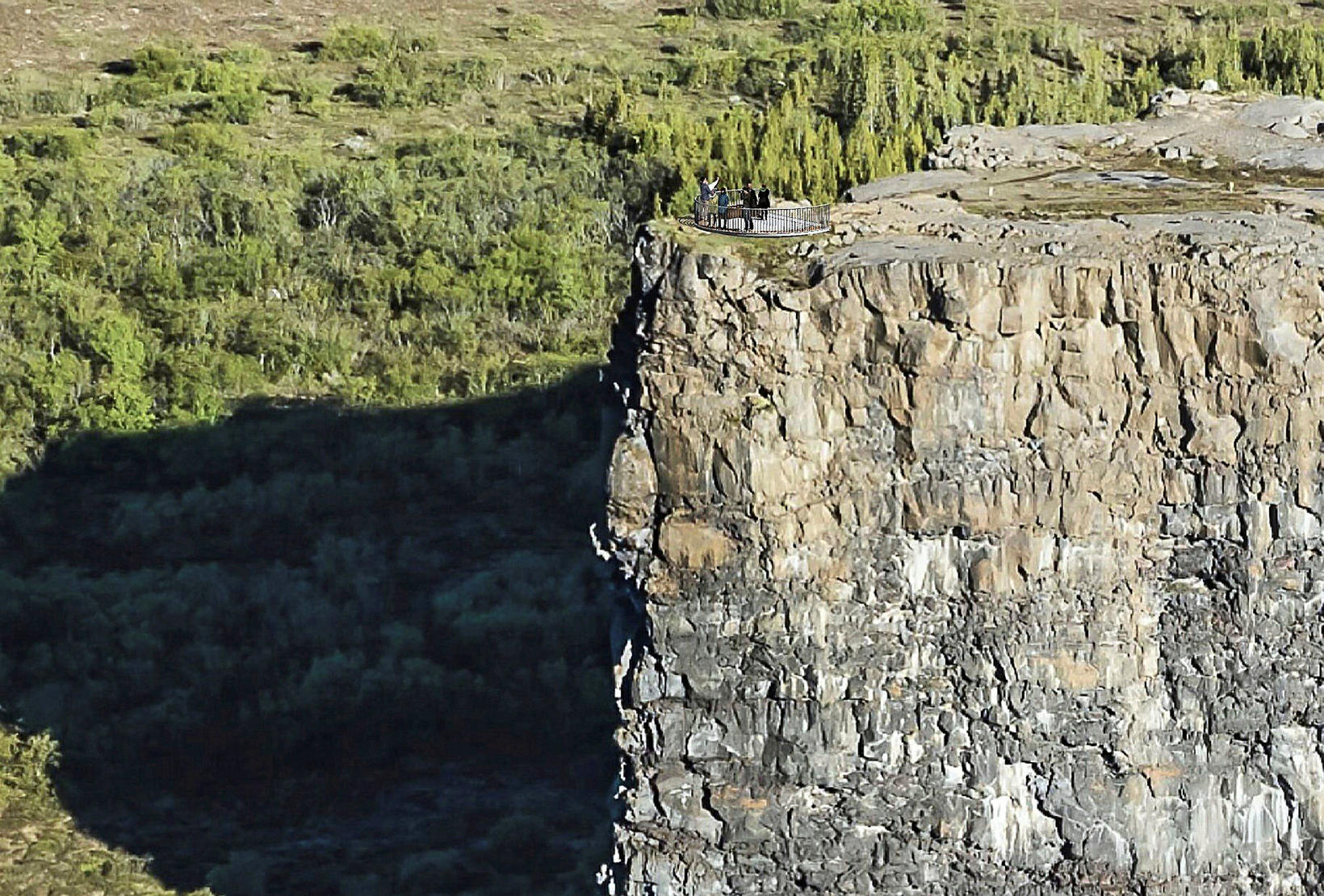 The platform in Ásbyrgi will look like this. Computer-generated image

There are plans to build an observation platform on the central cliff in the glacial canyon Ásbyrgi, Northeast Iceland, Morgunblaðið reports. Steps up the cliff to the platform will be installed as well. The project is one of 151 planned by the State at a cost of ISK 2.7 billion (USD 21 million; EUR 19 million) for the coming two years, with the aim of protecting nature and places of cultural history in Iceland.

Minister of the Environment, Energy and Climate Guðlaugur Þór Þórðarson presented the projects in Akureyri, North Iceland, yesterday. He explained they involved infrastructure at 90 different locations frequently visited by tourists.

The largest amount, or ISK 222 million, will be allocated to three large projects at Þingvellir National Park, including trails, parking lots and information signs. Those are planned for next year.

This year’s largest project, however, involves the building of a new trail in the Geysir hot spring area, South Iceland. 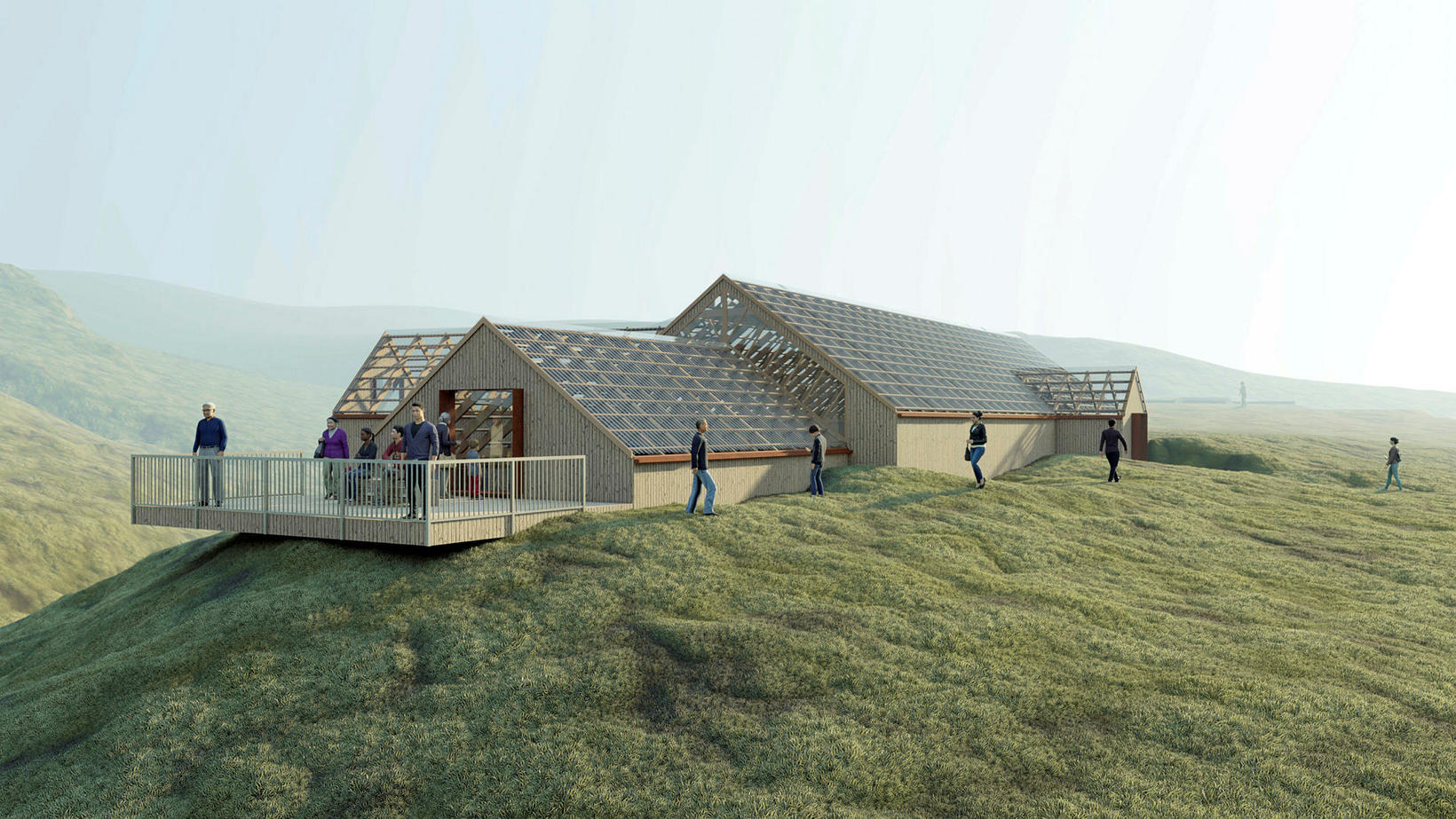 This is what the new protective shelter at Stöng will look like. Computer-generated image/Architect: Karl Kvaran

Several projects are planned in Vatnajökull National Park, including the Ásbyrgi platform, mentioned above. In addition, work on trails near Dettifoss waterfall will continue. Besides, trails, observation platforms and restrooms will be built on Langavatnshöfði hill by Hljóðaklettar cliffs.

A new protective shelter will be built over the ruins of the Viking Age farm Stöng in Þjórsárdalur valley, South Iceland. It will be larger than the old one, providing better access for guests and better protection for the ruins.

In addition, trails and pedestrian bridges will be built at numerous other popular tourist attractions and signs installed, both for information and to ensure safety.