Golden Plover and Spring Have Arrived 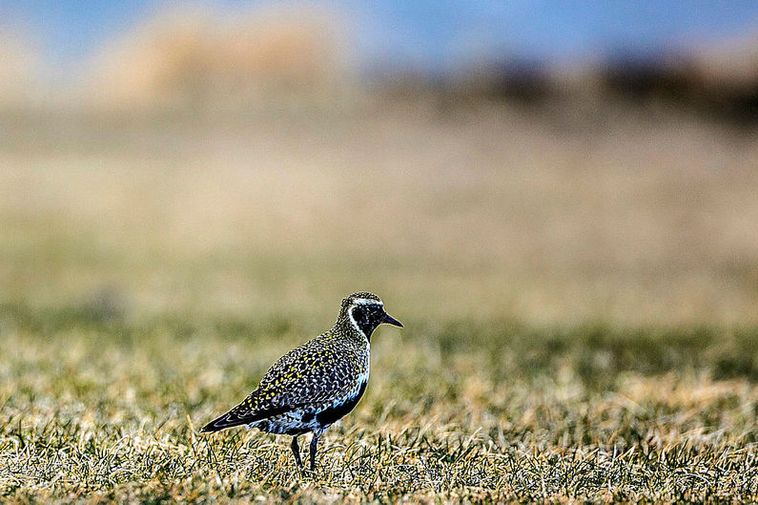 The European golden plover, traditionally seen as the harbinger of spring in Iceland, has arrived, according to the Facebook page of the South East Iceland Bird Observatory.

Spring is said to officially begin in the Northern Hemisphere with the vernal equinox, which this year was March 20, but in Iceland, we like to say that the day the golden plover arrives marks the beginning of spring.

This year, the arrival of spring in Iceland happened to coincide with the vernal equinox, because that’s when the first golden plovers arrived. Last year, by contrast, the bird was not spotted until March 28, when it was seen on the shore by the town Stokkseyri, Southwest Iceland.

Yesterday, five golden plovers were spotted in a field by the farm Grænahraun in Nesjar, Southeast Iceland, one in Gaulverjabær, Southwest Iceland, and seven in Grunnafjörður cove, West Iceland.

The golden plover is not only a harbinger of spring in Iceland. It has brought us fame as well. The only time a Birdeurovision contest was held — it was an online event in May of 2002 — the golden plover, representing Iceland, emerged as the winner, having delivered the sweetest bird song of Europe.

Other birds, too, landed in Iceland yesterday. Numerous redwings were spotted in South Iceland, all the way from Selfoss in the west to Djúpivogur in the east. Most of them, or about 100, were seen at the farm Reynivellir in Suðursveit, Southeast Iceland.