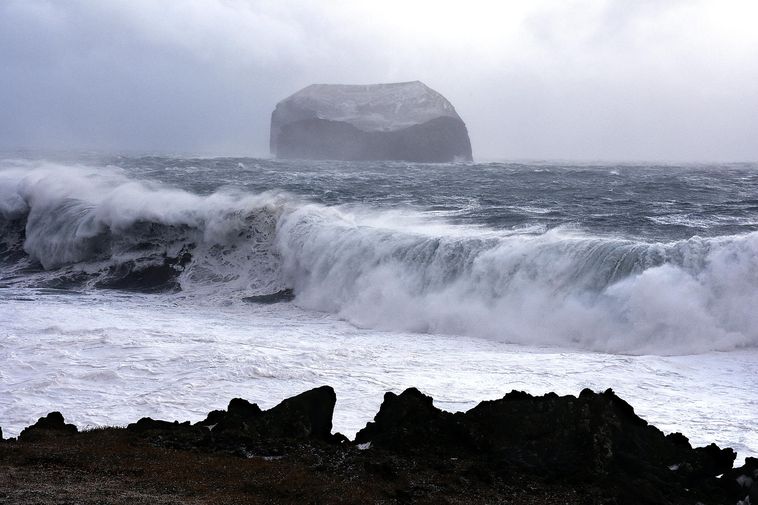 There was high surf and big waves near Vestmannaeyjar islands yesterday, when a severe weather system moved across Iceland, Morgunblaðið reports. The forecast called for waves of up to ten meters (33 ft) yesterday, as well as today.

Unusually strong winds were recorded yesterday morning, such as on Reykjanesbraut road (the road between Reykjavík and Keflavík International Airport), where the largest wind gust measured 43 m/sec and the wind speed (meaning average wind speed during ten minutes) was 31.2 m/sec. In Tíðaskarð in Hvalfjörður fjord, West Iceland, a wind gust of 65 m/sec was recorded, and one in Vatnsskarð eystra mountain pass, East Iceland, measured 60.7 m/sec.

Guðrún adds that the timing of the severe weather in Southwest Iceland couldn’t have been better, since it hit in the middle of the night, when most people were asleep.