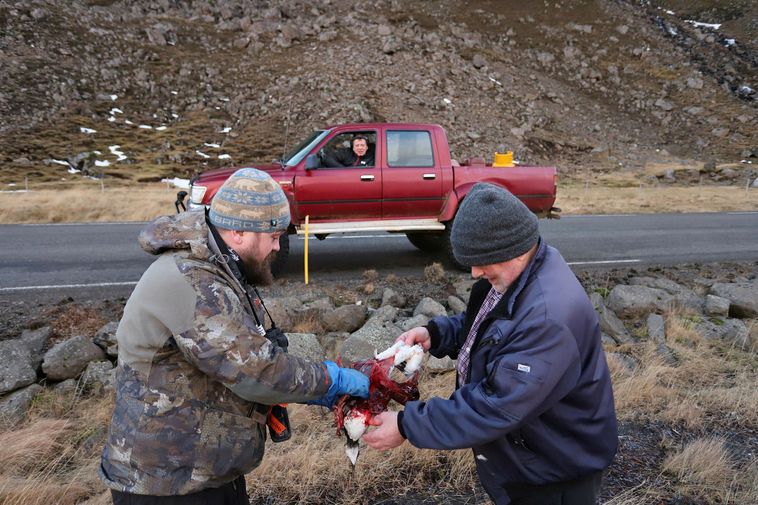 “Most of the carcasses were quite shriveled and battered,” the Research Center reports on its website, “but among those that remained relatively whole, you could tell that most, but not all, were very skinny.”

The Research Center states that reasons other than hunger may explain the recent death of birds.  Some of them may have been injured by hunters. Another explanation could be diseases, such as bird flu.

Yesterday MAST, the Icelandic Food and Veterinary Authority, posted a report on its website regarding the recent discovery of dead seabirds in the East Fjords.

Samples from the carcasses are being examined by MAST. “Bird flu is widespread in Europe these days, in wild and domestic birds alike,” the report reads. “Although bird flu is unlikely to cause the death of so many wild birds, MAST will see to that the samples be examined at the University of Iceland Institute For Experimental Pathology at Keldur.”

MAST states that the bird flu variants currently most common in neighboring countries have not been transmitted to people.  Still, dead birds should be handled with disposable gloves only.

If a dead bird is found, which clearly hasn’t died of an accident, MAST should be notified.