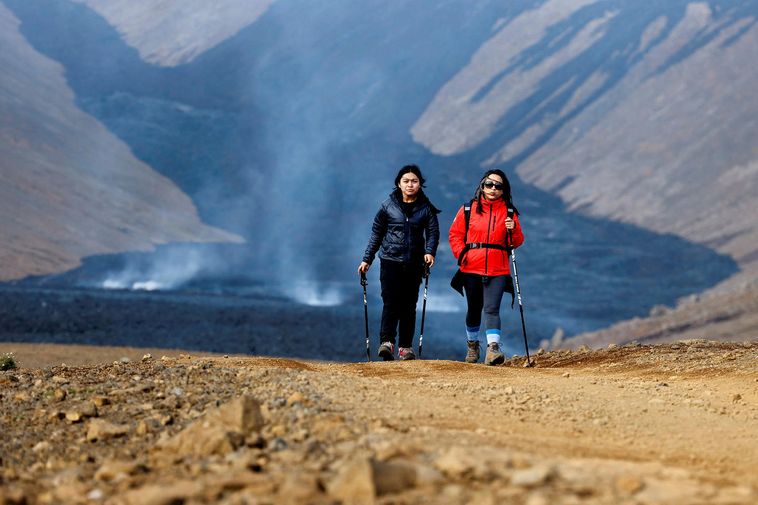 Due to ongoing seismic activity near Fagradalsfjall mountain, Southwest Iceland, the Department of Civil Protection and Emergency Management and the Suðurnes chief of police have activated text messages (SMS messages), which will be sent to people who enter a previously defined area there, mbl.is reports.

“This is being done since an eruption could occur on short notice,” a message from the department reads. In case of an eruption, the text messages will be changed to direct warnings to those located within the defined area.

The department notes that possibly, people somewhat outside the area may receive such a message as well.

The Suðurnes chief of police advises against hiking near the Fagradalsfjall eruption site during this state of uncertainty.

Scientists have noted that the current seismic activity resembles the one that preceded the Fagradalsfjall eruption in March. Therefore, the area is being closely monitored.