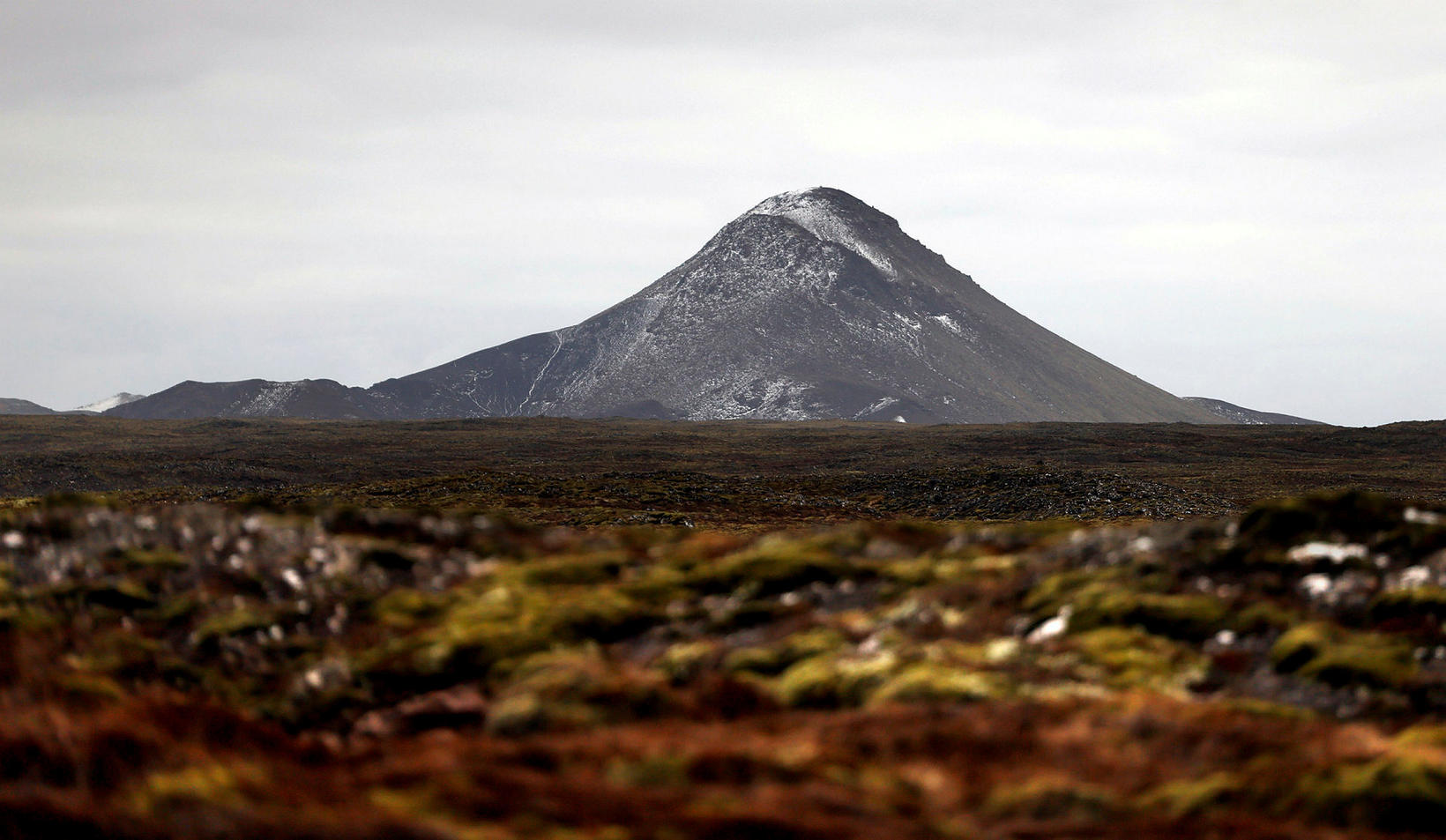 A swarm of earthquakes that started around 5 pm yesterday is still affecting the Reykjanes peninsula, Southwest Iceland, mbl.is reports. The largest one, of magnitude 4.2, hit at 4:24 am. Its source was at a depth of 3.3 km, 1.7 km northeast of Fagradalsfjall mountain. 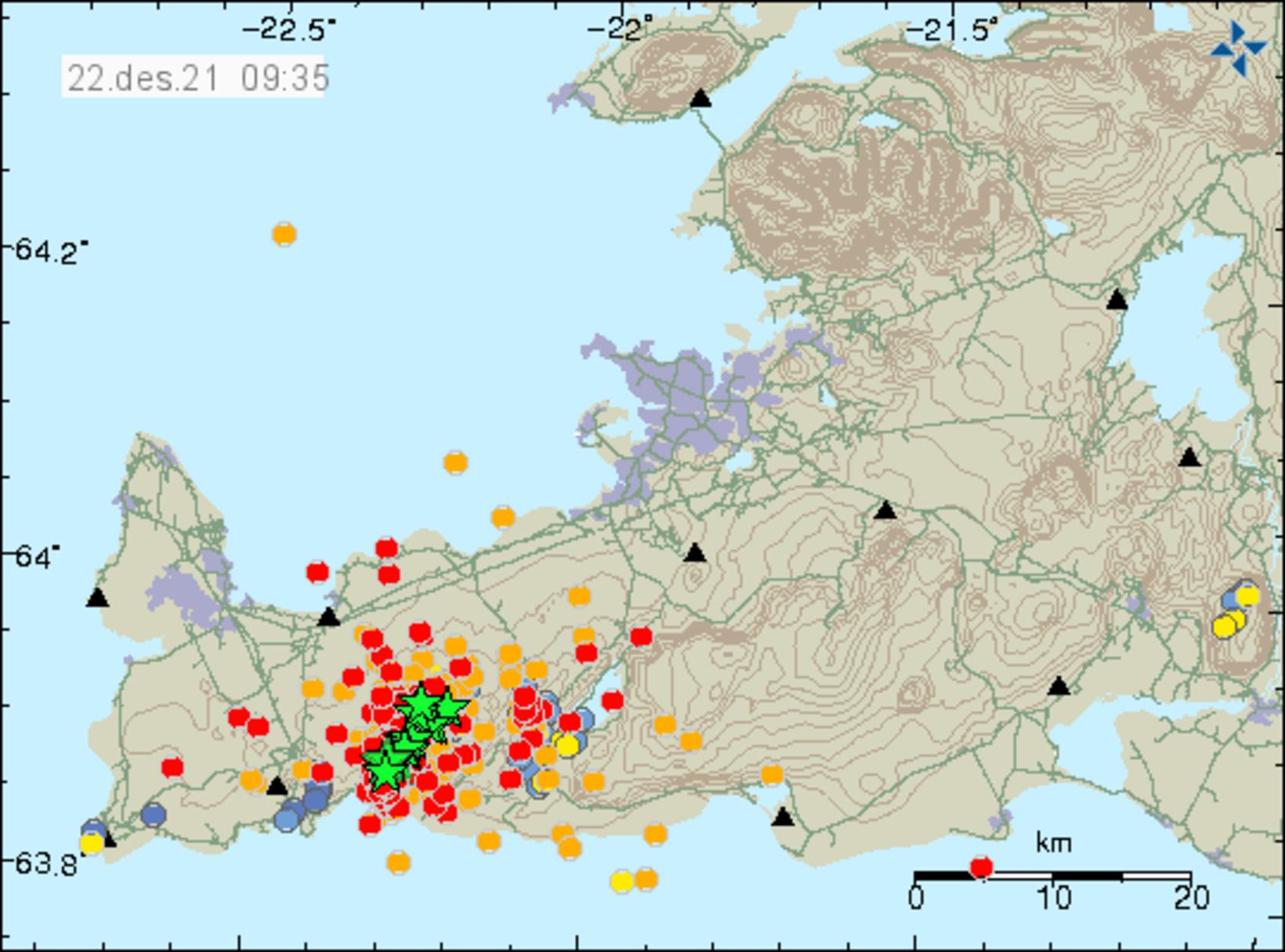 The location of the seismic activity. Map/Icelandic Met Office


According to vedur.is , more than 1,100 tremors have registered since yesterday afternoon, 23 of which were in excess of magnitude 3. The most recent one hit at 9:13 am, while this story was being written, causing the reporter’s computer screen to tremble. It was of magnitude 3.7. Its source was at a depth of 4.2 km, 2.6 km north-northeast of Fagradalsfjall mountain. [An even stronger one, of magnitude 4.9, hit at 9:23 am.] 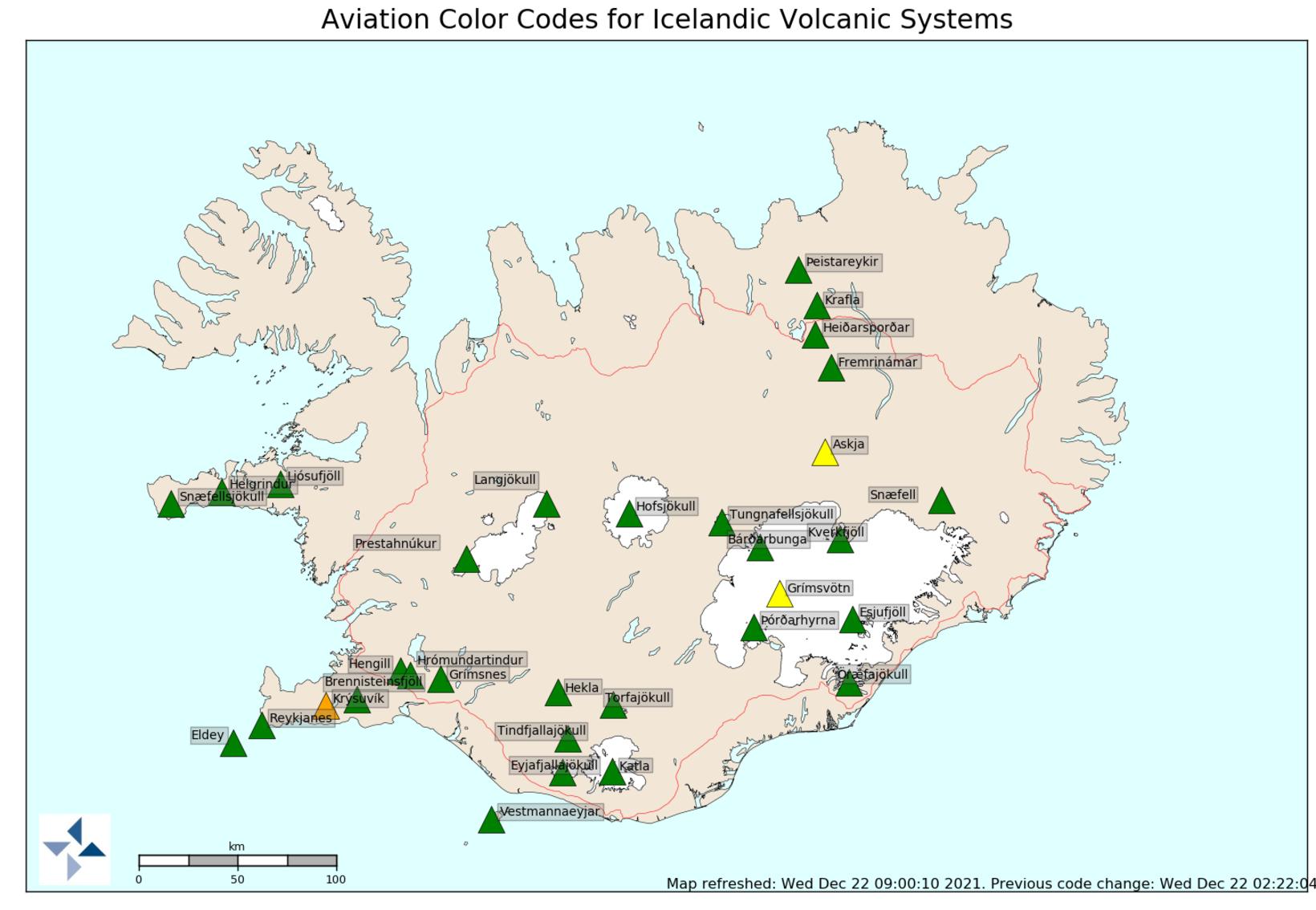 Due to the present seismic activity, the aviation color code for the Reykjanes peninsula has been changed to orange, indicating that a “[v]olcano is exhibiting heightened unrest with increased likelihood of eruption,” according to the definition on vedur.is.