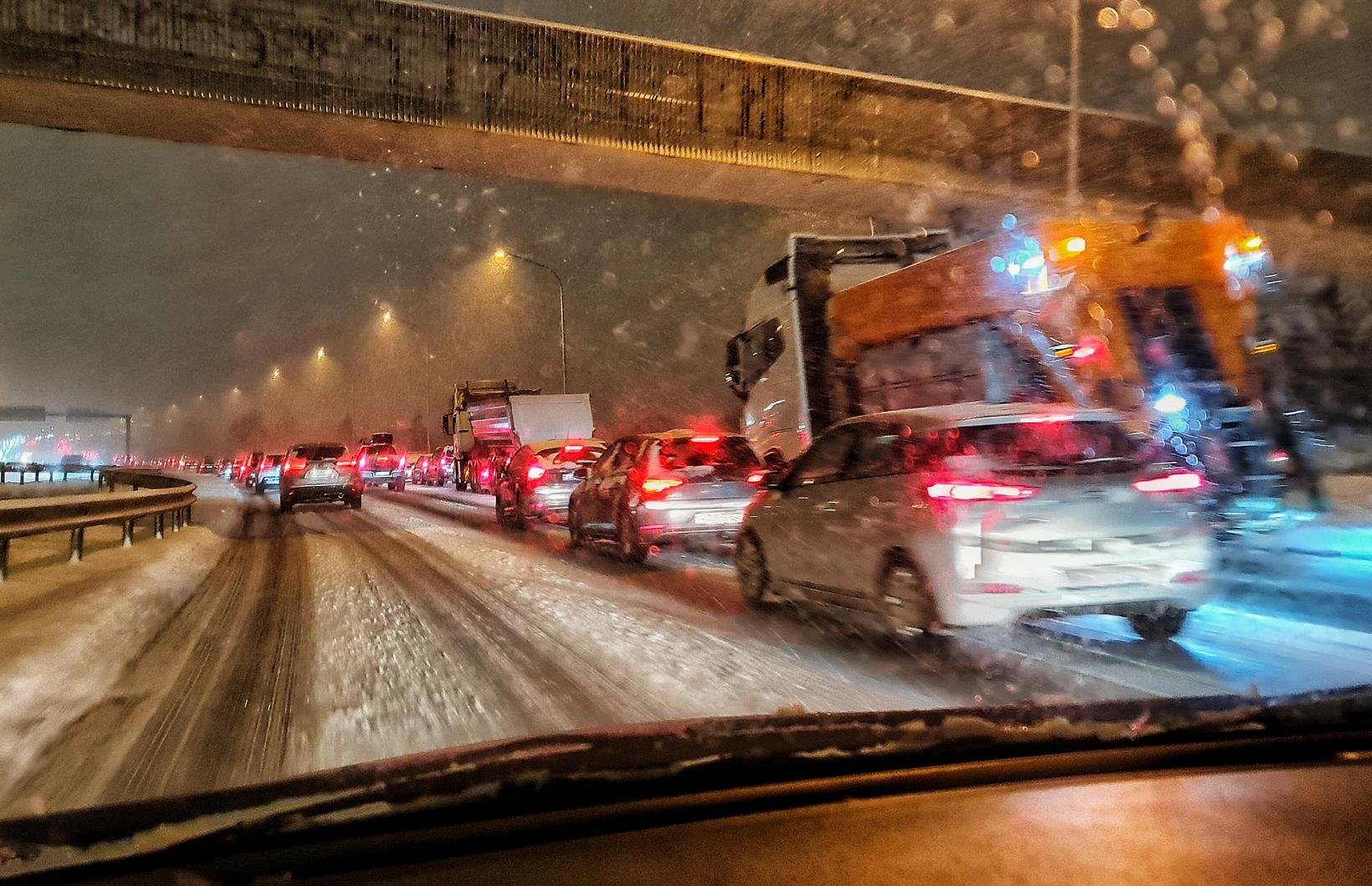 Snow began falling in Reykjavík and vicinity yesterday afternoon and the snowfall continued into the evening, causing major traffic delays and numerous traffic accidents, mbl.is reports. According to the Capital Area Police, one of the main reasons for the delays is that numerous vehicles still have only summer tires. The police encourage drivers to have their vehicles well equipped for winter to maximize safety and avoid fines.

In Laugardalur park, members of Þróttur Soccer Association had to clear the field of snow to make it possible for its teams to practice.

This was the first major snowfall of the season in the capital area, and it must be admitted that although it created delays and trouble, it did, too, lighten up our otherwise dark surroundings in the middle of winter.