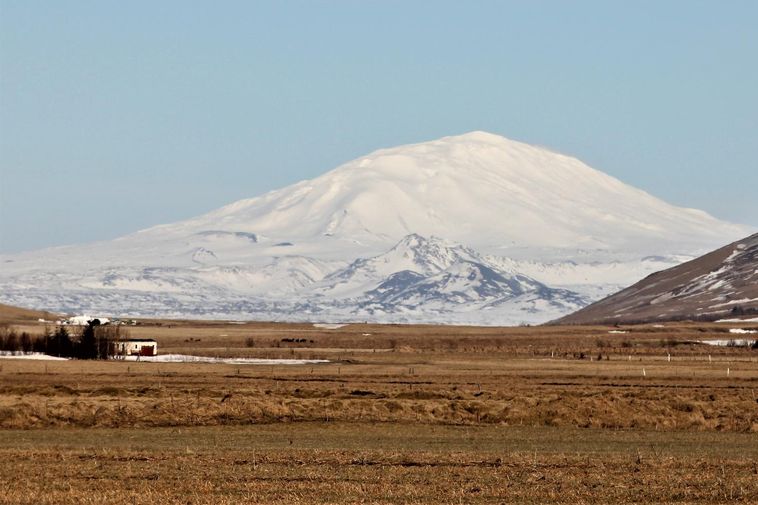 The Earth continues to tremble in the vicinity of Hekla volcano, South Iceland, Morgunblaðið reports.

Four earthquakes of magnitude 3 or more were detected yesterday in Vatnafjöll mountains, south of Hekla. The largest one occurred at 1:21 pm and measured 3.8. Those earthquakes are part of a seismic swarm that began in the area November 11.

Last night, 40 tremors had registered in the region during the previous 48 hours.

The Icelandic Met Office received reports of the largest earthquakes having been detected in the towns Hvolsvöllur and Hella, South Iceland.

According to the Icelandic Met Office, the earthquakes are not believed to indicate that an eruption in Hekla volcano is imminent.

The largest earthquake in this seismic swarm hit November 11, measuring 5.2 in magnitude. At the time, Magnús Tumi Guðmundsson, geophysicist, stated that in all likelihood, the earthquake was tied to the tectonic plate boundary in South Iceland.

For the latest on seismic activity, go to vedur.is.