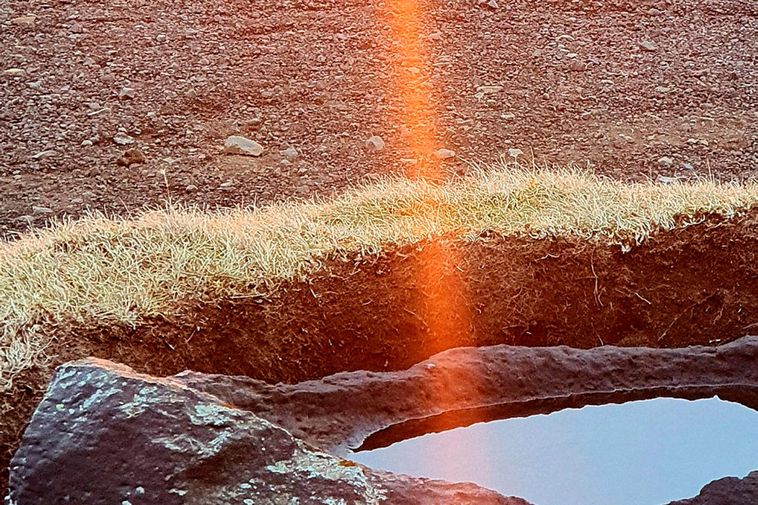 This amazing photo, taken by the farmer Jónas Erlendsson, shows the sun setting behind Reynisdrangar sea stacks, near the village Vík í Mýrdal, South Iceland. Almost magically, the sun’s rays point straight at the unusual rock, discovered by Jónas in June on Fagradalsheiði moor. The rock, which weighs many tons, has been hewn to look like a ship.

The ‘ship’ is considered among the most important archeological discoveries in the district.

Nothing is known about its purpose or origin, but residents of the region have known about its existence for a long time. Jónas remembers being shown the rock by his grandfather more than 50 years ago. Many years later, when he wanted to revisit it, it seemed to have disappeared.

Some have suggested the rock derives from the time when Irish and Scottish monks lived there. Archeologists have examined the location and sought explanations from Scotland, but to no avail. Further research of the area is planned.