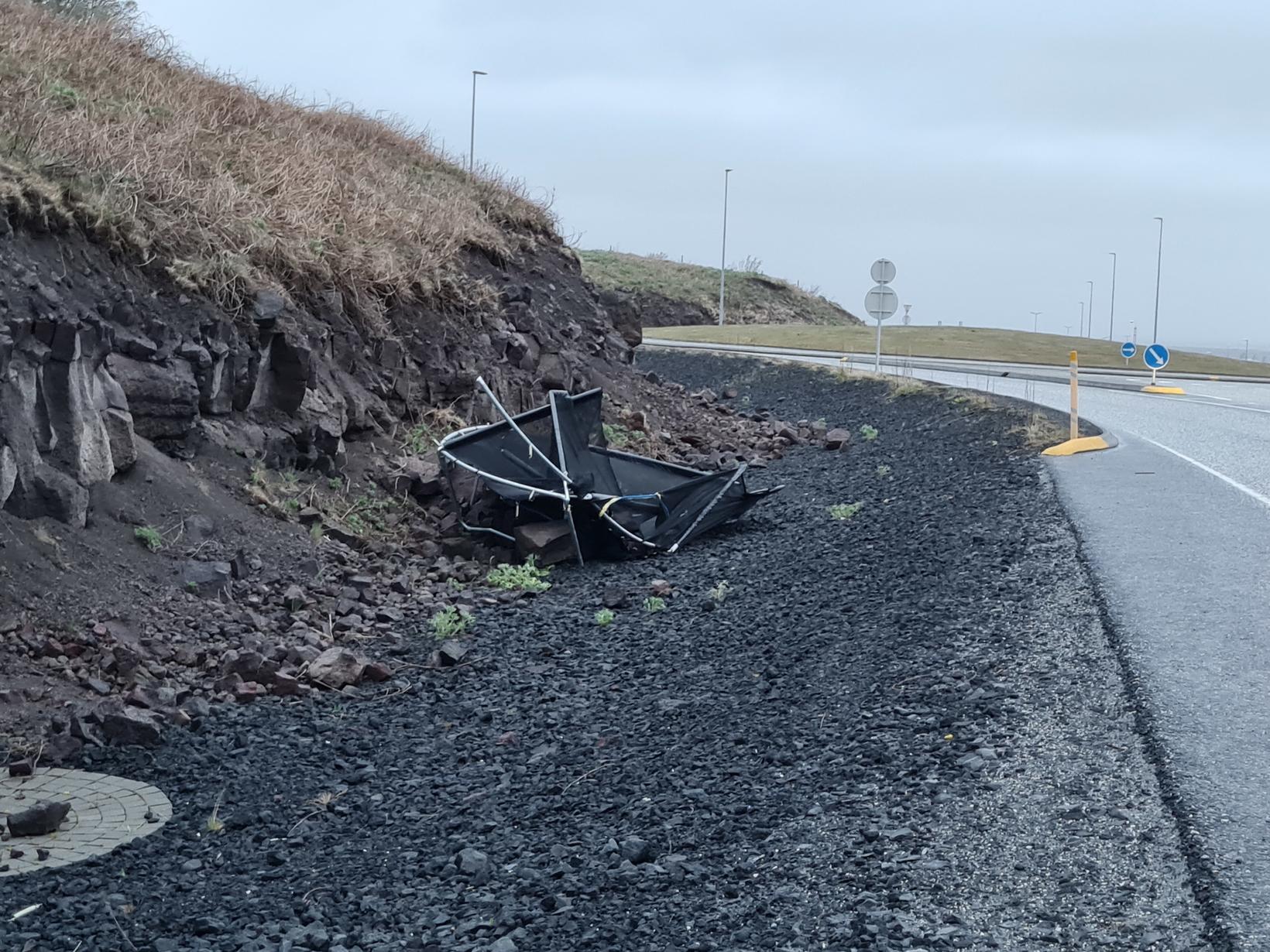 Trampolines have no trouble flying. mbl.is/Þorsteinn

The Icelandic Met Office has issued a yellow weather alert for South Iceland, the Breiðafjörður region in West Iceland, the West Fjords, Southeast Iceland and the central highlands.

An east or northeast gale or severe gale is expected with wind speeds of  up to 23 m/sec and wind gusts of about 35 m/sec. There will be limited visibility due to rain. The conditions can be hazardous for vehicles susceptible to wind, and residents are advised to secure their neighborhood. 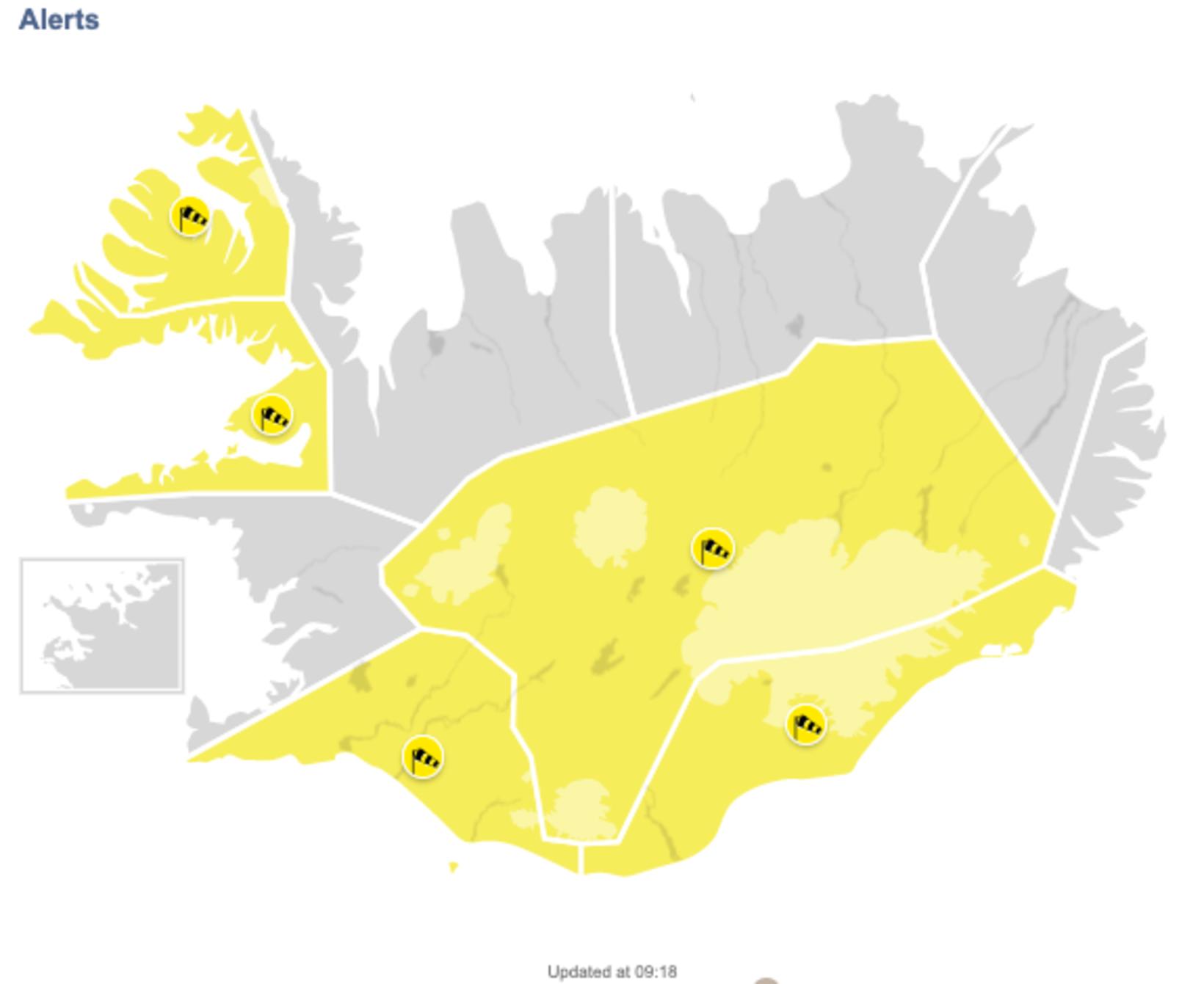 Travel could be hazardous in the highlands. There, the precipitation could be in the form of rain or snow.

The gale has already moved into the south, as well as the highlands. For South Iceland , the yellow warning will be in effect until 5 pm, for Southeast Iceland until 6 pm, and for the highlands until 9 pm.

For Breiðafjörðu r, the warning will be in effect from 9 pm tonight until 5 am tomorrow.

It will be in effect from 3 pm today until 6 am tomorrow for the West Fjords .

For the latest weather update, go to vedur.is .

“Please secure items the wind could blow away and clear drains,” a Facebook statement from the capital area firefighters reads.