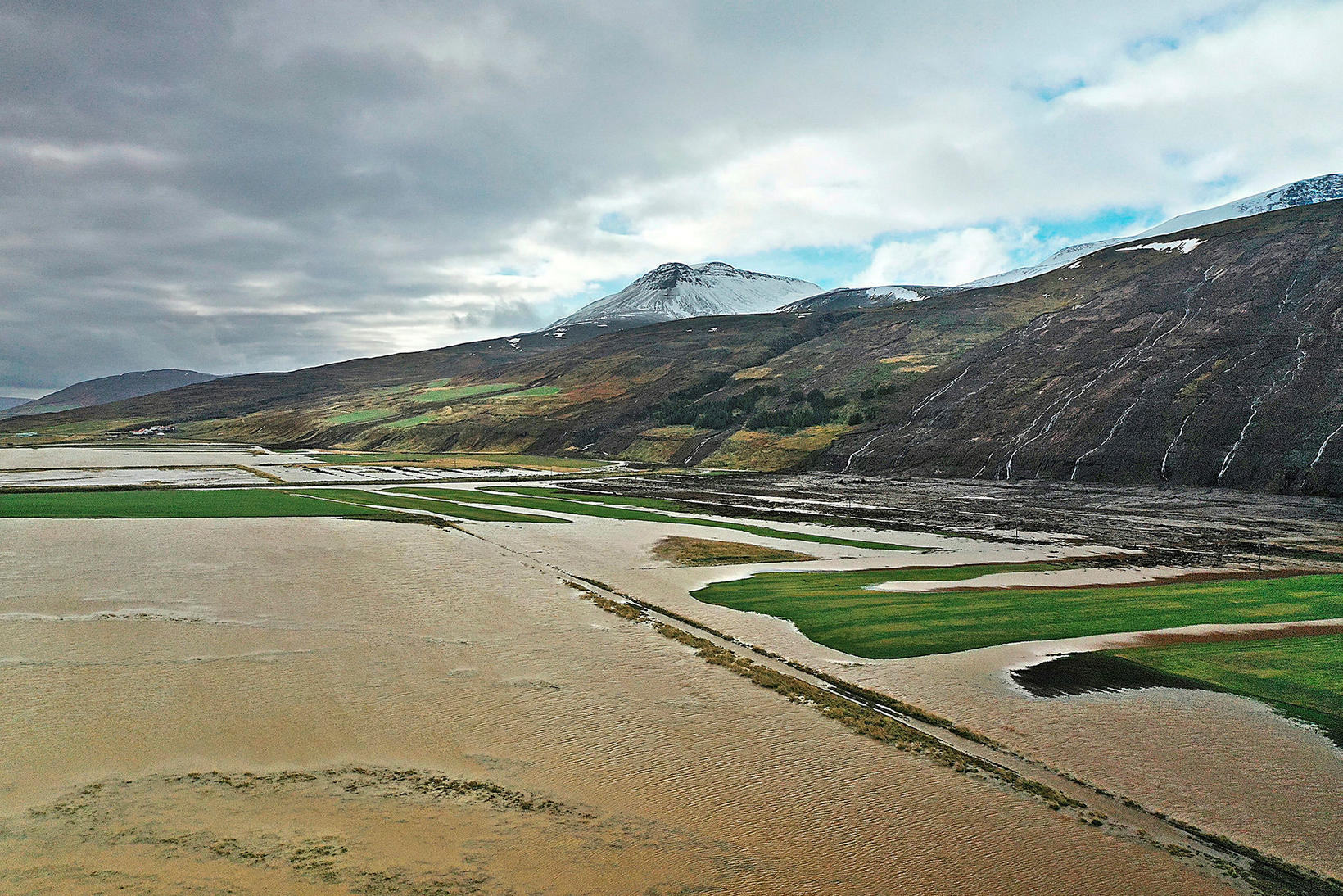 The landslides that occurred over the weekend in the Kinn and Útkinn areas, southwest of Húsavík, North Iceland, left large wounds in mountain slopes, Morgunblaðið reports. Precipitation in the area amounted to up to 230 mm (9 in) in 48 hours. About 20 landslides occurred, some of them up to a kilometer in width, sending large amounts of mud into lowlands and fields.

Twelve farms, where about 50 people reside, remain evacuated. Never before has it been necessary to evacuate farms in the area. The road through Kinn to Húsavík remains closed. Traffic is redirected over Fljótsheiði mountain and through Aðaldalur valley. 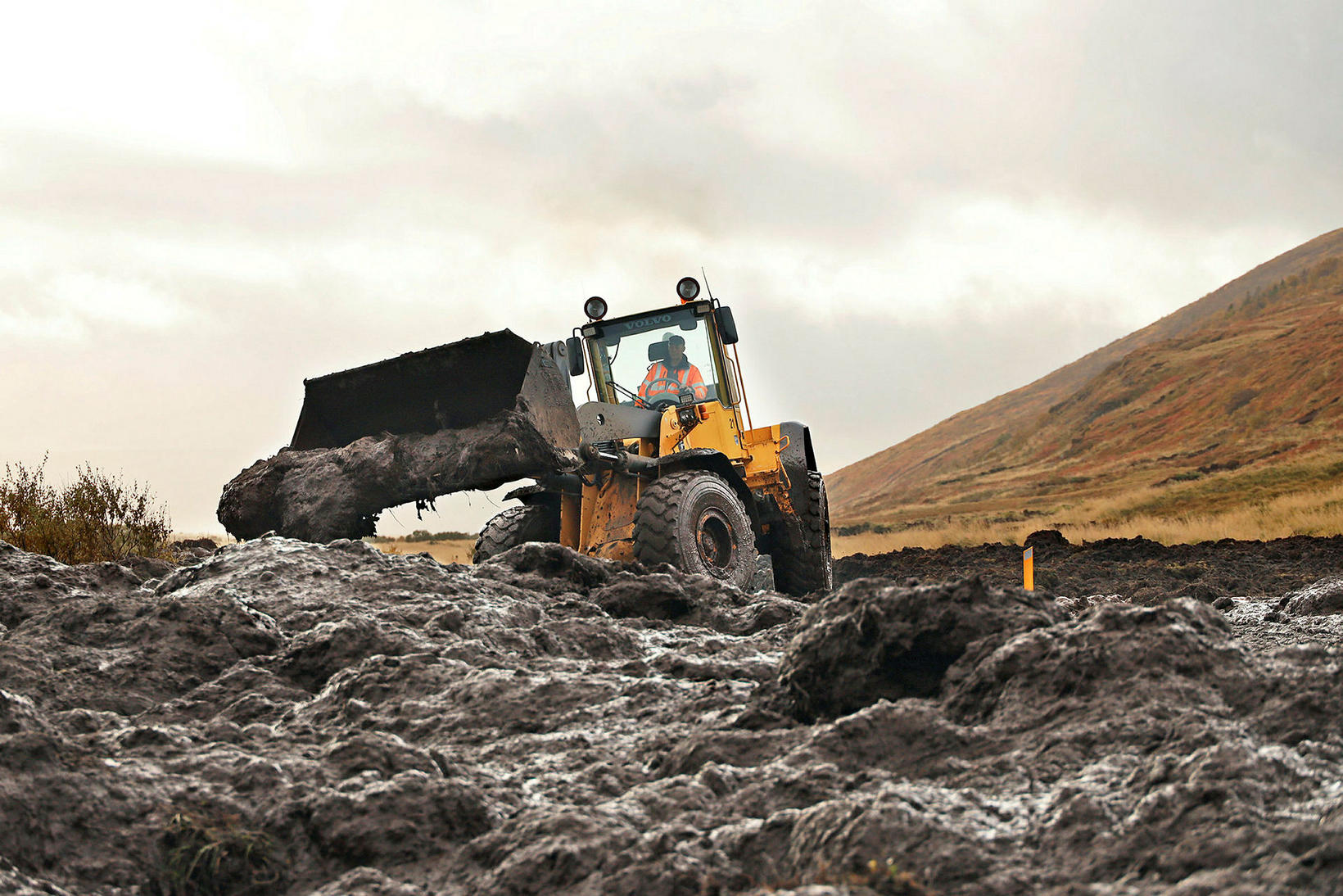 
Scientists flew drones over the mountain slopes yesterday to help assess the situation.

“The possibility of landslides in this area was not included in any existing contingency plan,” states Húsavík Police Inspector Hreiðar Hreiðarsson. “This surprised most people, and people are shocked. Still, everyone is grateful for the help provided, and all instructions and orders are well received.”

The extent of damages remains unclear, but fences have been destroyed, fields have been damaged, and power lines and fiber-optic cables have been cut.

“The noise that accompanied the landslides was loud,” states Bragi Kárason, farmer at Nípá in Útkinn. The sky seemed to be tumbling down. I was in the cowshed Saturday night when this happened, and I was quite startled.”

“A third of Bjargafjall mountain has ended up in the lowlands,” he continues. “Large areas are inundated with water, and the ditches are clogged up.”

There is continued rain in the forecast for this part of the country. The Scientific Council of the Department of Civil Protection and Emergency Management will hold a meeting at 1 pm to discuss the situation.