A total of 12 farms in the Kinn and Útkinn areas, southwest of Húsavík, North Iceland, were evacuated yesterday, due to landslides, mbl.is reports. Numerous landslides occurred in the area, but no injuries have been reported. Rescue workers assisted farmers in getting to their cowsheds to milk the cows.

Pouring rain in North Iceland caused several basements in the town Ólafsfjörður to flood. Firefighters and rescue workers were busy day and night, pumping water out of basements. “According to the locals, it has rarely rained this much,” states Fjallabyggð Fire Chief Jóhann Jóhannsson. 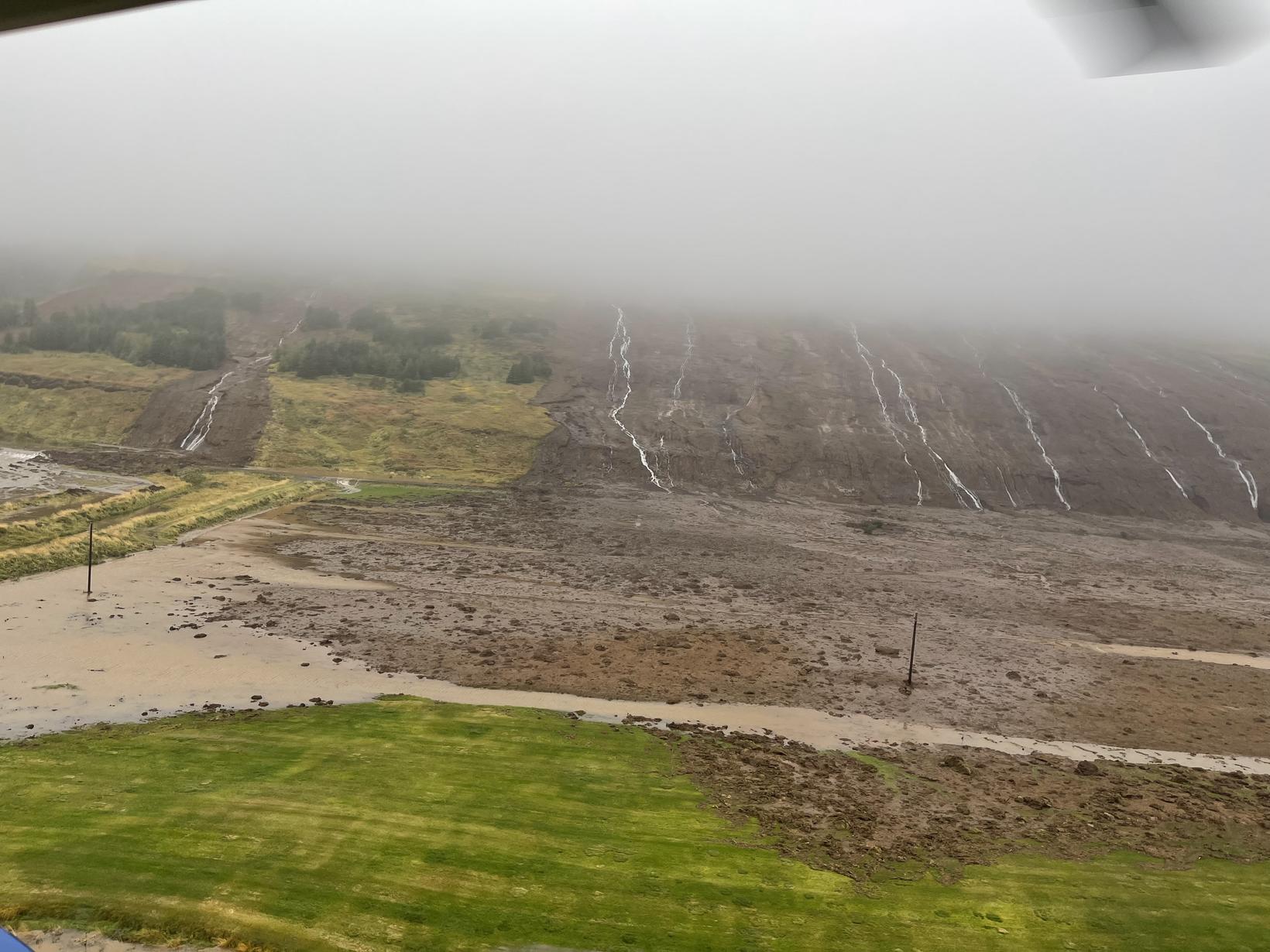 The national police commissioner declared a phase of uncertainty yesterday on the Tröllaskagi peninsula, while in the areas Kinn and Útkinn, an alert phase was declared due to heavy rain and a risk of landslides.

Róshildur Jónsdóttir resides at Rangá in Útkinn, one of the farms that had to be evacuated. She states this is the heaviest rain she has ever seen.

Óliver Hilmarsson, avalanche specialist at the Icelandic Met Office, states that the first landslides occurred Saturday afternoon. Although the rain decreased on Sunday, landslides continued, since the ground was completely saturated.

“Landslides have occurred in this area before,” he states, “ but to find something comparable to this, you’d have to go back centuries,” — as far as the 18 th century. “Possibly, with climate change, events such as this one are becoming more frequent,” he adds.

The rain was expected to increase again overnight. The evacuation order will be in effect at least until noon today. First responders and meteorologists will meet at noon to assess the situation.