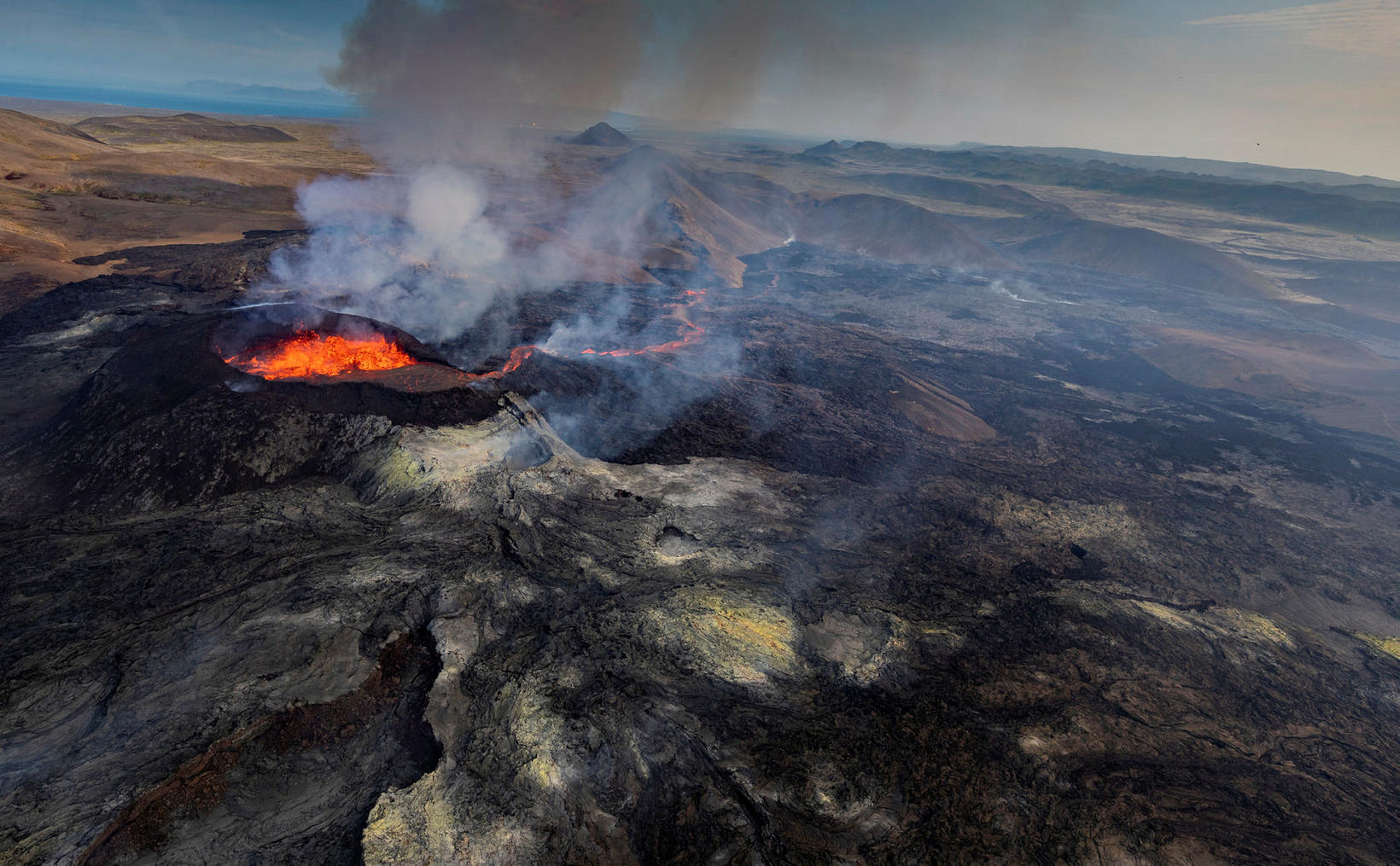 Yesterday, six months had passed since the beginning of the Fagradalsfjall eruption, Southwest Iceland, March 19. This eruption is the longest one in Iceland this century, Morgunblaðið reports. 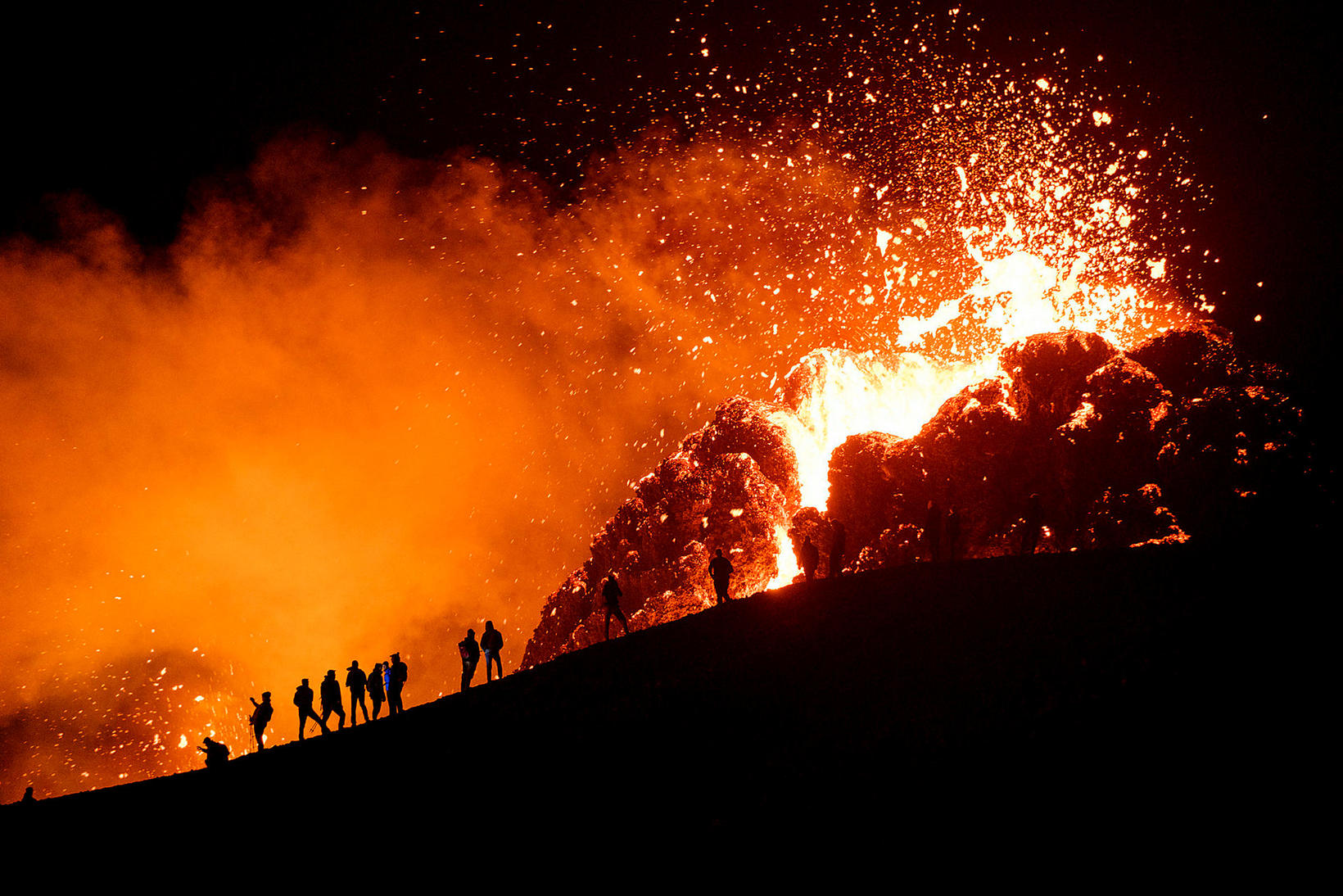 
“Those six months have been very interesting,” states Þorvaldur Þórðarson, professor of volcanology at the University of Iceland. He states that the third stage of the eruption has begun. The first stage was that of all the vents opening, which ended when activity ceased in all of them but crater number five, which still remains active. Stage two followed and lasted until the end of August. 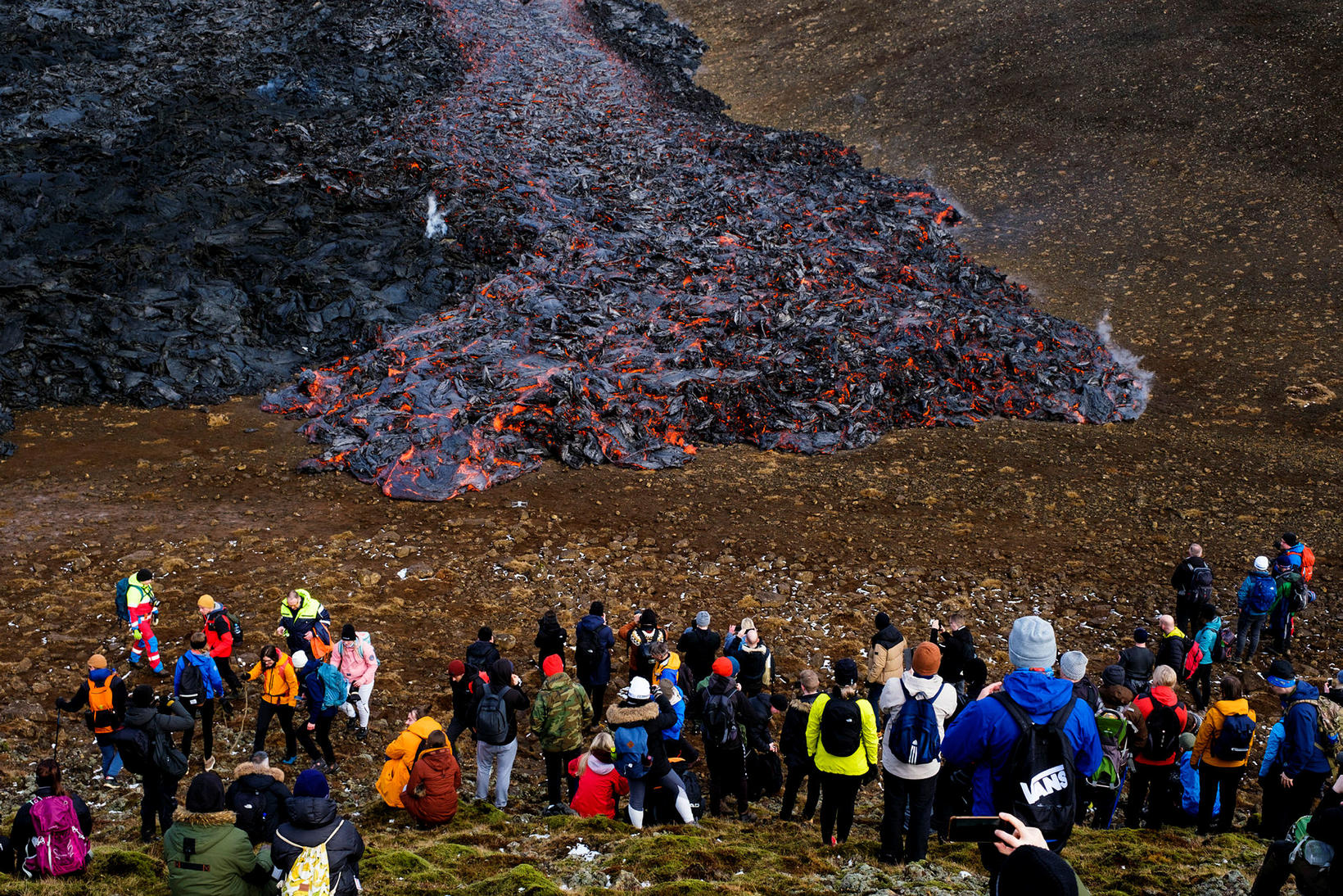 By then, a vent opened on the northwest side of the crater. Lava flowed, too, through the inside of the crater wall, creating cascades of lava. Magma that hadn’t been degassed was carried into the lava field in Geldingadalir valleys. There, new vents opened when the magma began degassing on Saturday, September 11, forcing its way through the solidified lava and creating magma fountains.

At the same time, the eruption seemed to pump both degassed  magma and magma that hadn’t degassed into a lava tank straight south of the crater, where a shield volcano formation can be detected. On Tuesday, last week, lava from there came flowing from underneath the solidified lava, creating a wave of lava that went rushing down into Nátthagi valley. 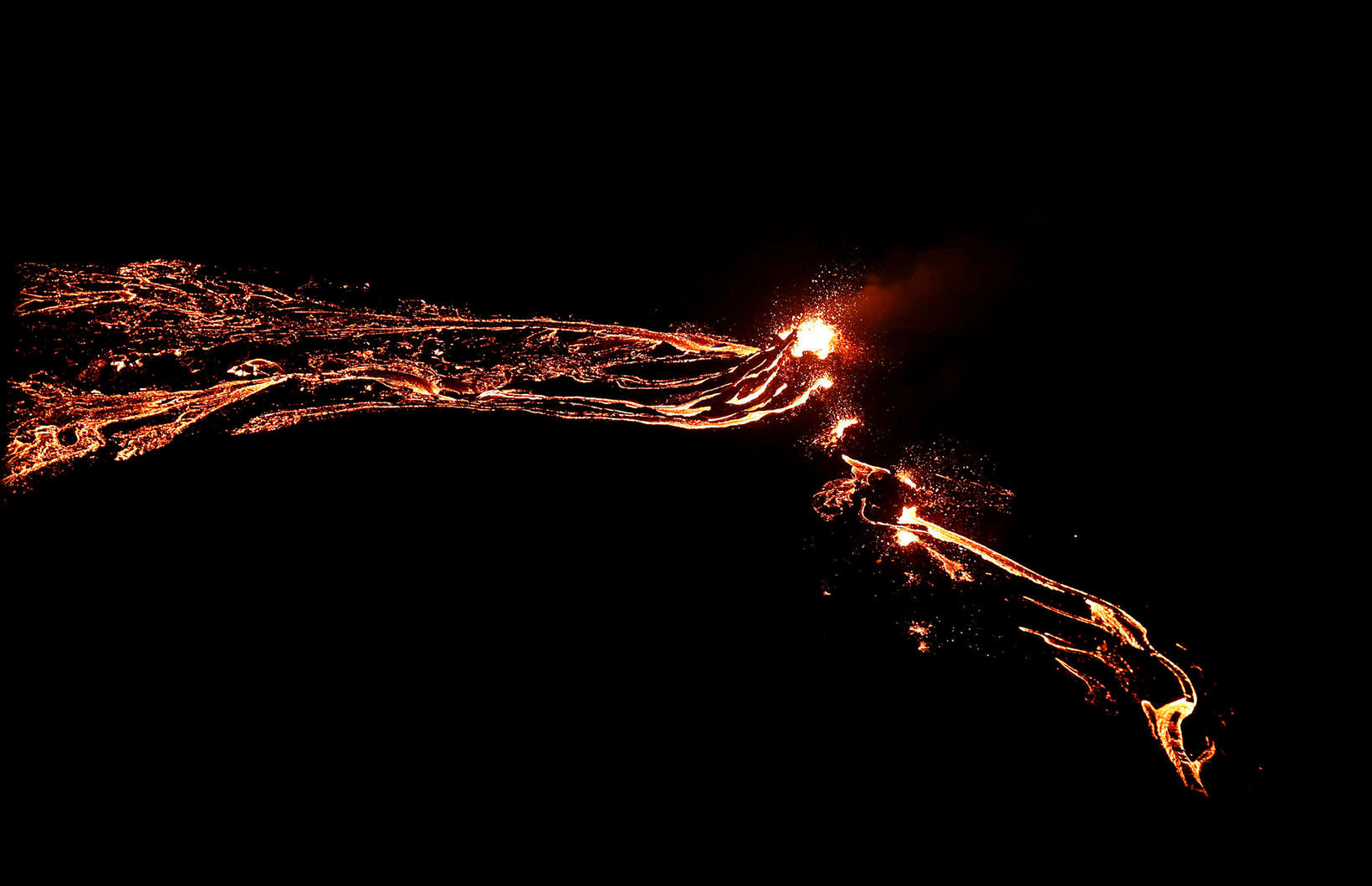 March 19, the first day of the eruption. mbl.is/Eggert Jóhannesson


Surface activity ceased for eight and a half days at the beginning of September and resumed September 11. “The vent got clogged up,” Þorvaldur states. “The production is limited enough that it took the magma that much time to find another way.” 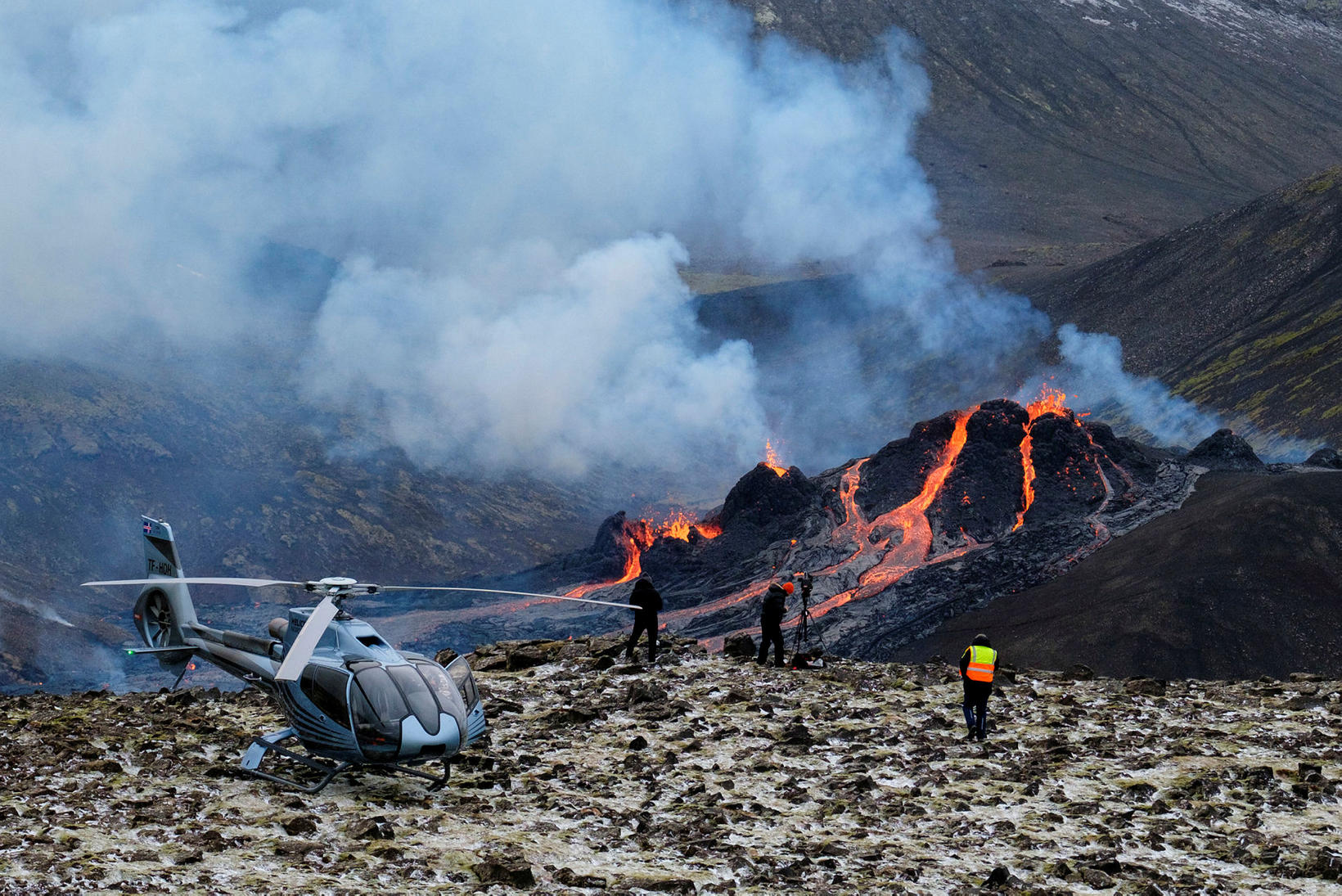 He notes that at the top of the vent, there is a great deal of degassed magma. It cools and stiffens, making it more difficult to move. He doesn’t rule out the possibility of the vent clogging up again. 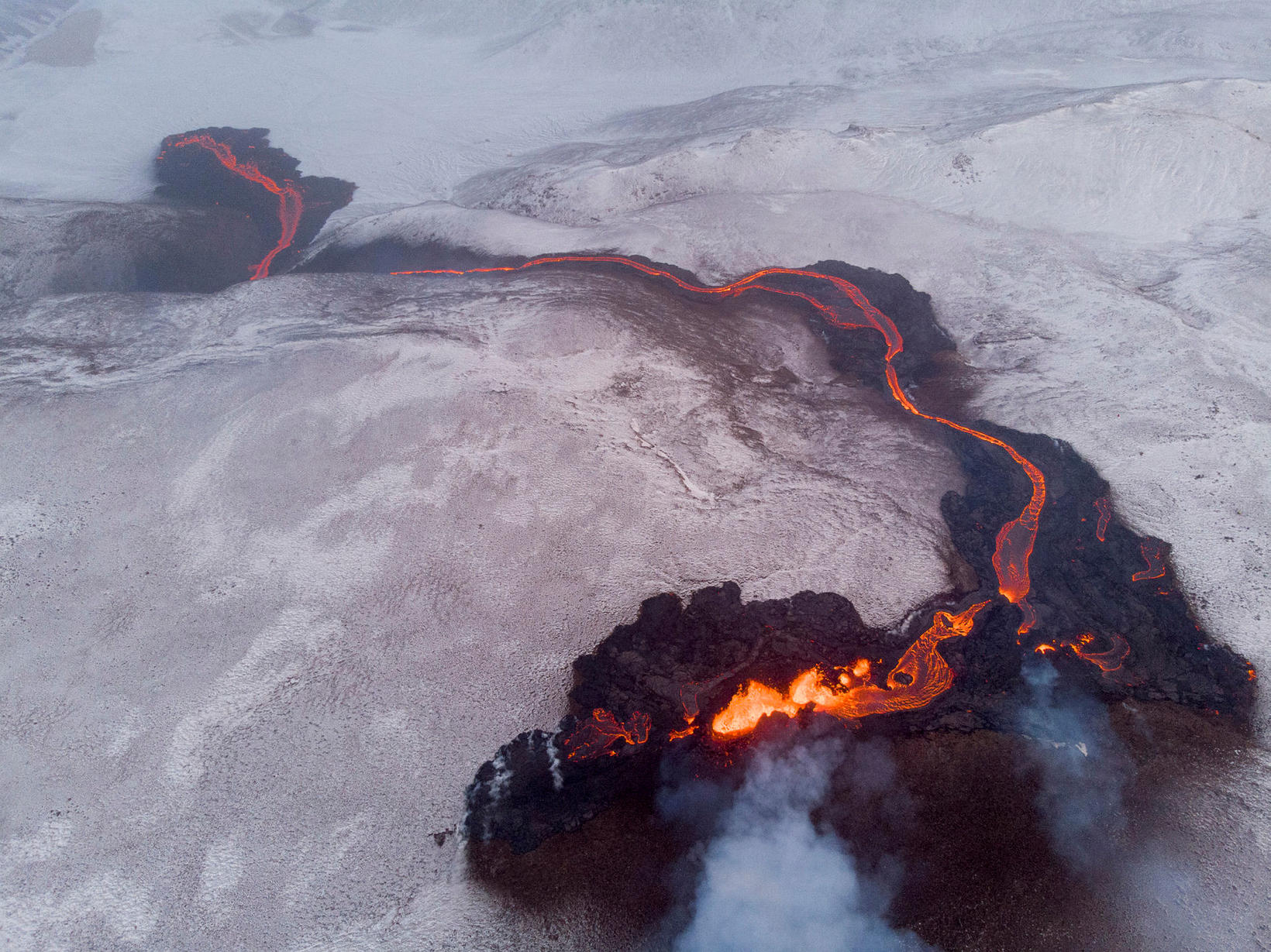 “If the eruption continues, I believe a lava lake the size of Geldingadalir will form,” he predicts. “It would then distribute magma through lava pipes or conduits to active growth areas on the edges of the lava field.”

The Fagradalsfjall eruption is of a similar sort as former eruptions on the Reykjanes peninsula, which created shield volcanoes. Some of those eruptions lasted for years. 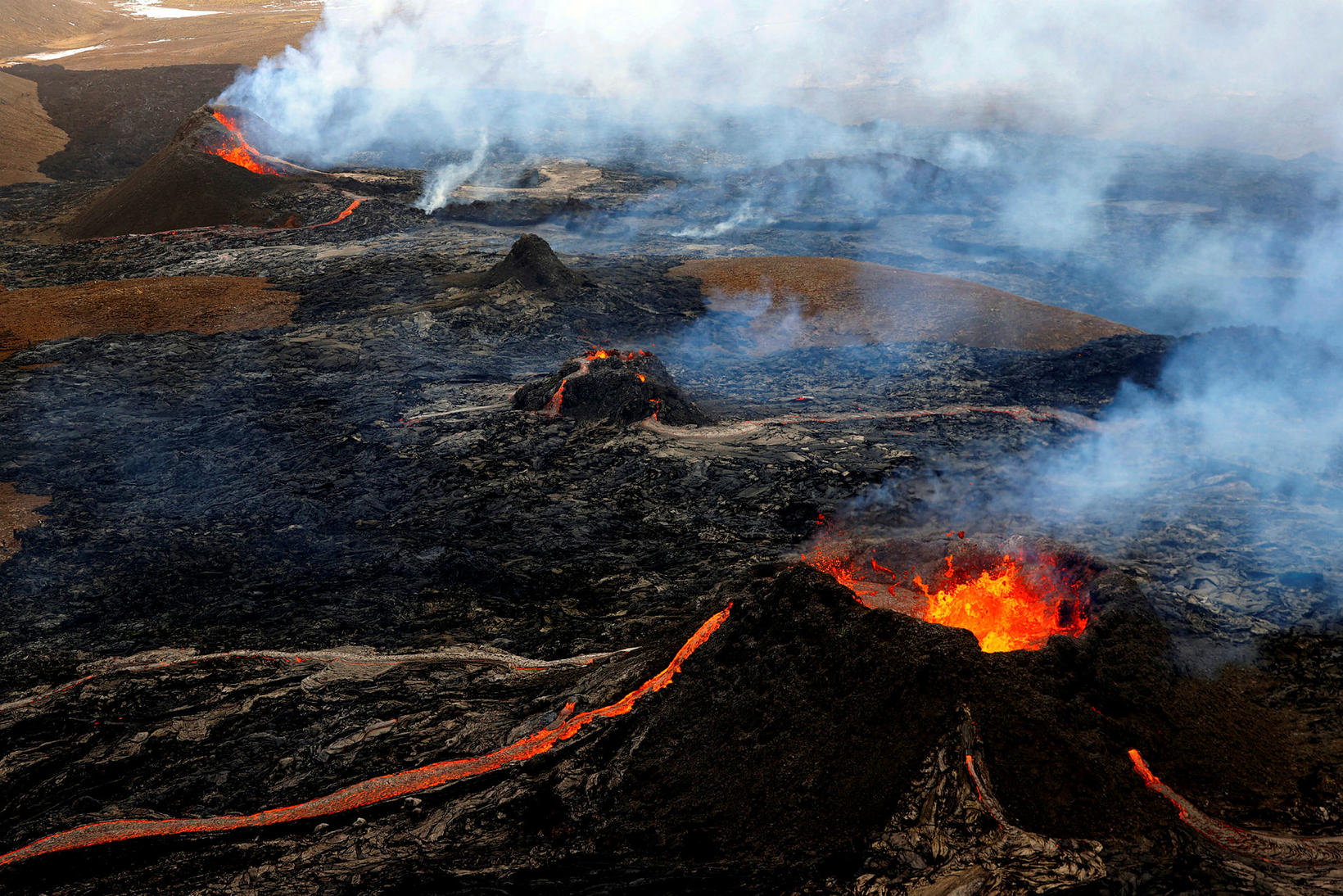