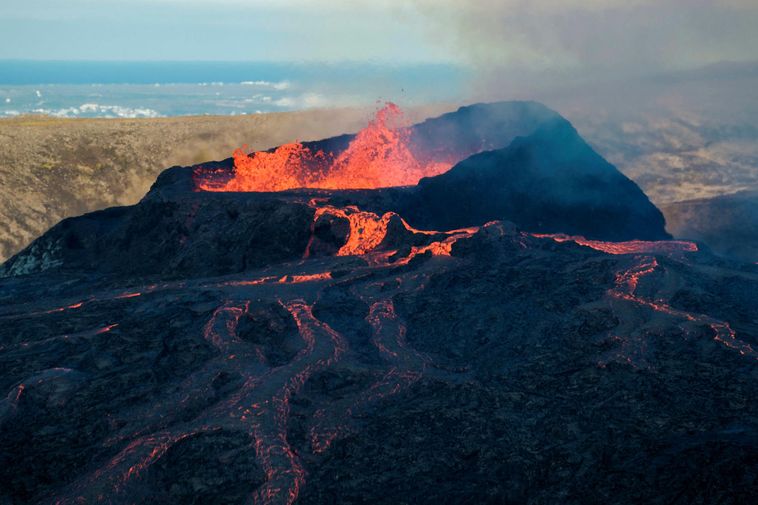 After taking an apparent break for eight and a half days, the main crater by Fagradalsfjall, Southwest Iceland, once again began spewing fire into the air on Saturday, mbl.is reports.

Scientists visited the site that day and made some interesting discoveries, according to the Facebook page the Volcanology and Natural Disaster Team of the University of Iceland, where they posted the accompanying videos. The team points out that there is every indication the eruption did not stop during this pause in surface activity. Clearly, the opening of the main vent clogged up, preventing magma from flowing into it.

“This also halted formation of very large gas-bubbles, which explains the drop in tremor intensity,” the Facebook post explains. “Yet, periodic but weak tremor episodes, steady outgassing from the vent, incandescent lava in skylights above lava tubes and newly scorched vegetation along the lava margins in Geldingadalir [valleys] is a testimony that magma was streaming up through the conduit towards the surface during this 8.5 day-long pause in the surface activity.”

From Saturday night until Sunday morning, the eruption was very active and visible from afar, such as from the town of Seltjarnarnes, mbl.is reports. Yesterday, visibility was limited, due to poor weather conditions — heavy rain and strong winds.