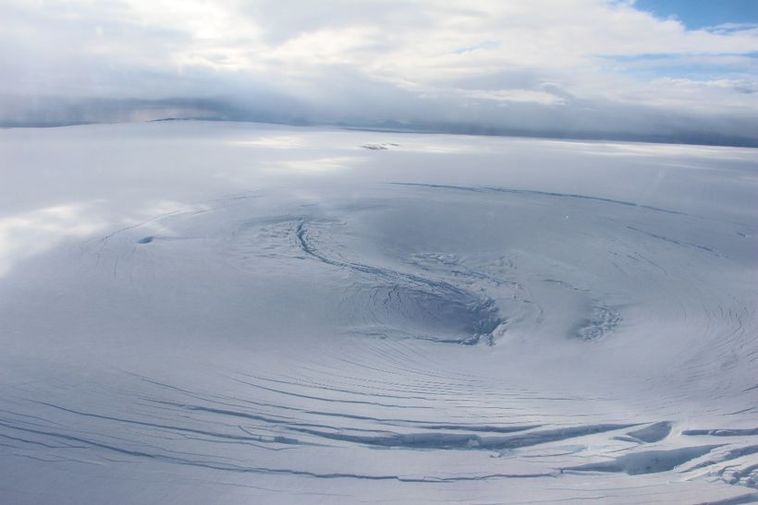 A glacial outburst flood, a.k.a. jökulhlaup, from the Eastern Skaftárketill cauldron in Vatnajökull glacier started yesterday, mbl.is reports. As a result, an alert phase of the Department of Civil Protection and Emergency Management was declared in the area at noon yesterday.

The glacial outburst flood from the Eastern Skaftárketill cauldron comes in the wake of another flood from the western one, which began September 2 (see our report here).

A flood from the eastern cauldron has not occurred since 2018, and this one is expected to be about as large that year’s flood. The flood in 2015 was considerably larger and caused more damage.

Jökulhlaup in Skaftá river originate in a geothermal area under depressions in the ice cap of Vatnajökull glacier called Skaftárkatlar. These depressions are formed when geothermal heat melts the ice. Once the amount of ice that has melted and collected there reaches a certain level, an outburst flood occurs.

According to the Icelandic Met Office, when such floods occur, the meltwater first flows a distance of 40 km (25 mi) under the ice cap and then a 28-km (17-mi) distance along the river bed of Skaftá river, before reaching Sveinstindur mountain. From there, it takes the floodwater about 10 hours to reach the Ring Road near Ásar by Eldvatn.

Björn Oddsson, geophysicist for the Department of Civil Protection and Emergency Management, tells mbl.is the floodwater can be expected to reach the Ring Road tonight.

He states that residents have time to react. “The people who live here and travel in this are know precisely where the Skaftá glacial outburst floods have an effect.” The South Iceland Police Department monitors the area and directs operations there.

Roads in the area could close, and a great deal of silt and mud could spread around the area and be carried with the wind once the area dries.