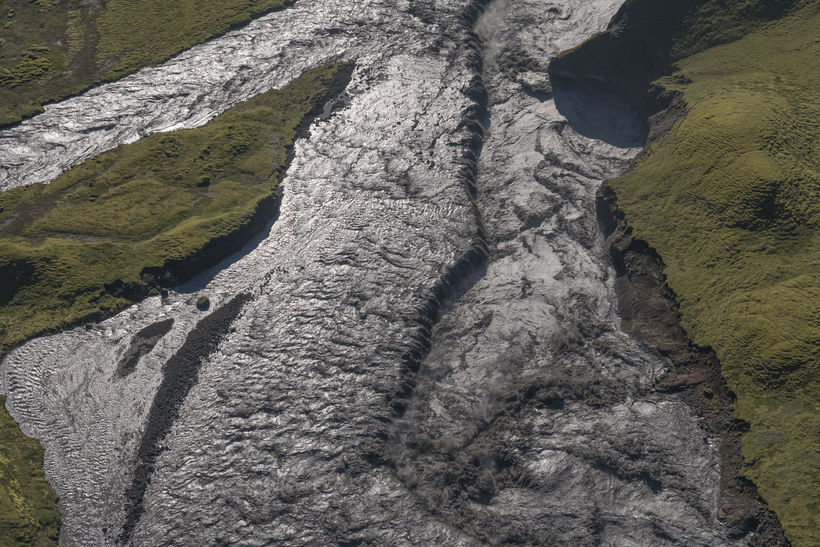 From a glacial outburst flood in Skaftá river in August of 2018. mbl.is/RAX

A glacial outburst flood, or jökulhlaup, in Skaftá river, Southeast Iceland, has begun, mbl.is reports. As a result, the Department of Civil Protection and Emergency Management has declared a level of uncertainty in the area, meaning that monitoring of the area has been increased.

On its website , the department warns that during such a flood, hydrogen sulphide pollution can occur, which can be harmful to the mucous membranes of the respiratory system and eyes. In addition, rivers can flood their banks, as well as roads close to them. Tourists are strongly advised to stay away from the Skaftá river channel above Skaftárdalur valley, as well as the edges of Skaftárjökull, Tungnárjökull and Síðujökull glaciers, during the flood. 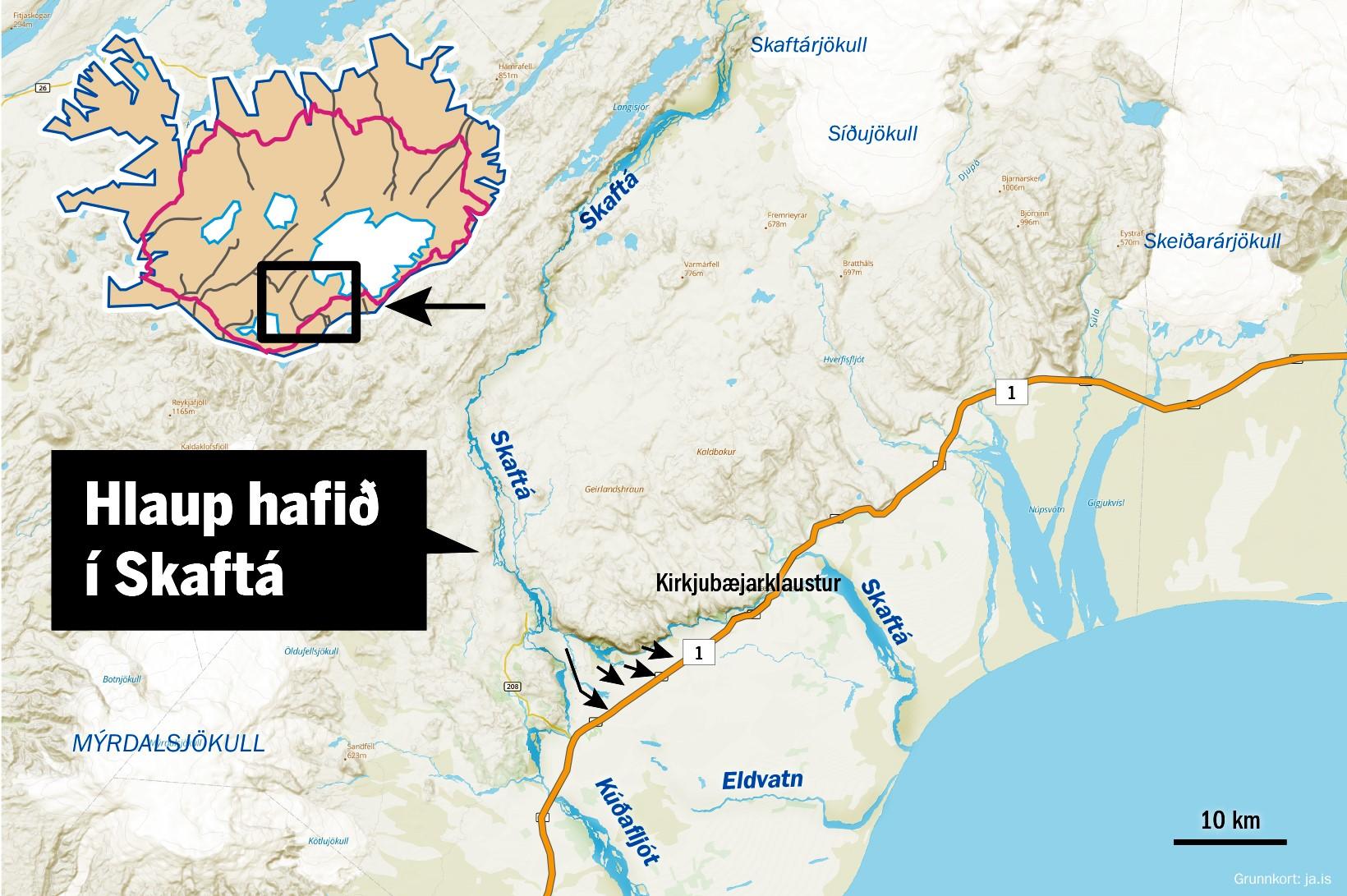 Since Monday, electrical conductivity in the river has gradually been increasing and its water level at Sveinstindur mountain rose yesterday. There were reports of sulphur smell as well.

Jökulhlaup in Skaftá river originate in a geothermal area under depressions in the ice cap of Vatnajökull glacier called Skaftárkatlar. These depressions are formed when geothermal heat melts the ice. Once the amount of ice that has melted and collected there reaches a certain level, an outburst flood occurs. This time, the flood is believed to originate in the western Skaftárketill depression, but according to the Icelandic Met Office, floods from there are usually smaller than those originating from the eastern one.

At noon yesterday the water flow by Sveinstindur mountain measured 290 m3/​s, but the maximum flow is not expected to exceed 750 m3/​s.

This morning, is not yet clear whether the flood has peaked. Hulda Rós Helgadóttir, natural hazards specialist at the Icelandic Met Office, states that the flow and the water level at Sveinstindur mountain have been steady for a few hours. “It is too early to tell if the flood has peaked,” she notes. It takes the flood several hours to move farther down river, and some elevation of the water level has been detected by the town Kirkjubæjarklaustur and by Eldvötn.

The Met Office has not yet received any reports of property damage as a result of the flood. The office monitors the situation day and night. At a meeting held yesterday, the Met Office decided there is no need to evacuate the area or to close any roads.