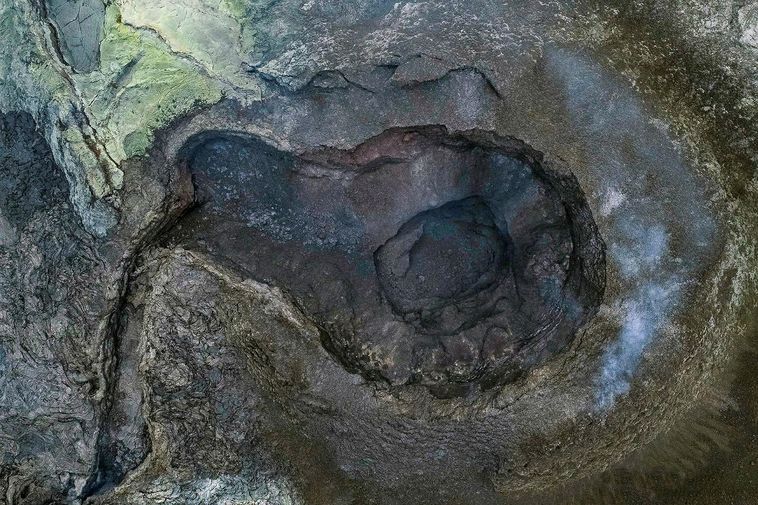 “For a few weeks, the area of the lava field has not grown, and the lava has not flowed over new land,” states Magnús Tumi Guðmundsson, professor of geophysics at the University of Iceland, speaking of the volcanic eruption by Fagradalsfjall, Southwest Iceland.

“[The lava] spreads out on top of itself, which is the result of how intermittent the eruption is,” he tells Morgunblaðið. “There are periods of no lava flow at all, and then the lava channels close. Then, this resumes with flow on the surface. That results in much more cooling taking place. The lava reaches Meradalir valleys, Geldingadalir valleys and Nátthagi valley, but stops before reaching the edge [of the lava field]. Therefore, it stacks up near the crater. Meanwhile, something which resembles a shield volcano is building up.”

Magnús Tumi explains that while the lava flow remains steady, it has a tendency to flow under the surface. Then, it cools very little and can flow far.

Clearly, the surface of the lava inside the crater drops considerably between eruption bursts. Using a drone, Jón Steinar Sæmundsson, from Grindavík, caught pictures of the crater while the crater was inactive in July. His video was published on the Facebook page of the local news website Víkurfréttir on July 27. The accompanying photo is published with his permission.

“Those pictures show that the crater is very deep, and leading down from it, there is a deep drain,” Magnús Tumi explains. Once this comes to a halt, the lava flow stops completely and the pressure drops as well. Clearly, that happens very suddenly, and subsequently, the crater empties completely. Once the flow resumes, it takes many hours to fill the crater before lava starts flowing out.”