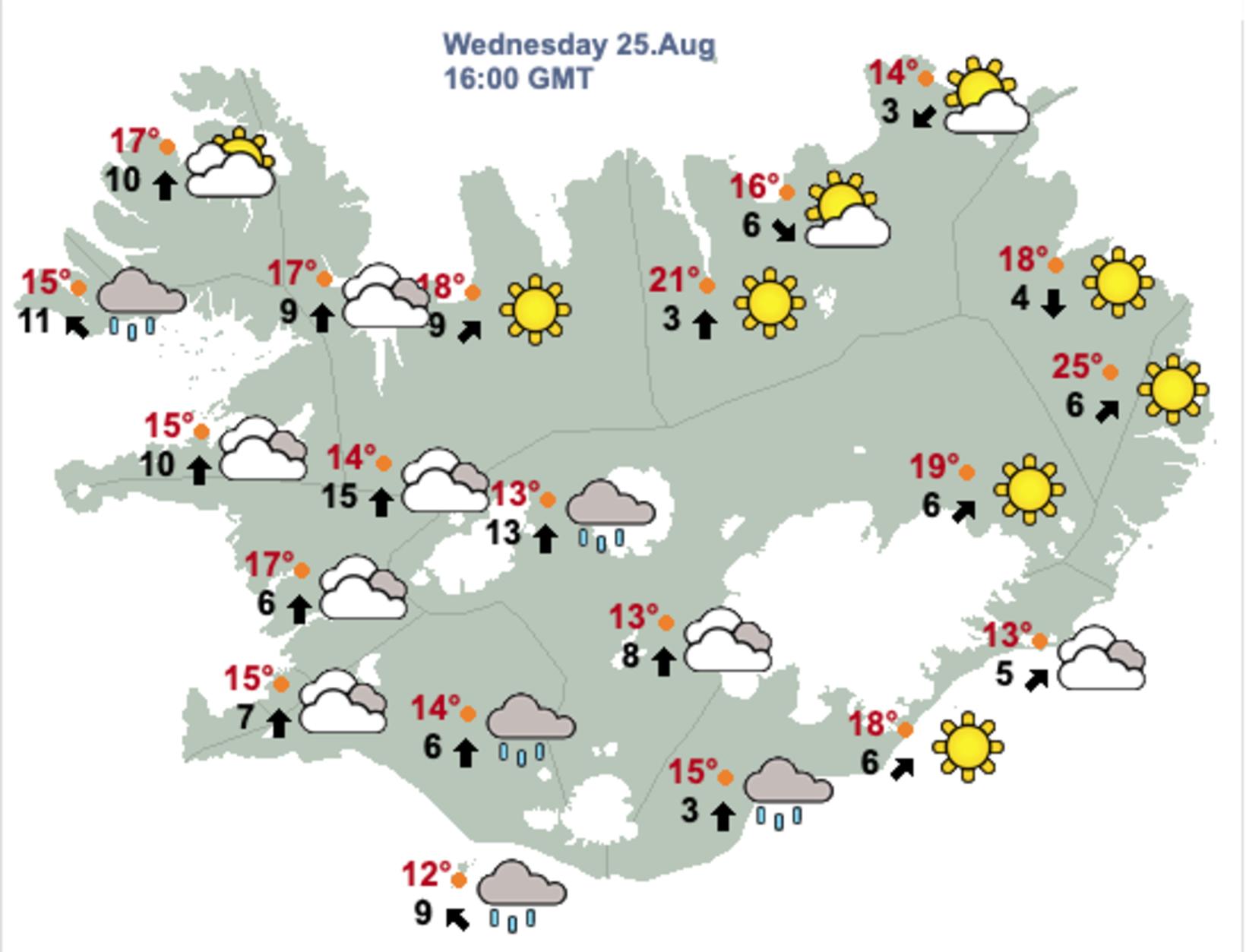 Today's forecast. The best place to be is the north and east. Map/Icelandic Met Office

A heat record was set in Hallormsstaður, East Iceland, yesterday when the temperature reached 29.3°C (84.7°F), Morgunblaðið reports. This is the highest recorded temperature in Iceland this year, the second highest being 27.5°C (81.5°F), which registered in Akureyri, North Iceland, July 20. 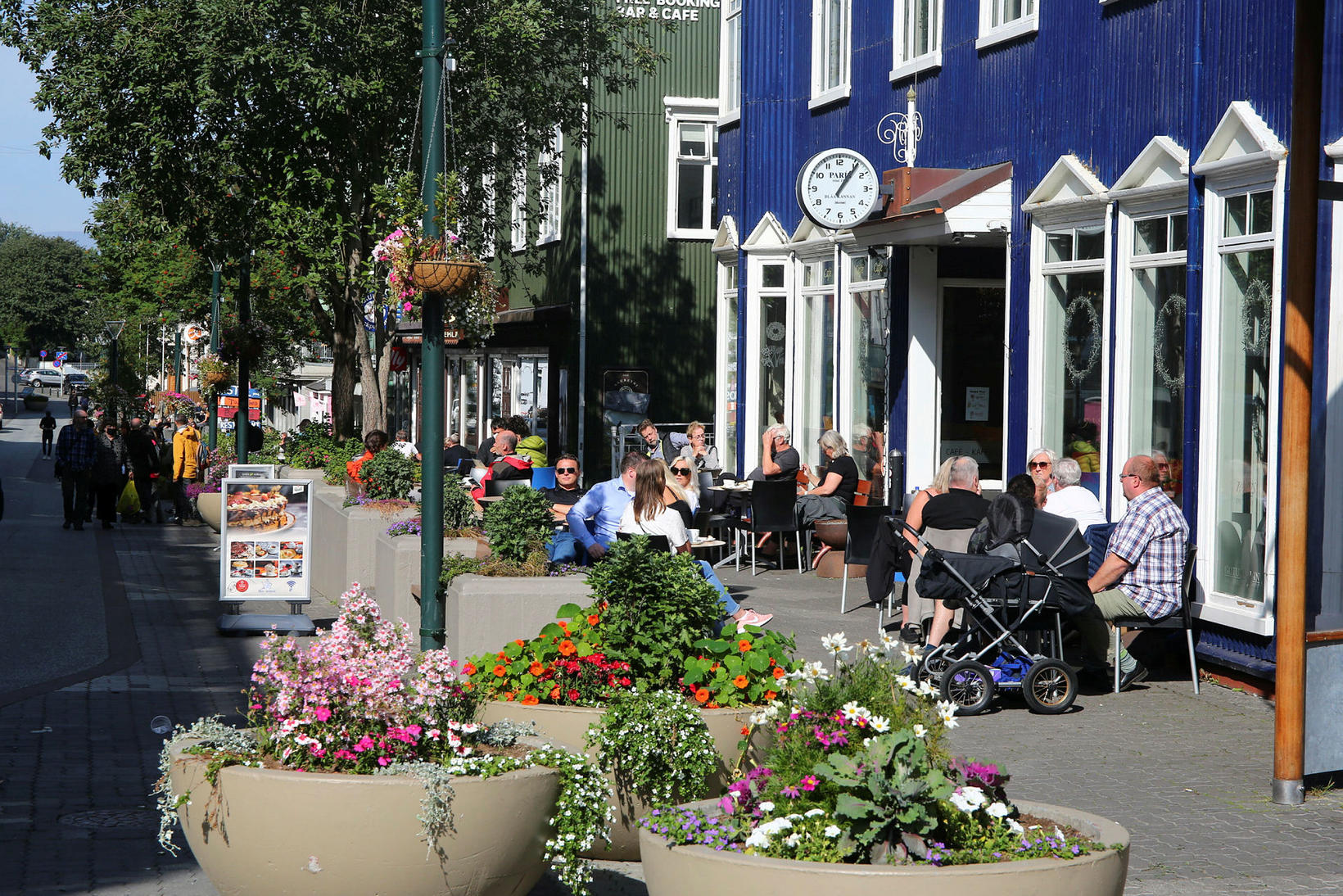 Residents of Akureyri enjoying the weather earlier this week. mbl.is/Þorgeir

“This is possibly the highest temperature ever recorded during the month of August,” states meteorologist Teitur Arason at the Icelandic Met Office. The forecast for today calls for continued high temperatures in the north and northeast, making some people wonder if yesterday’s record will be broken.

The highest temperature ever recorded in Iceland was 30.5°C (86.9°F) in the year 1939 at Teigarhorn in Berufjörður fjord, the East Fjords. Teitur doubts that record will be broken anytime soon.