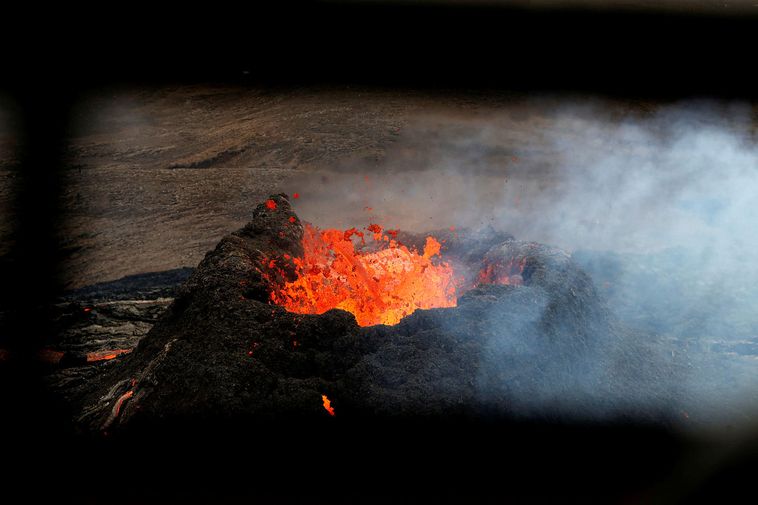 The Suðurnes police commissioner, Southwest Iceland, issued an injunction yesterday, prohibiting Norðurflug helicopter service from landing its helicopters on the property of Hraun, where the Fagradalsfjall eruption is taking place, without the landowners’ permission, mbl.is reports, quoting Fréttablaðið. Since the eruption started on March 19, Norðurflug has been offering helicopter tours to the eruption site.

“The injunction was issued because aircraft may not land on private property without the approval of the landowners in question,” Óskar Sigurðsson, the landowners’ attorney tells Fréttablaðið. “No one is opposed to free public access, which is protected by our nature conservation law,” he continues. “This case applies only to helicopters.” He states that helicopters may continue to fly over the area, but must have the approval of landowners to land.

According to Fréttablaðið, the other company that offers helicopter tours to the eruption area, Helo, has already reached an agreement with landowners regarding landing.