Did Part of Crater Rim Collapse? 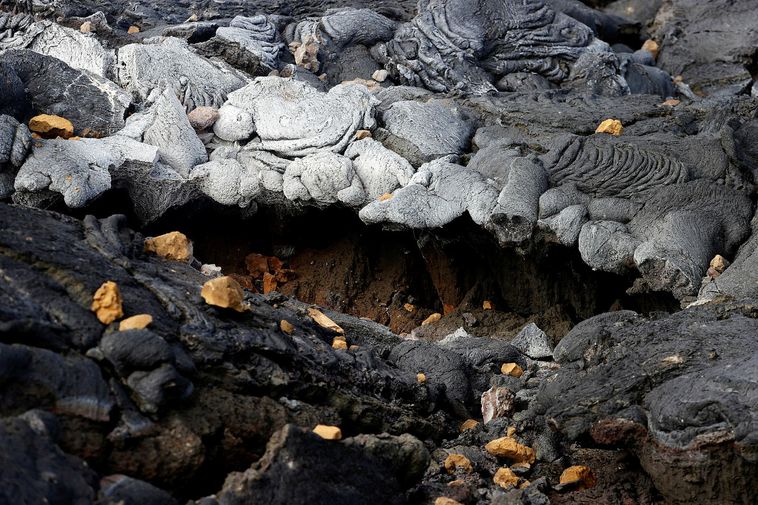 Recent changes in volcanic activity and volcanic tremor at the eruption site by Fagradalsfjall mountain, Southwest Iceland, could possibly be explained by part of the crater rim collapsing, Þorvaldur Þórðarson, professor of volcanology at the University of Iceland, tells Morgunblaðið.

Monday afternoon, the activity appeared to be considerably reduced, and then it increased again yesterday.

“We’ve seen similar things happen before after part of the crater collapsed,” Þorvaldur states. This could have slowed down the lava flow and degasification as well, which in turn causes reduced volcanic unrest, as registered by seismographs, he explains. Due to fog in the area in recent days, it has not been possible to verify that part of the crater rim has indeed collapsed.

“The main channel, which supplies the lava flow, is under the surface, invisible to us,” he notes. “It must be there, because the lava field steadily grows.”

He believes liquid lava is underneath a large part of the lava field and states that the surface of the lava keeps rising.

“The thickness of the lava is unbelievably even. It is completely smooth in the valleys, no matter where you go. That indicates that underneath all this surface we see, there is a core of liquid, which gradually lifts the whole thing.”

He compares the lava streams to rivers that freeze in winter. You see the burning stream where the current is the strongest, but along the edges, there is a crust, just as there is ice along the banks of a river that is about to freeze. For this reason, the lava streams are considerably wider than they appear to be on the surface.

According to Þorvaldur, the latest lava flow measures show that there is no letup in magma production. As always, he emphasizes the importance keeping off new lava.