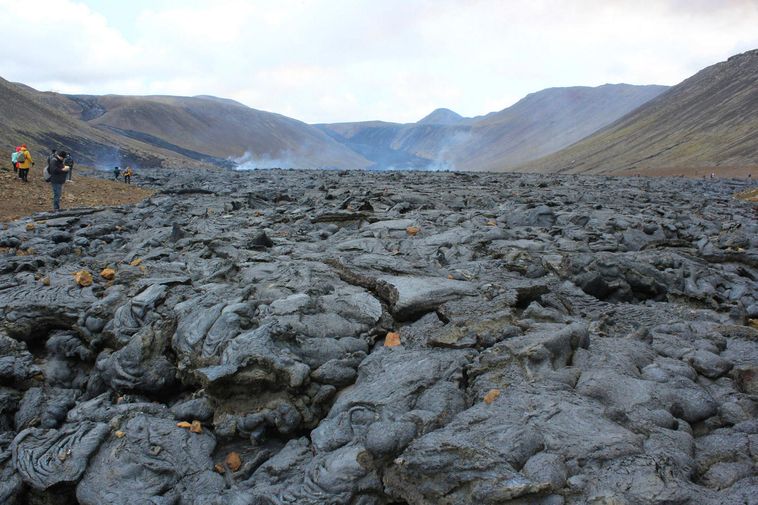 Ways to react to the potential closure of Suðurstrandarvegur road, south of the eruption site by Fagradalsfjall, Southwest Iceland, were discussed yesterday at a meeting of Grindavík town officials, rescue workers, police, meteorologists, and others. A prolonged eruption is likely to result in lava flowing toward the road and over it, toward the ocean. The road winds its way along the south coast of the Reykjanes peninsula.

“We’ve begun mapping the effects on motorized traffic and pedestrian traffic, should Suðurstrandarvegur close,” Fannar Jónasson, mayor of Grindavík, tells Morgunblaðið. “The road is important for the transport of heavy goods, and as a connection between the Reykjanes peninsula and South Iceland.”

Should the road close, a new place will have to be found west of Nátthagakriki for travelers to park their cars when they visit the eruption site.

After discussing the possibility of building a protective wall to direct the lava flow away from the road, the decision was made not to engage in such a project – both because of the high cost involved and because  scientists were not sure the measure would have the desired effect.

Lava flow has already closed the most popular hiking path, A, to the eruption area. Fannar states that those who have taken the remaining hiking path B have in many cases been disappointed, since the view they get is of the back side of the crater and the lava flow.

“Presently, it is considered more desirable to hike into Nátthagi valley to take a look at the new lava,” he states. There is a good path that takes you there, he adds, passable for most people.“From there, you can hike up to Langahryggur ridge, from where you have a wide view, including the crater and the lava.”