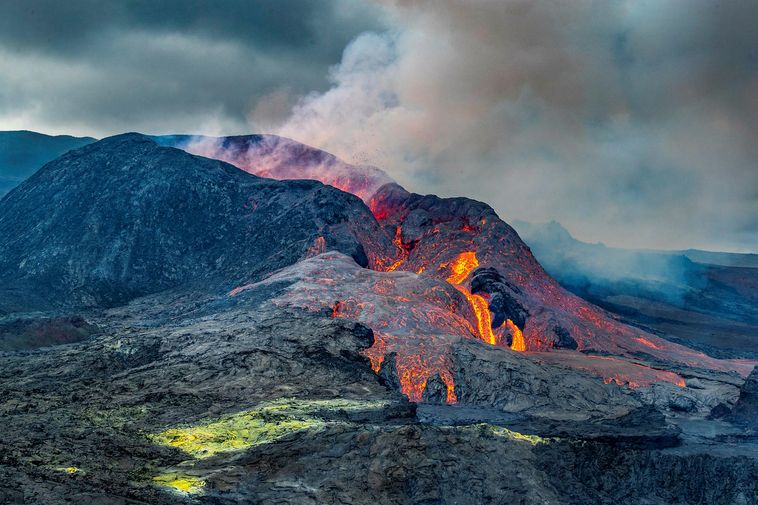 “Little by little, the crater is closing,” Þorvaldur Þórðarson, geologist at the University of Iceland Institute of Earth Sciences tells mbl.is, referring to the crater of the Fagradalsfjall eruption, Southwest Iceland. “Especially this conduit; it’s being piled over little by little. Then we get these gushes [of lava] that add on to the cover.” He explains that most of the lava flowing from the crater flows underneath a crust of lava, invisible on the surface.

This is close to having developed into the formation of a shield volcano, he adds. “It’s developing that way.” Not until a large lava lake has formed over the crater can that be confirmed, though, he notes.

“What happens when such a lake is formed is that there is a flow into it from below and a steady flow out of it in different directions. The lake supplies the lava flow, and all around the crater, [solidified] lava accumulates. Then, we start getting a shield shape. It has started forming.”

Otti Rafn Sigmarsson, who works for the rescue team Þorbjörn in Grindavík, states that hikers can no longer get as close to the eruption as before. The eruption is clearly visible, but not as impressive a sight as it used to be.

He notes that the wildfires near the edge of the lava stream have subsided.

Take a look at the view from the webcams: