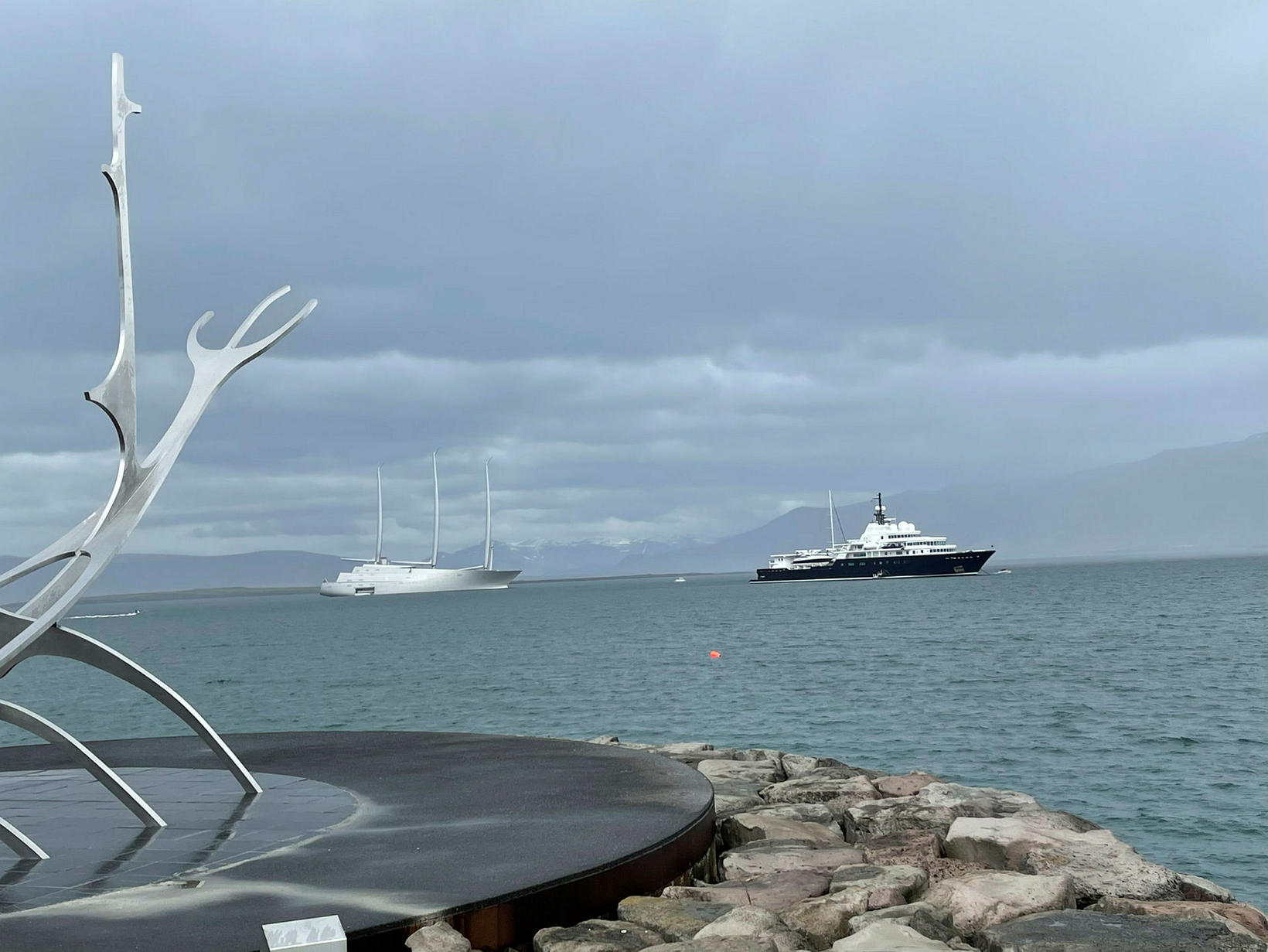 The superyachts, seen from the Sun Voyager last night. Photo/Morgunblaðið/HJ

Two of the world’s largest yachts were mooring in Kollafjörður fjord by Reykjavík last night, Morgunblaðið reports. The larger one, called Sailing Yacht A, is owned by a Russian billionaire by the name of And­rey Melnichenko – rated by the business magazine Forbes as Russia’s seventh wealthiest person.

For a couple of weeks in April, the yacht moored off the north shore - in Eyjafjörður fjord, Skagafjörður fjord, and in Skjálfandi bay – and subsequently near Ísafjörður in the West Fjords, and near Keflavík in Southwest Iceland. 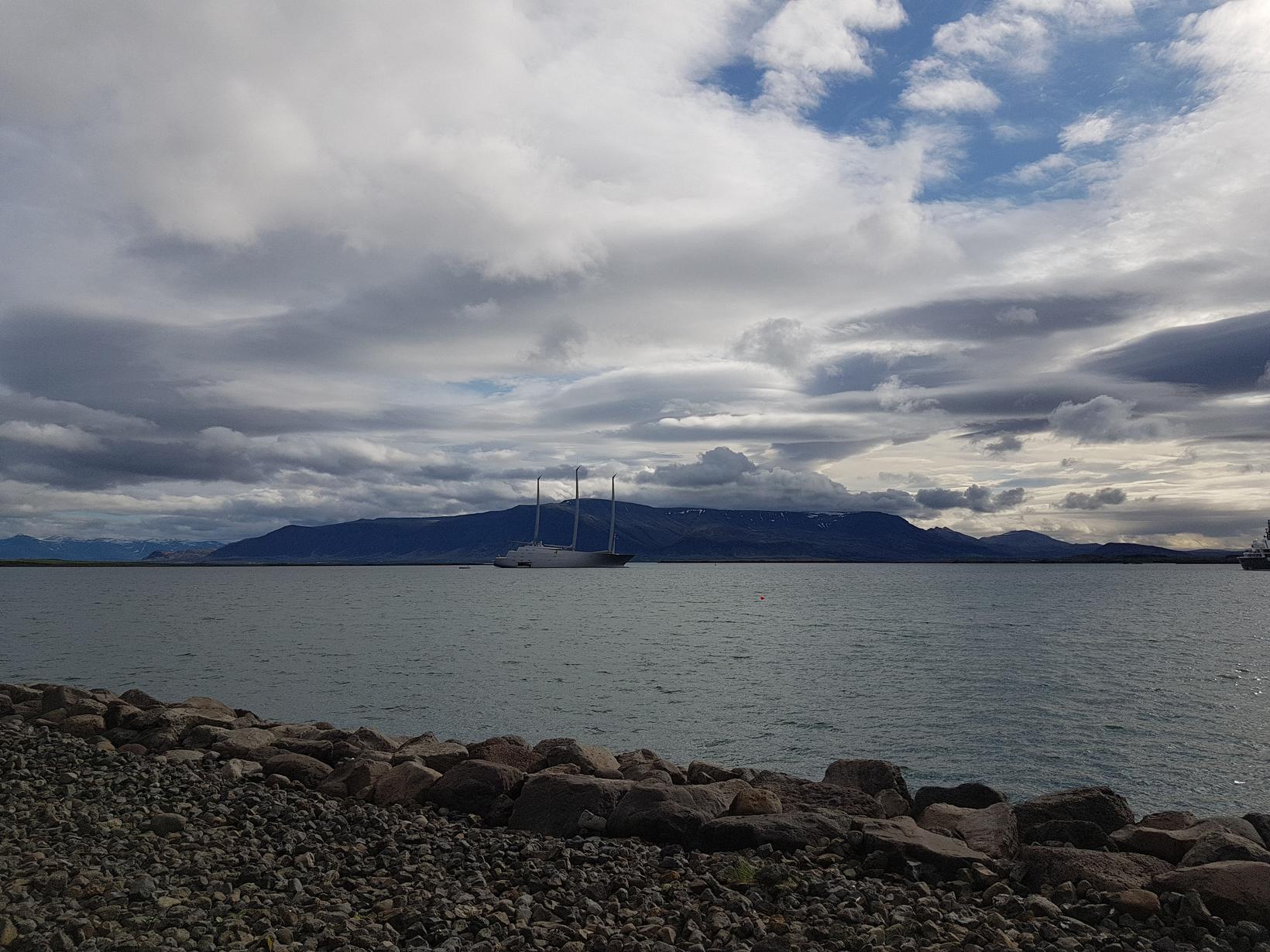 The other yacht, still mooring near Reykjavík today, is Le Grand Bleu, owned by Russian-American billionaire Eugenes Shvidler. It is 113 meter long (about 370 ft).

Le Grand Bleu was built in 2000 and is sailing under the flag of Bermuda.

This morning, Sailing Yacht A had already left Kollafjörður fjord.

Many people gathered by Jón Gunnar Árnason’s sculpture Sun Voyager last night to enjoy a view of the superyacts.

In the video below, recorded in Eyjafjörður fjord and posted on YouTube, you can see Sailing Yacht A from every possible angle.