Lava Flows Over Both Protective Walls 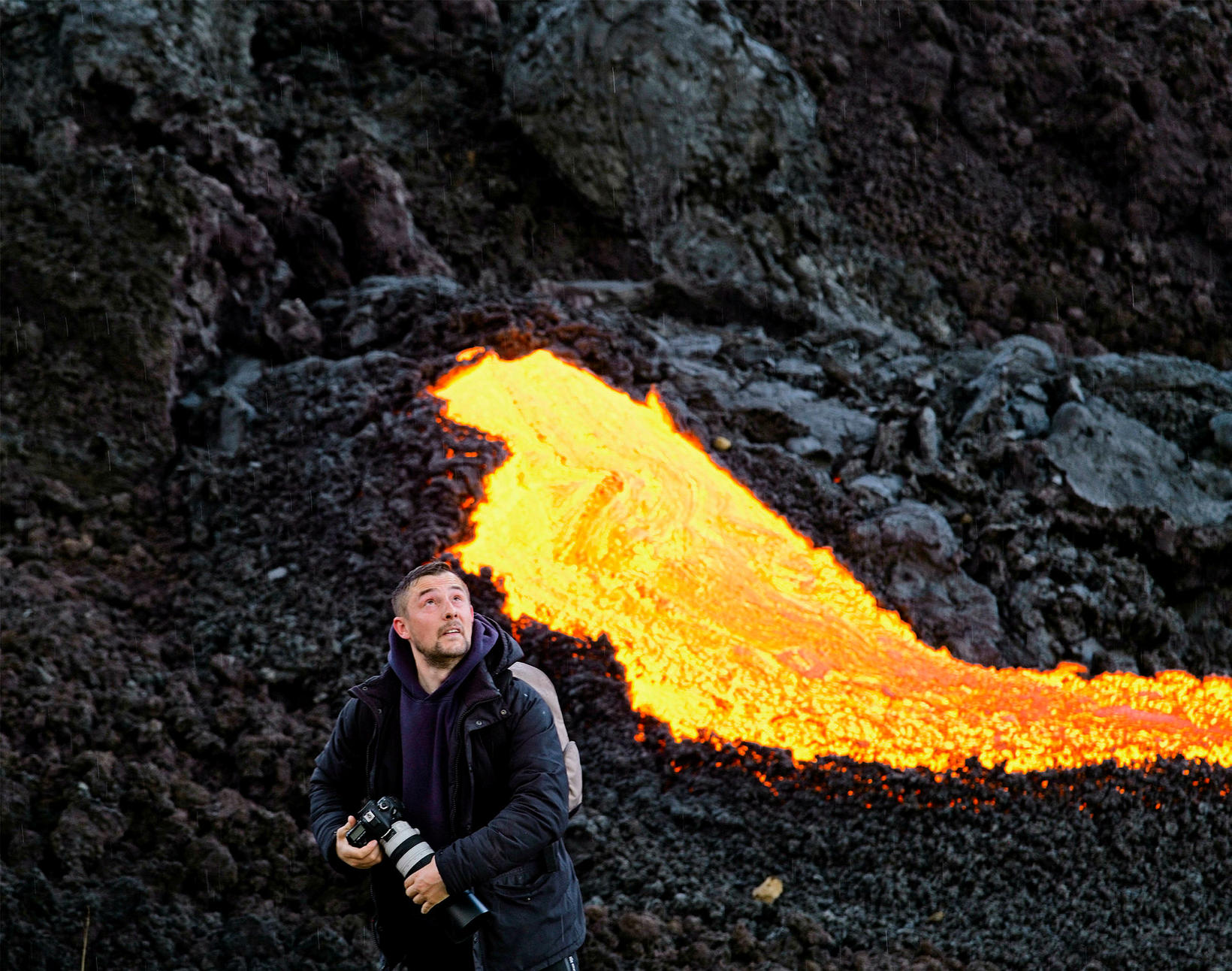 Lava is now flowing over both protective walls that had been built near the eruption site by Fagradalsfjall mountain, Southwest Iceland, mbl.is reports. The walls had been built to slow down the lava flow, which is headed into Nátthagi valley. (See our earlier report here ).

Should the lava continue flowing that way, it will eventually threaten a fiber optic cable for the Reykjanes peninsula and, finally, Suðurstrandarvegur road, which lies along the south coast of the peninsula.

Ármann Höskuldsson, volcanologist at the University of Iceland, believes it will take a few weeks before Nátthagi valley fills up with lava, opening the way for the lava stream toward Suðurstrandarvegur road.

The fiber optic cable is located near the road. The distance from Nátthagi valley to Suðurstrandarvegur road is about two kilometers. Assuming the lava flow continues at a rate of 10-15 m3 per second, Ármann believes there will be adequate time to take measures to protect the road. 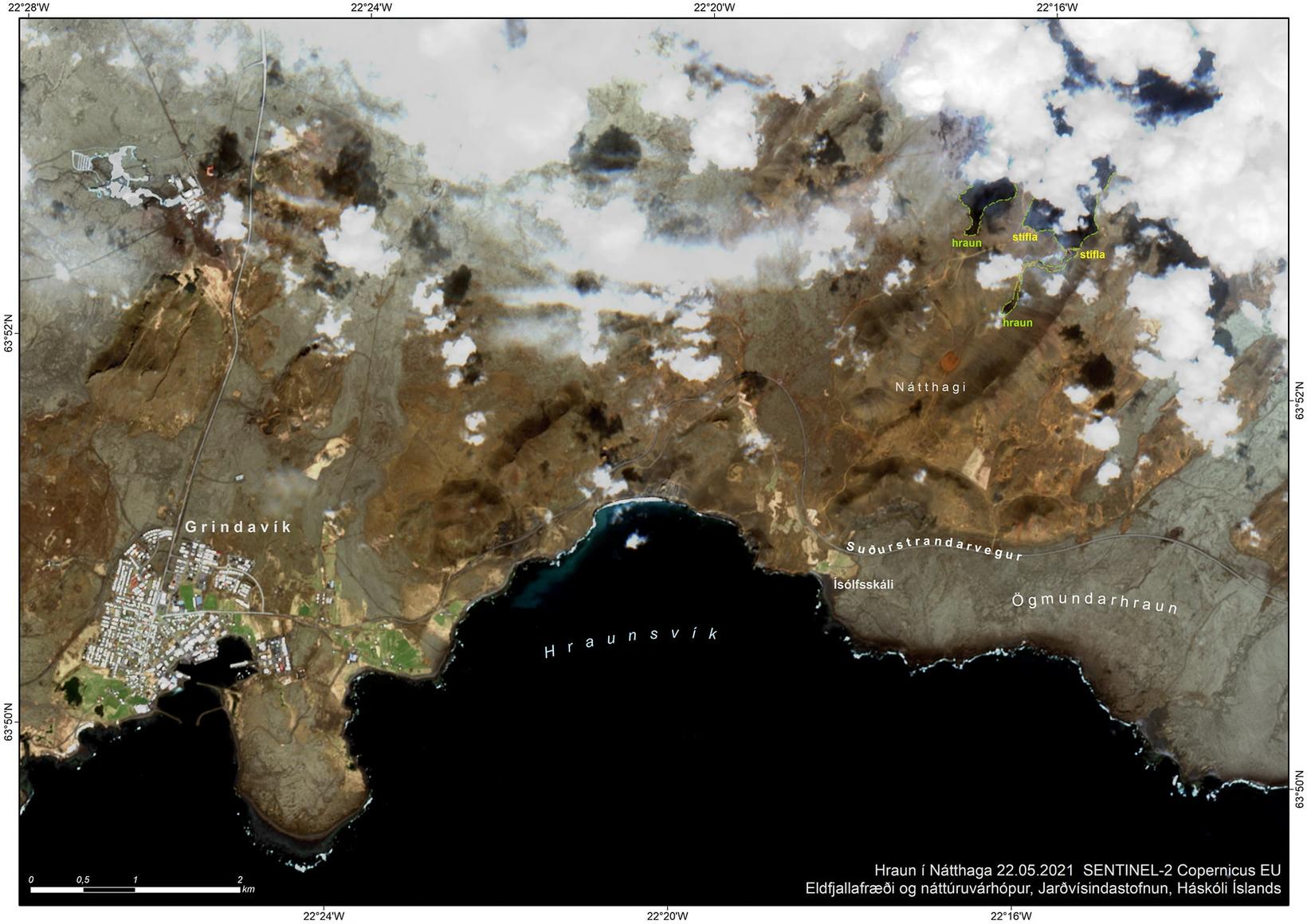 The word 'hraun' means lava. Satellite picture/Volcanology and Natural Disaster Team of the University of Iceland

Rögnvaldur Ólafsson, superintendent at the Department of Civil Protection and Emergency Management, states that much has been learned from building the protective walls, the design of which is clearly good. They still stand, although lava is flowing over them. This week, decisions regarding Nátthagi will be made.

“The week will be spent collecting information and data,” he states. “We need to assess the situation and estimate how quickly Nátthagi valley will fill up. We need to evaluate our options.”

One option, he states, is building additional protective walls. “It looks like a larger project needs to be undertaken by Nátthagi, since that area is larger and more open,” he explains.

Satellite pictures, taken Saturday by the SENTINEL-2 satellite Copernicus EU and posted on the Facebook page of the Volcanology and Natural Disaster Team of the University of Iceland, show the lava stream, in black, headed toward Nátthagi. In the pictures, you can see, too, the location of Suðurstrandarvegur road, south of the eruption site. 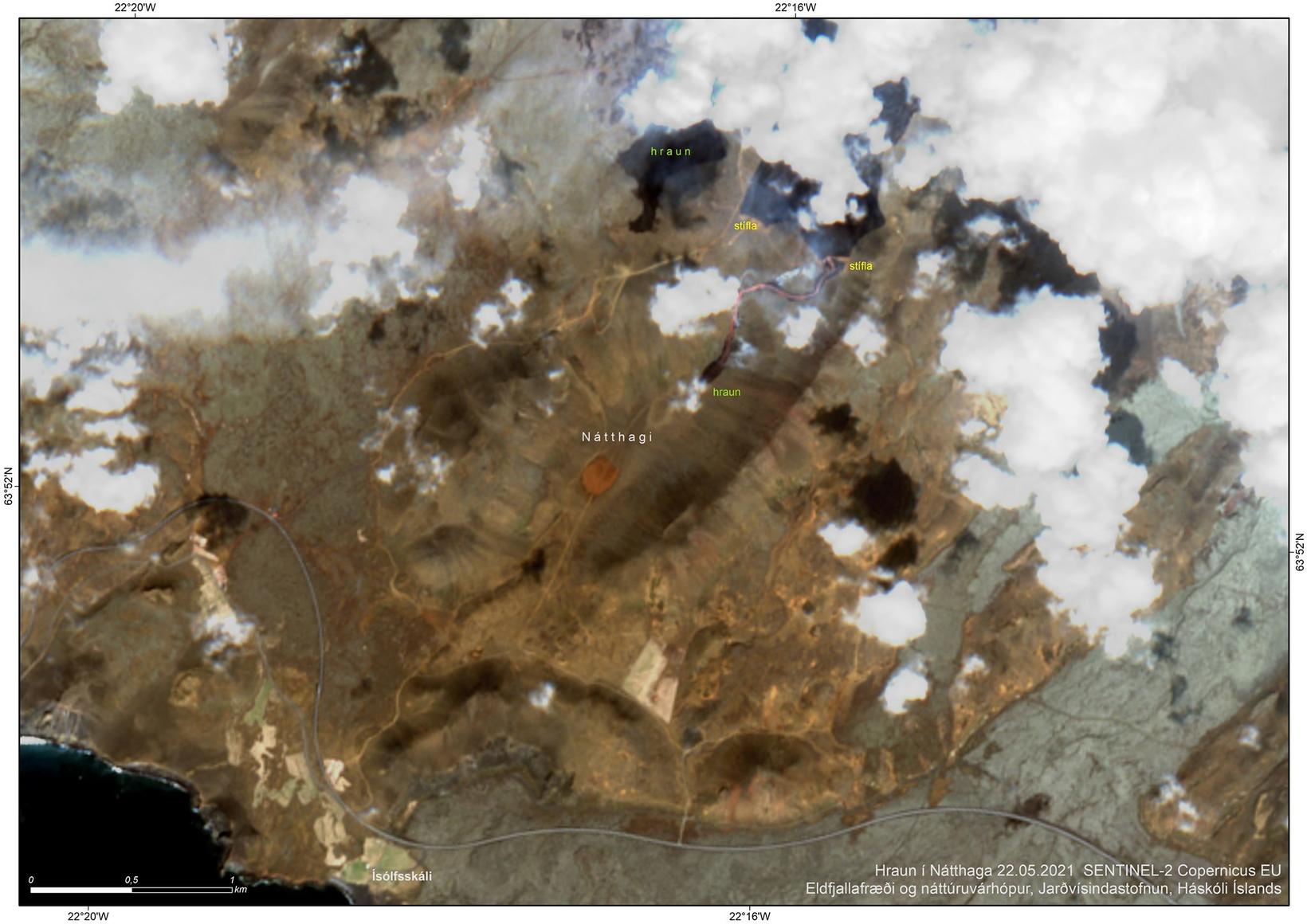