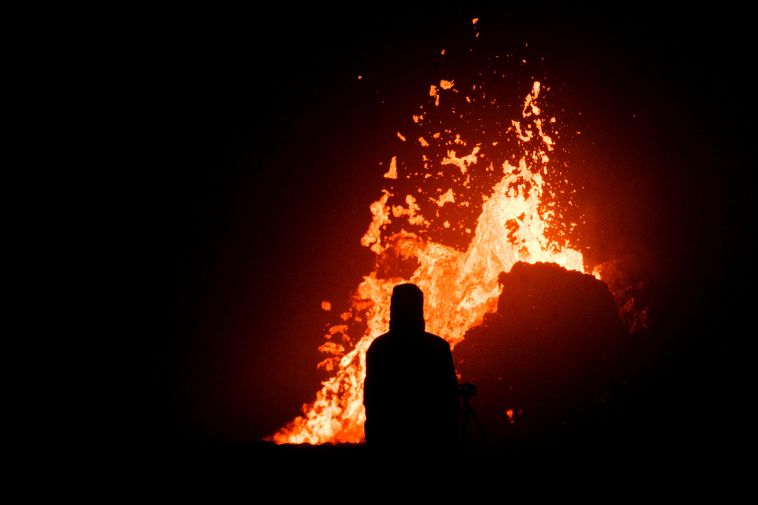 The lava discharge by Fagradalsfjall mountain, Southwest Iceland, has increased considerably during the past week, mbl.is reports. The eruption is now twice as powerful as it has been in the past. This was reported by the University of Iceland Institute of Earth Sciences. The discharge rate is now 12.9 m3 per second, and the volume of the lava has reached 30.7 million m3, while the lava covers and area of 1.8 km2.

The increased discharge has been accompanied by increasingly high magma fountains and an increasing lava flow in Meradalir valleys. For the past two weeks, there have been signs of an increase, which these measurements now confirm.

According to the Institute’s website, the eruption can be divided into three phases:

The first one, which lasted about two weeks, was characterized by a steady, but slowly decreasing lava discharge, which went from 7-8 m3 per second to 4-5 m3 per second.

The second phase, which lasted two weeks as well, was characterized by the opening of new vents north of the original craters. The lava discharge was between 5 and 8 m3 per second.

During the third phase, which began three weeks ago, one main crater has been active, producing nearly all the lava. During this time, the lava discharge has increased, especially the past week.

Compared to other eruptions, though, the intensity of the eruption is limited.

At this point, it is impossible to predict how long the eruption will last, or whether the lava discharge will continue to increase.