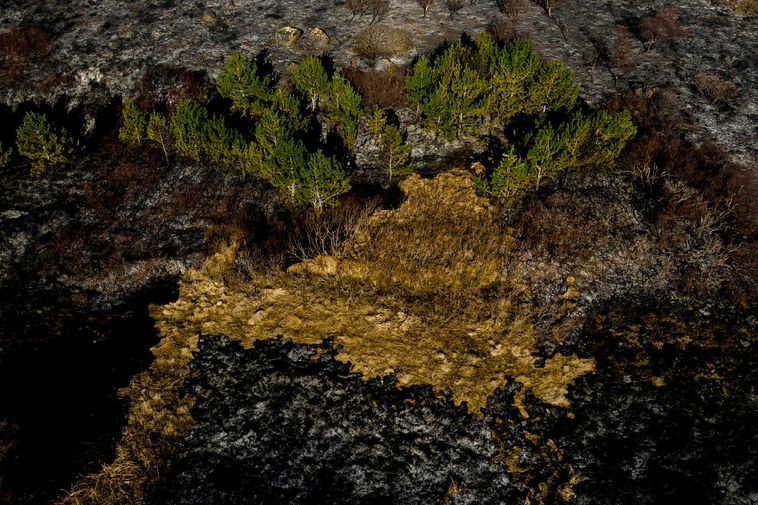 Due to the risk of wildfires, the national police commissioner, in consultation with the chiefs of police and heads of fire departments in West Iceland, the capital area, on the Reykjanes peninsula and in South Iceland, has declared a phase of uncertainty, mbl.is reports.

The area affected extends from Eyjafjöll mountains in South Iceland to the south side of the Snæfellsnes peninsula, West Iceland. The decision is made due to a lack of rain in the area in recent weeks and no outlook for rain in the coming days.

A newly published report by the Icelandic Met Office reveals that during the first four months of the year, Reykjavík only received 193.5 mm of precipitation – only about 60 percent of the average precipitation during the same months 1991-2020. Not since 1995 has so little precipitation been recorded in Reykjavík.

A wildfire consumed 56 hectares (138 acres) of partly forested land in Heiðmörk, the municipal conservation area of Reykjavík, Tuesday night. Trails and roads in Heiðmörk remain open, but smoking and any handling of fire is prohibited while the drought continues.

Superintendent Rögnvaldur Ólafsson, at the Department of Civil Protection and Emergency Management, urges residents to exercise extreme caution when handling fire, such as cigarettes and disposable barbecues. He stresses that the soil and vegetation are extremely dry and that  it takes very little to start a wildfire.

Many people are expected to visit their cabins this weekend, and Rögnvaldur urges them to be alert to any sign of fire around their cabins. “As soon as you notice something, don’t hesitate to call us right away to notify us,” he stresses. The emergency number in Iceland is 112.