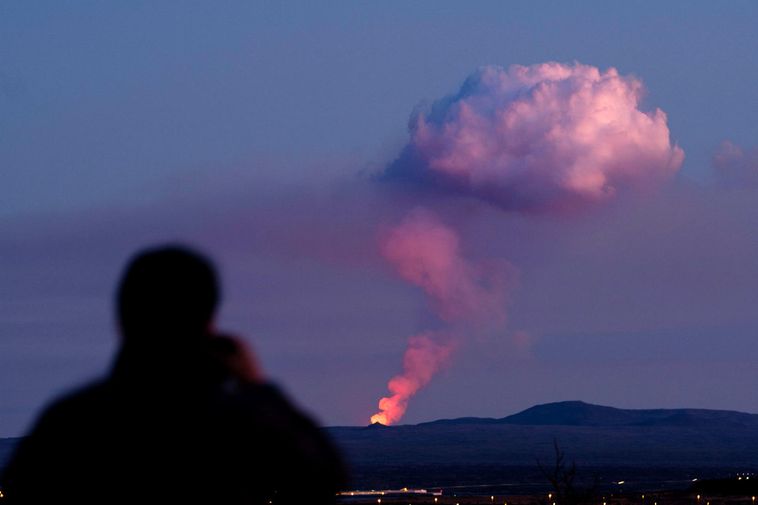 Expanding the so-called danger zone at the eruption site by Fagradalsfjall mountain, Southwest Iceland, is under consideration, Morgunblaðið reports. A meeting of scientists is being held this morning to discuss the next steps.

Scientists at the Icelandic Met Office have calculated how fast and how far splashes of lava, coming from the crater, can be carried. They are between 5 and 15 cm (2-6 in) in diameter, and the magma jet from the crater reaches as high as 300 meters (990 ft) into the air. The scientists recommend the danger zone be defined as the area within a 500-meter radius from the eruption.

Increasingly, parts of the crater’s rim have been collapsing, and last weekend, a considerable amount of magma escaped through a breach in the rim, thereby forming the eruption’s first fountain-fed lava, which flowed down the slope.

According to the Facebook page of the Volcanology and Natural Disaster Team of the University of Iceland, “[f]ountain-fed lavas, also known as spatter-fed lavas, form when the big molten magma blobs (i.e., the spatter bombs = splattering bombs) fall in such rapid succession that they are re-amalgamated into a coherent liquid that then flows like lava.” The spatter bombs, therefore, fall in such rapid succession that one of them does not have time to cool before the next one lands on top of it.

The largest fountain-fed lava known to have formed in Iceland was an eruption in Kverkfjöll mountains, located under the Vatnajökull glacier ice cap.

The new pulsating behavior of the Fagradalsfjall eruption continues, with intermittent active periods of eight to 12 minutes, followed by pauses of a minute or two in between. This new behavior began Saturday night, but until then, the eruption had been characterized by continuous lava fountains.