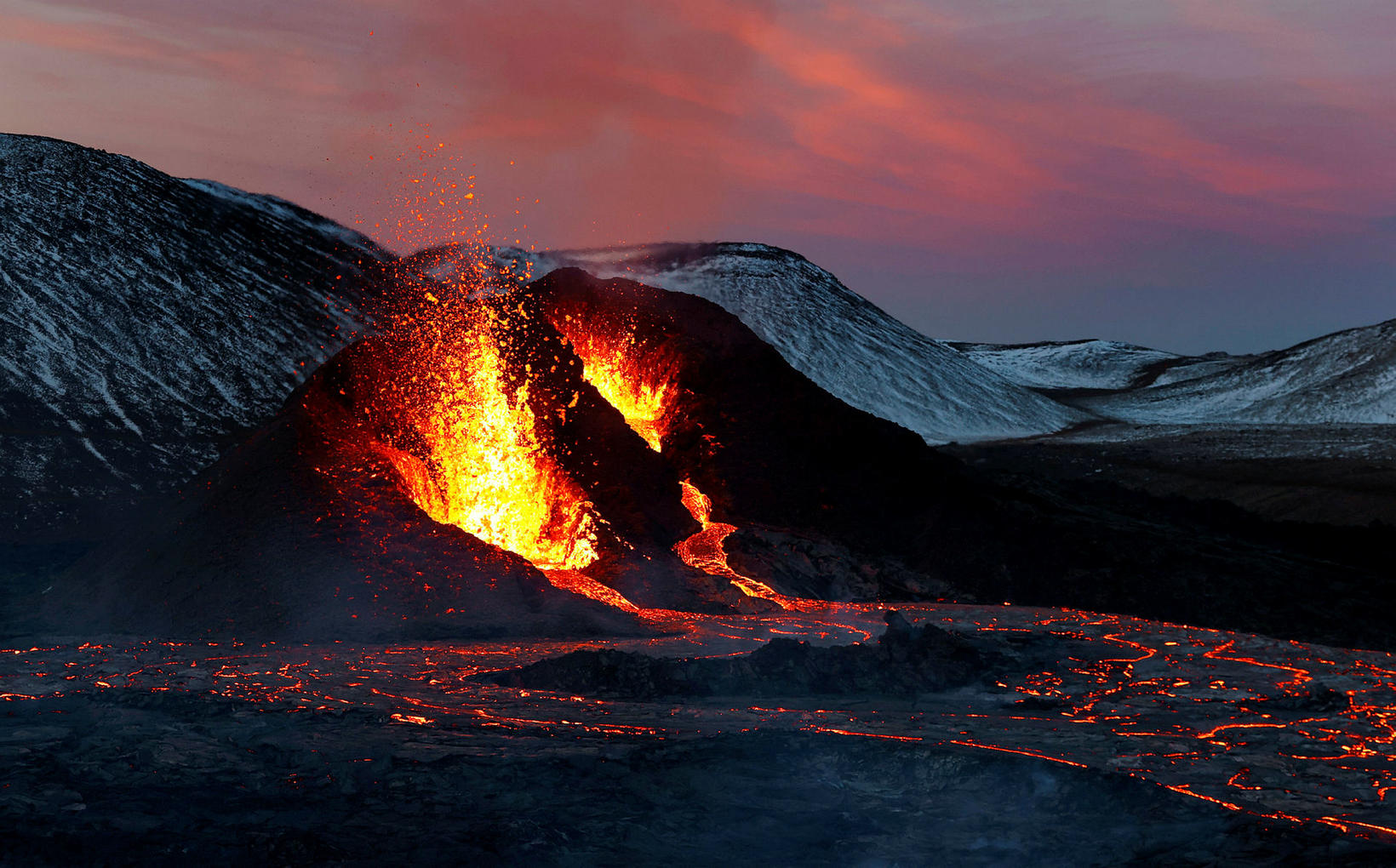 The volcanic activity by Fagradasfjall mountain, Southwest Iceland, suddenly changed shortly before midnight Saturday from being continuous to becoming pulsating. “Sometimes when such activity emerges, it is a sign the end of an eruption is near, but we haven’t experienced this during effusive eruptions before,” Páll Einarsson, geophysicist and professor emeritus, tells Morgunblaðið . 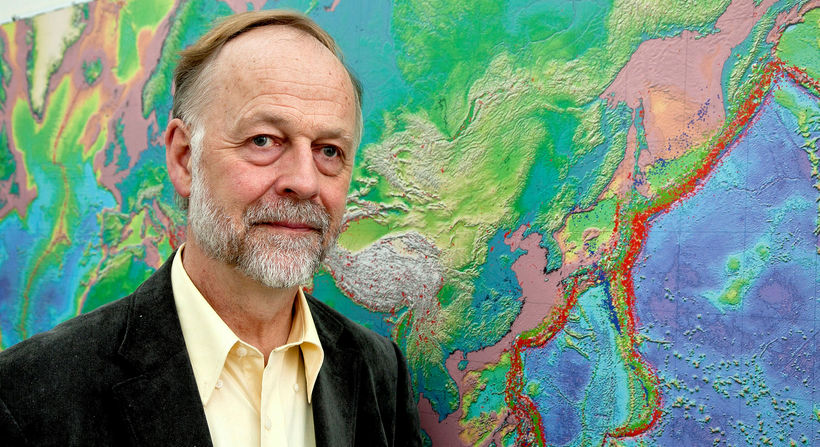 Instead of erupting continuously, the only active crater now erupts for up to 15 minutes, followed by a pause of one to a few minutes. Páll notes that the bursts of eruption have been getting shorter and the pauses in between longer.

He states that the reasons for this can be many, and that it’s too early to tell what exactly is causing this transformation. The jets of magma emitting from the crater are much higher than they used to be, or up to 300 meters, compared to 100 meters before. The jets are the highest right after each pause, after which they diminish and then gradually gather steam again. 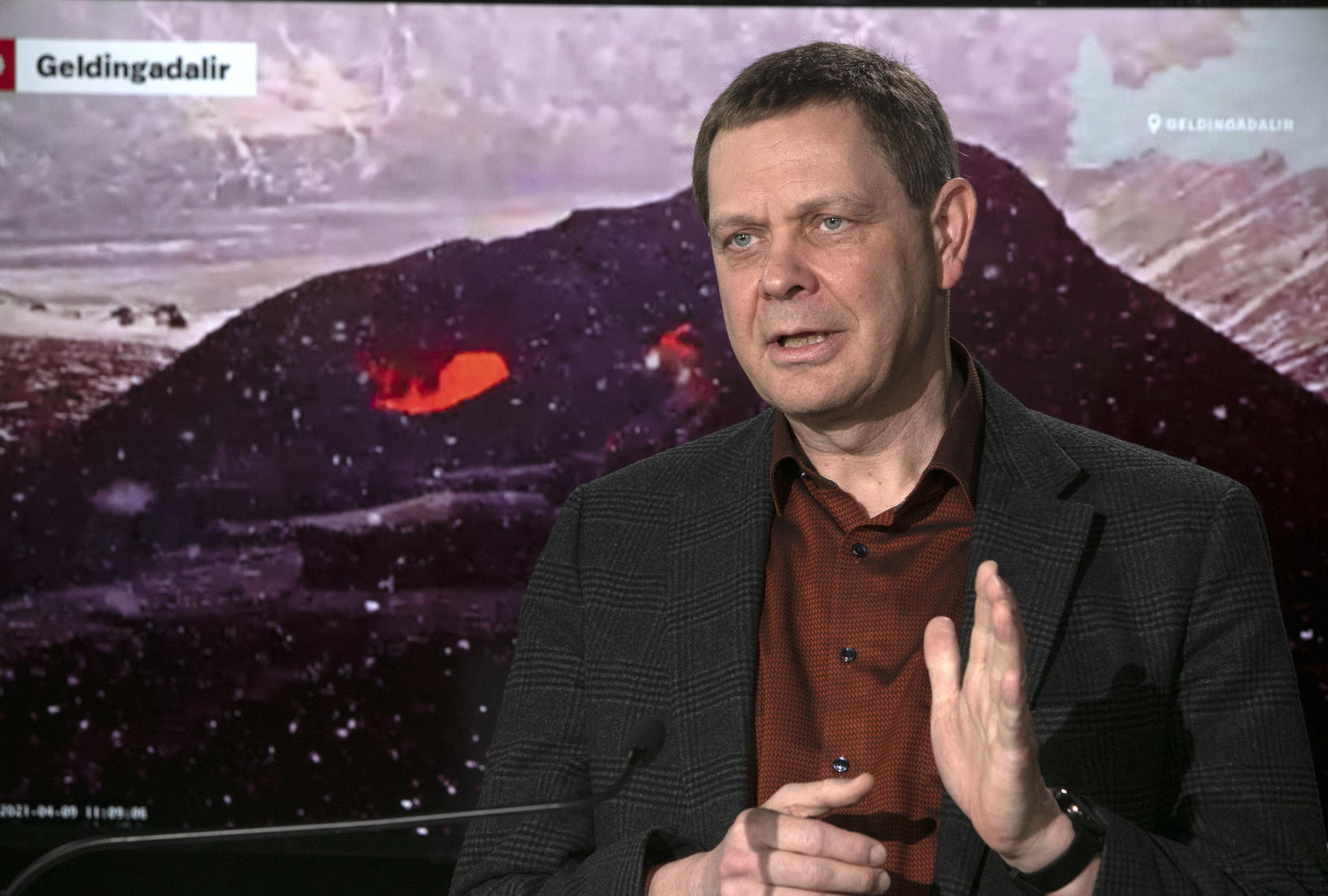 Geophysicist Magnús Tumi Guðmundsson tells mbl.is that this change in the activity could indicate a reduced volcanic activity, but he adds that the eruption may possibly be looking for another place to reach the surface.

Scientists at the Icelandic Met Office sent out a message yesterday, suggesting that the defined danger zone at the eruption site should be extended to a 500 meter (almost a third of a mile) radius from the eruption, due to a change in the volcanic activity.

Páll states that toward the end of the most recent eruptions in Hekla – Iceland’s most famous volcano – a similar activity was seen, although the pauses and the bursts of eruption there lasted longer. Those eruptions, he notes were different from the one by Fagradalsfjall mountain and involved a different kind of magma, making it hard to draw any conclusions.

There was moss on fire near the eruption yesterday, possibly due to hot tephra, carried with the wind a 300-meter distance toward the southwest of the lava field, according to the Met Office.