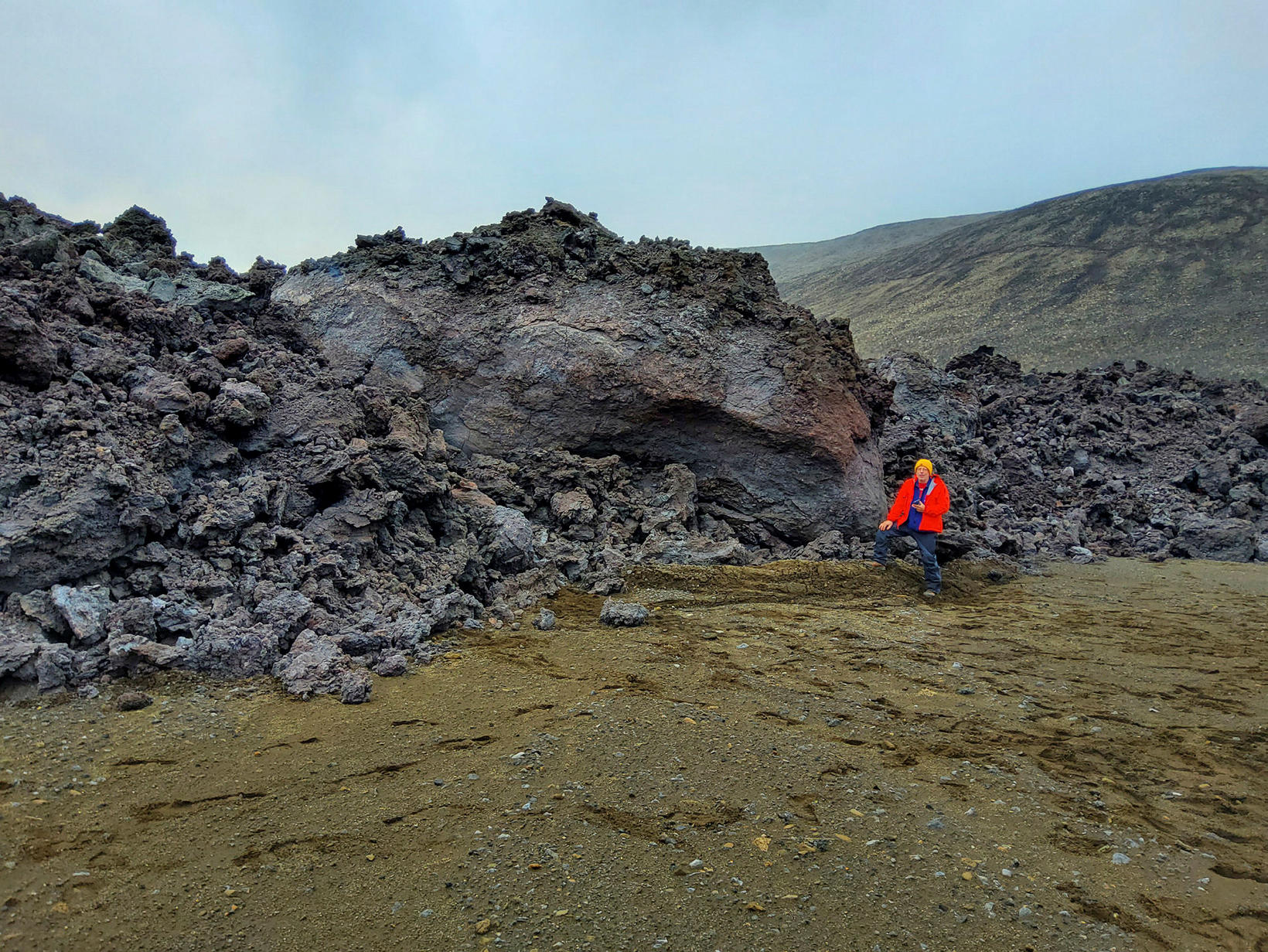 Bruce Houghton, the Hawaii State volcanologist, in front of the lava ball which has finally stopped rolling. Photo/Þorvaldur Þórðarson

“The eruption continues with the same force as before,” Þorvaldur Þórðarson, professor of volcanology, tells Morgunblaðið , referring to the eruption by Fagradalsfjall mountain, Southwest Iceland, which began March 19.

“There was limited visible activity in the oldest craters on Sunday, when I visited the area.” 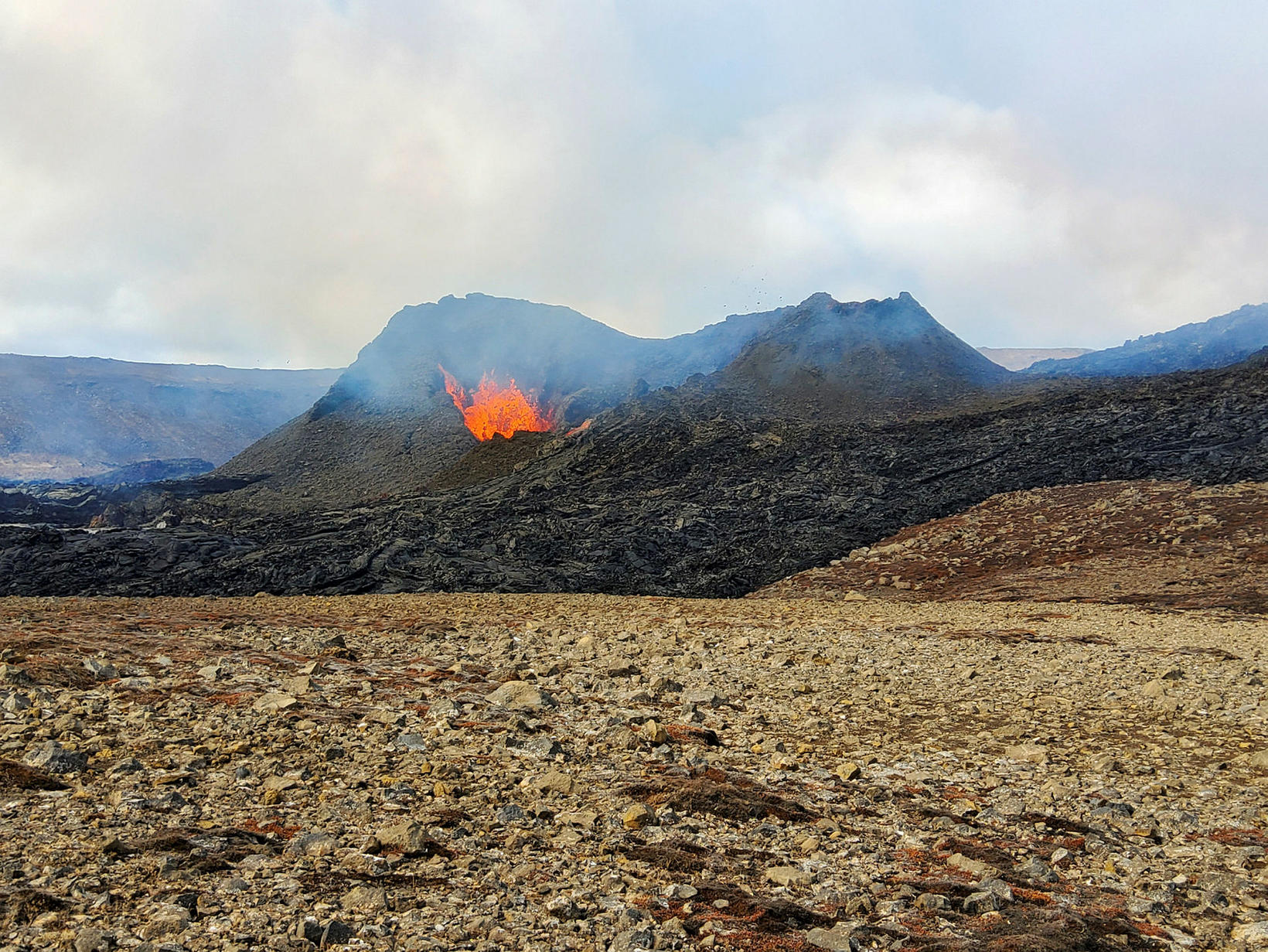 He states this could be interpreted in different ways: “You could conclude that the oldest craters are going out and all the activity is moving toward the craters that are active north of there. Another possibility is that the lava lake in the valley is large enough to reach above the brims of the craters. They are, however, able to continue emitting magma.” 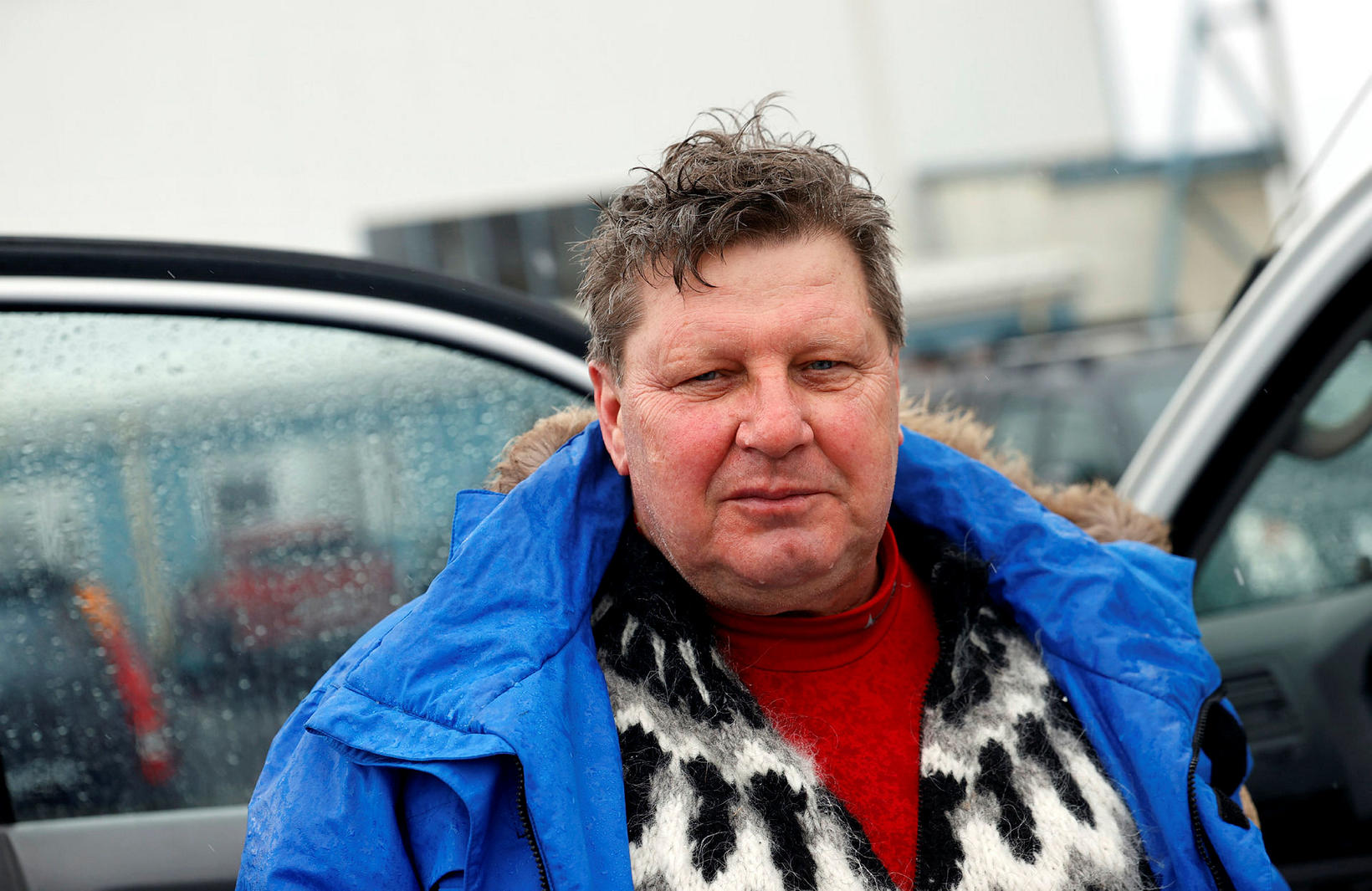 Þorvaldur states he wouldn’t  be surprised if the craters turned out to be almost inundated with magma. That could end up becoming the case with all the craters if the eruption continues. Then the magma will flow straight into the lava lake, which in turn decreases all activity. The lava flow would then continue from the lava lake.

“There was a huge ball of lava at the front of the lava flow, four to five meters (up to 16 ft) in diameter,” he states. “It had clearly rolled down the lava river that formed during this overflow, like a snowball, and collected lava as it rolled on.”