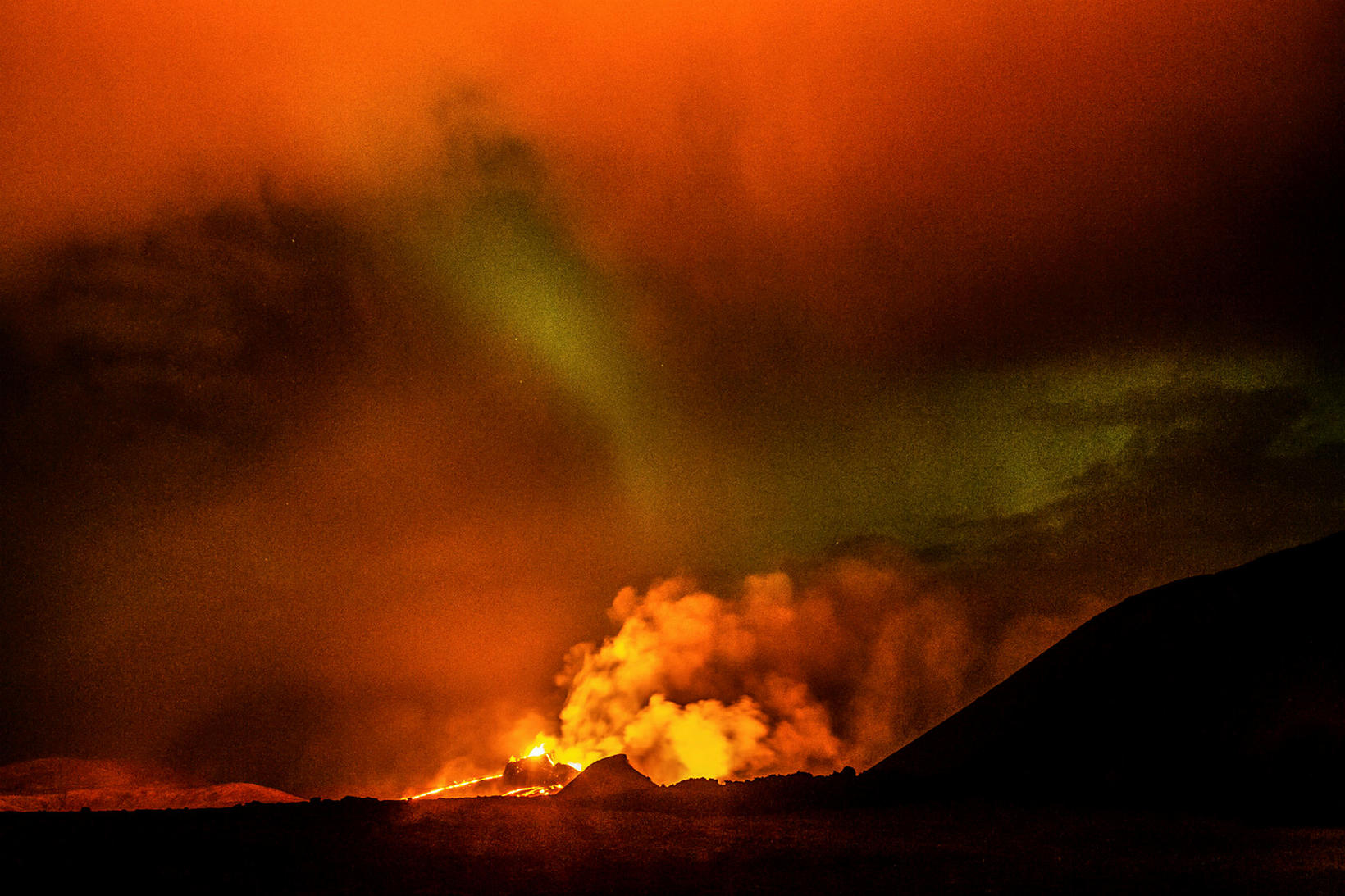 The northern lights appear to rise from the volcano. Photo/Maxmilliganphoto on Instagram

“The eruption in Geldingadalir is the best eruption I’ve ever seen,” British photographer Max Milligan tells mbl.is , referring to the eruption by Fagradalsfjall mountain in Southwest Iceland, which began March 19. He came to Iceland to see it and caught a photo of it where the northern lights appear to rise from the volcano. He has already been to the eruption site six times - once by helicopter, five times on foot.

On his back, he carries no less than 11 kg (24 lbs) of photographic equipment, and he admits his knees and legs have started complaining.

One night, while working with rescue workers, he was allowed to stay into the early morning hours. He was about to leave at a minute before 3 am when he turned around and saw the northern lights. He set up for a 20-second exposure, and the result is the photo you see above. 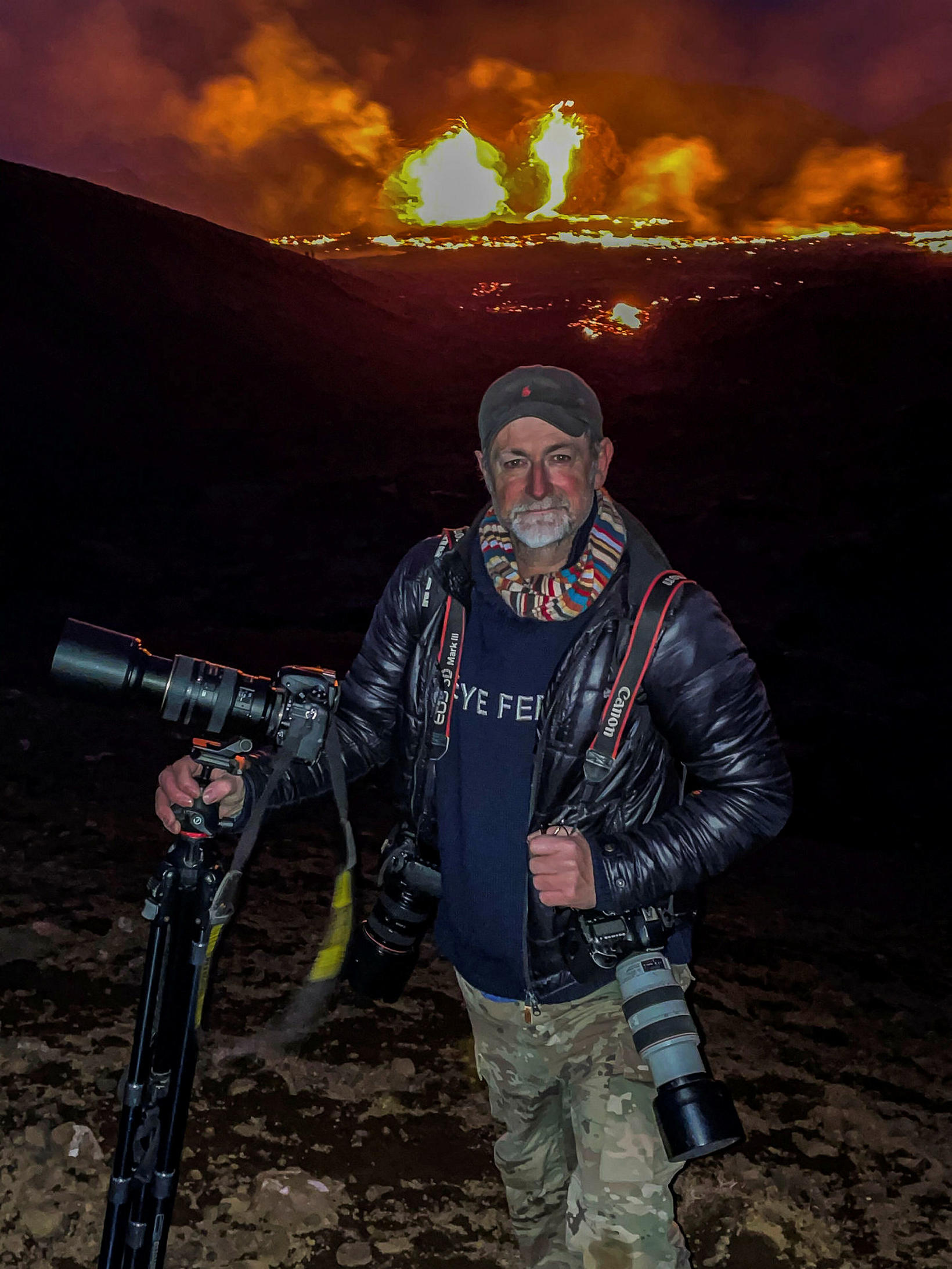 In 2015, he came close to getting a chance to photograph the Holuhraun eruption in the highlands, but missed the chance, because it was too windy for a helicopter to fly there. He left for England and returned to Iceland three weeks later, only to find out the eruption had just ended.

“I’ve literally been waiting for an eruption for six years,” he states. During the past 20 years, he has photographed five eruptions, among them those of Etna, Vesuvius and Stromboli in Italy and Bromo in Indonesia.

His favorite is the eruption in Geldingadalir valleys, Fagradalsfjall mountain. The reason is how diverse it is with its fissures and craters, how fast it changes, and how close you get to it. The lava flow is very special and fascinating - especially after dark, he adds.

Milligan is not new to Iceland. For three years, he traveled the country, worked on a trawler and took part in the roundup of sheep. He photographed former president Vigdís Finnbogadóttir, as well as musician Megas. The result of his stay in Iceland is the book Iceland – As It Is , published in 2018. Now, he’d like to collect photos for a second volume.

He is thrilled to be in Iceland after being stuck indoors in England for 15 months.