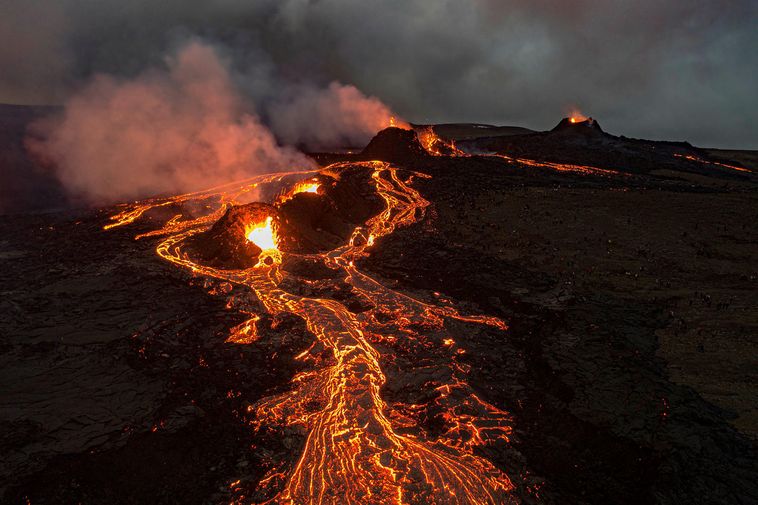 A month has passed since the beginning of the eruption in Geldingadalir valleys, Fagradalsfjall mountain, Southwest Iceland. “The eruption is only part of a much longer course of events, which likely began in December of 2019,” geophysicist Páll Einarsson, PhD and professor emeritus, tells Morgunblaðið.

He states that much has been learned from the eruption. “This is the first time we see an eruption of this kind at the plate boundary.” The main difference lies in how small it is and how slowly it started.

“It started so slowly that no one even noticed it right away, despite its being very close to inhabited areas.” By contrast, he states, most other eruptions at plate boundaries have begun with a bang and a great deal of activity, which subsequently has quickly decreased.

The eruption in Fagradalsfjall shows no signs of diminishing and steadily continues. On Saturday afternoon, mbl.is reported that yet another vent had opened near the previous fissures.