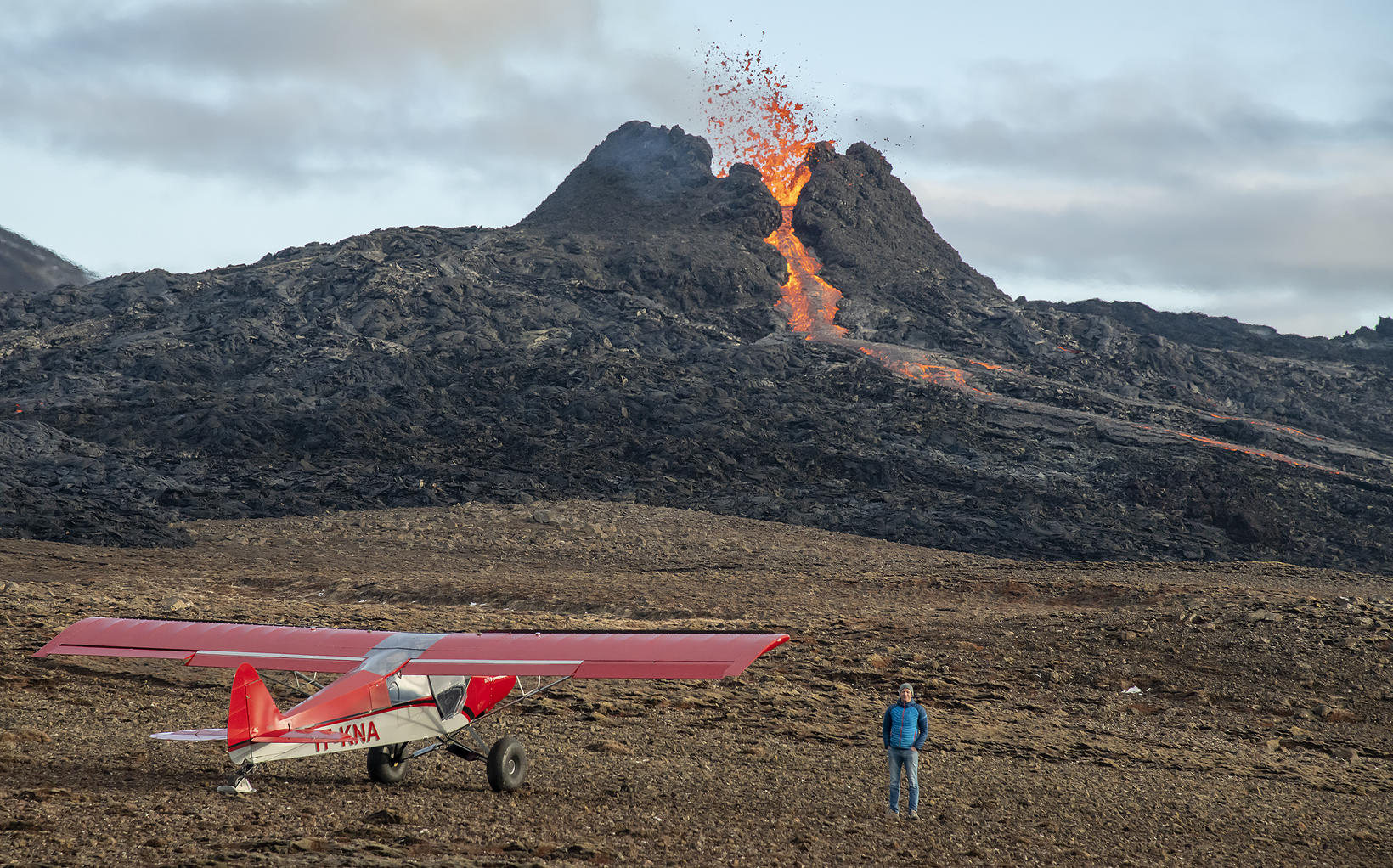 “Landing there is like landing on the moon,” states photographer Haukur Snorrason, who was on board an aircraft that Arnar Þór Emilsson landed at the eruption site in Fagradalsfjall mountain Monday morning.

The landing did not escape the never-sleeping eye of mbl.is ’ webcam. Watch the landing here . 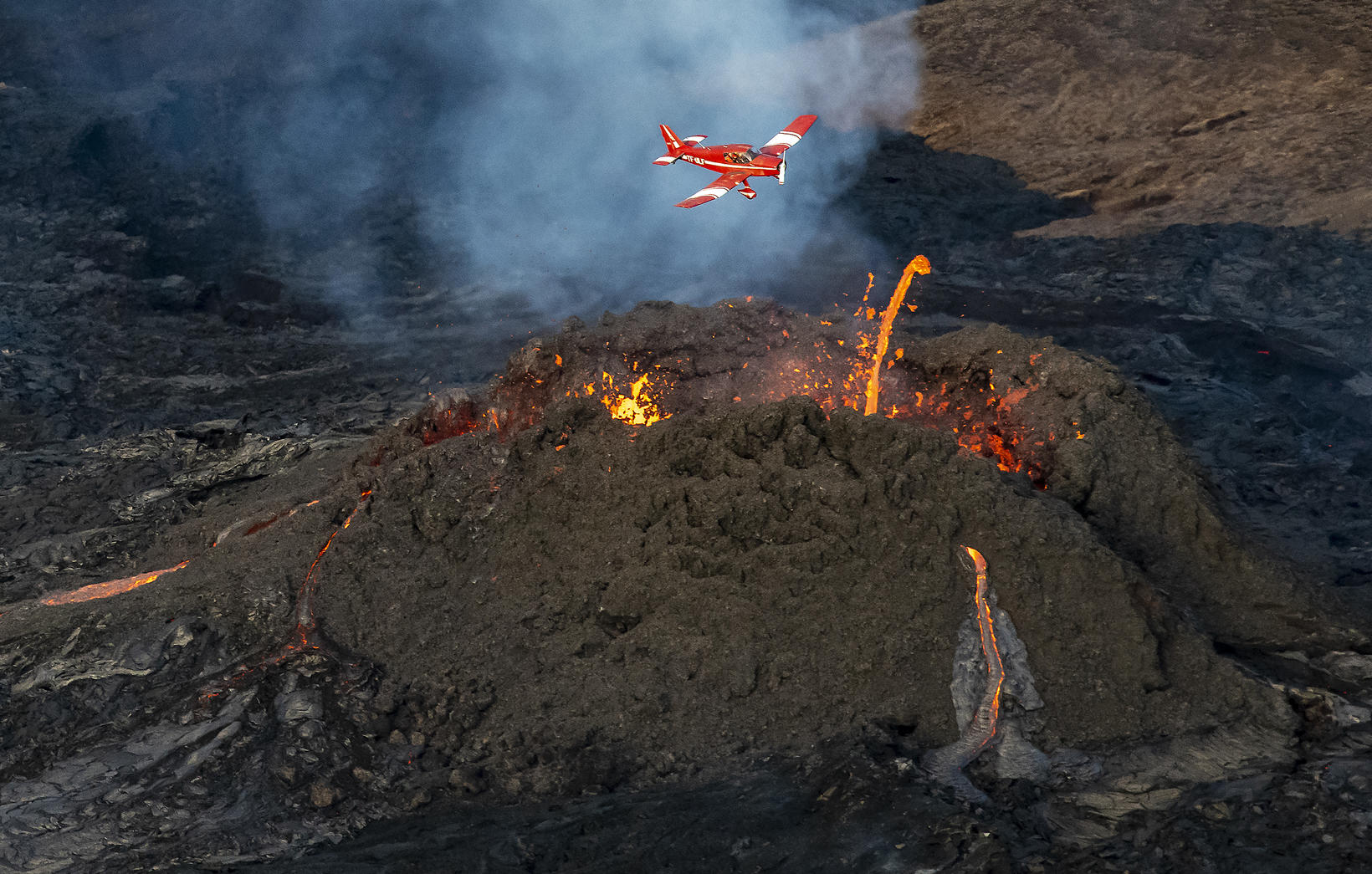 Arnar tells mbl.is he landed the plane near the site where helicopters on sightseeing flights land. The plane is specially equipped. “This wouldn’t be possible unless you had the right plane, specially equipped for landing outside airports,” he explains. It flies exceptionally slowly, has large tires, and more. You need to be cautious, too, and familiar with the conditions.” Besides, this cannot be done if the area is crowded. 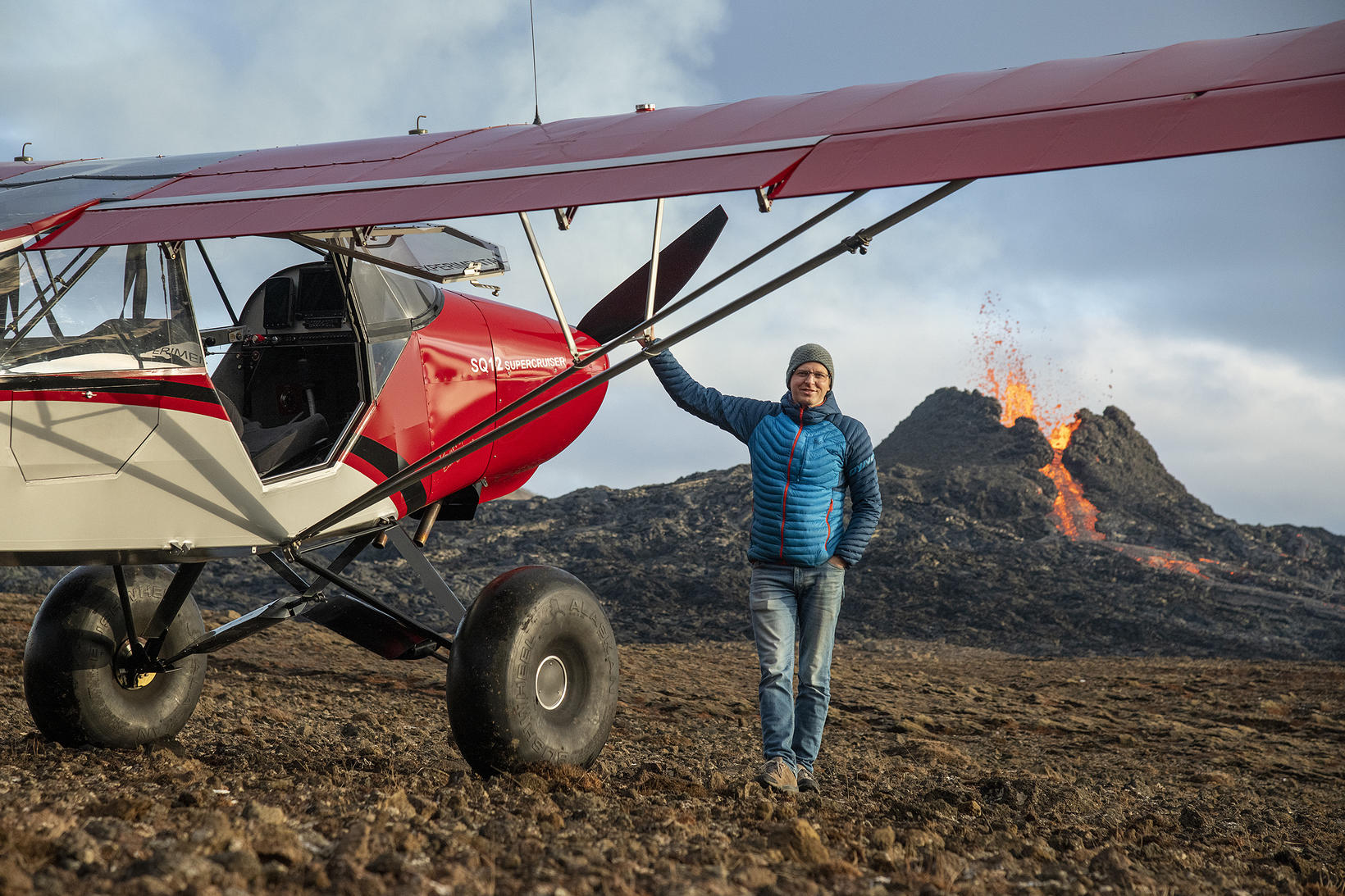 
“I’m a private pilot,” Haukur states, “and I have flown a great deal over the years, but this flight was unforgettable… The experience is very strong – stepping off the airplane and watching this. During the approach and landing, too, and during takeoff – having this in front of you. There is nothing that tops it.”