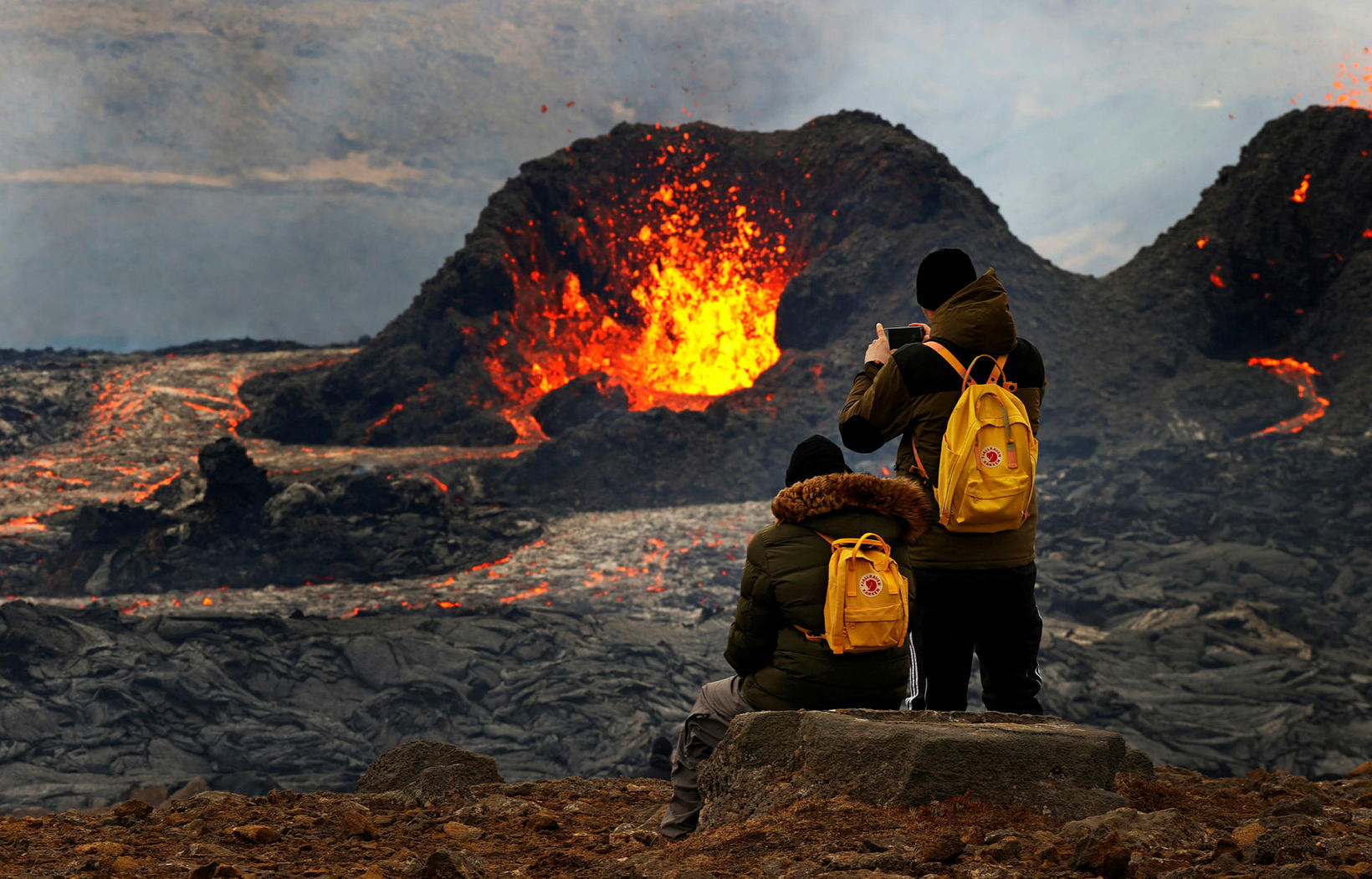 From the eruption site. Photo/Eggert Jóhannesson

“The development is quite atypical,” Professor Þorvaldur Þórðarson, volcanologist and PhD, tells Morgunblaðið , speaking of the eruption in Fagradalsfjall mountain, Southwest Iceland.

Typically, in a fissure eruption, the volcanic conduit, i.e. the passage through which the magma rises to the surface, gradually becomes narrower, ending up in one or few craters. In Fagradalsfjall, by contrast, more and more vents have opened.

“This magma is primitive with a high relative density,” Þorvaldur explains. “For a while, its passage was delayed at a depth of one kilometer, as you recall. Due to tectonic plate movement, small cracks or weaknesses in the earth’s crust had formed. The magma took advantage of those.” 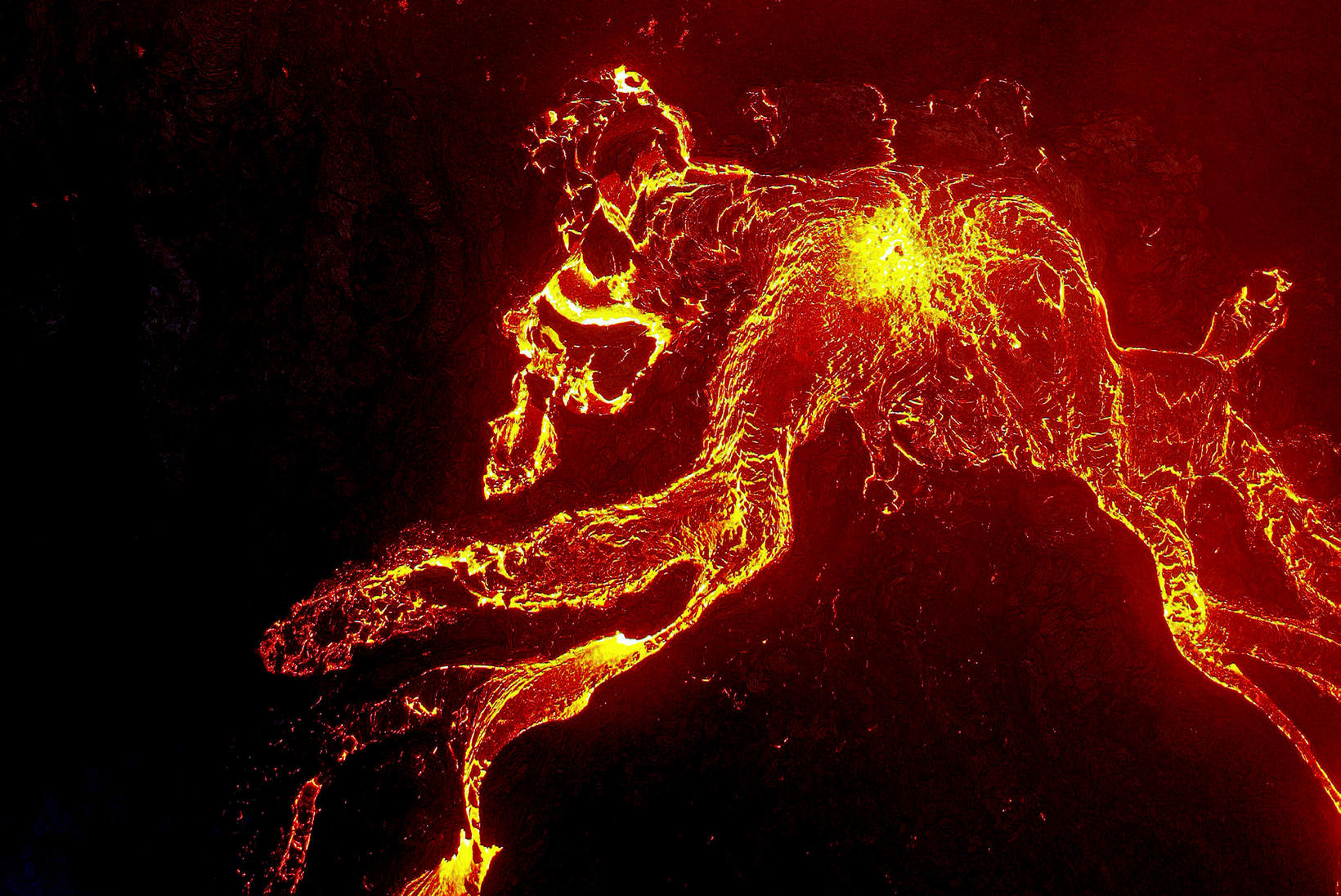 He likes to compare these small cracks to straws. Several of them lead down to the magma, and there is magmatic overpressure in the magma dyke.

“That explains the difference in the magma’s surface levels in the oldest craters in Geldingadalir valleys,” he continues. “The magma’s surface has always been much higher in the southern crater than in the northern one. That shows there is no connection between those two vents until the magma dyke is reached. It’s like dipping many straws into the same glass.”

The northernmost crater, above Meradalir valleys, is located at the highest elevation of all the vents. The force in its eruption was vastly reduced yesterday – a logical result of the increased number of vents at lower elevations. In Þorvaldur’s opinion, there was no reduction in magma flow yesterday, which he estimated to be in excess of 10 m3 per second.

“A considerable lava lake has formed, and all the lava rivers, as well as craters, are filled to the brim, ” Þorvaldur states. “The sides of the lava lake can burst at short notice.” He believes we will likely see sudden streams of lava start flowing from underneath the lava crust, most likely toward the east. Therefore, he cannot recommend hiking trail A in that area. It ought to be farther away from the new lava, and preferably at a higher elevation, he concludes.

Access to the eruption site is closed today, due to inclement weather – strong winds and heavy rain. To check the latest updates, visit safetravel.is .