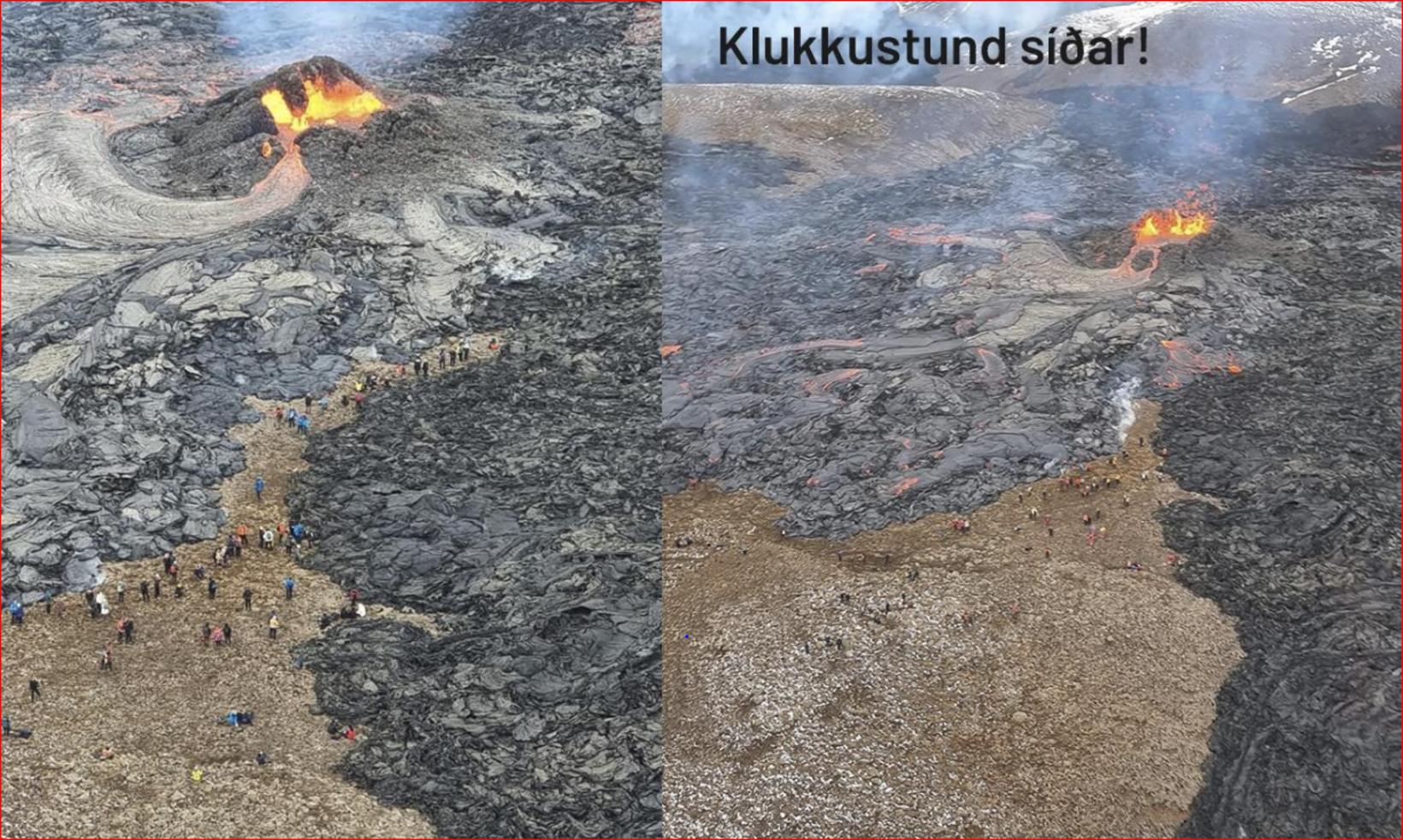 The photos were taken an hour apart. The caption reads, 'An hour later.' Photo/Department of Civil Protection and Emergency Management

Time after time, people visiting the eruption site in Fagradalsfjall mountain, Southwest Iceland, have disregarded warnings and entered an area defined as a danger zone. Some have even ventured in between two lava streams, running the risk of becoming trapped between them, mbl.is reports.

The defined danger zone can be seen in the map below, published Saturday by the Icelandic Met Office and good until April 16. Hiking paths A and B are marked with dotted lines. 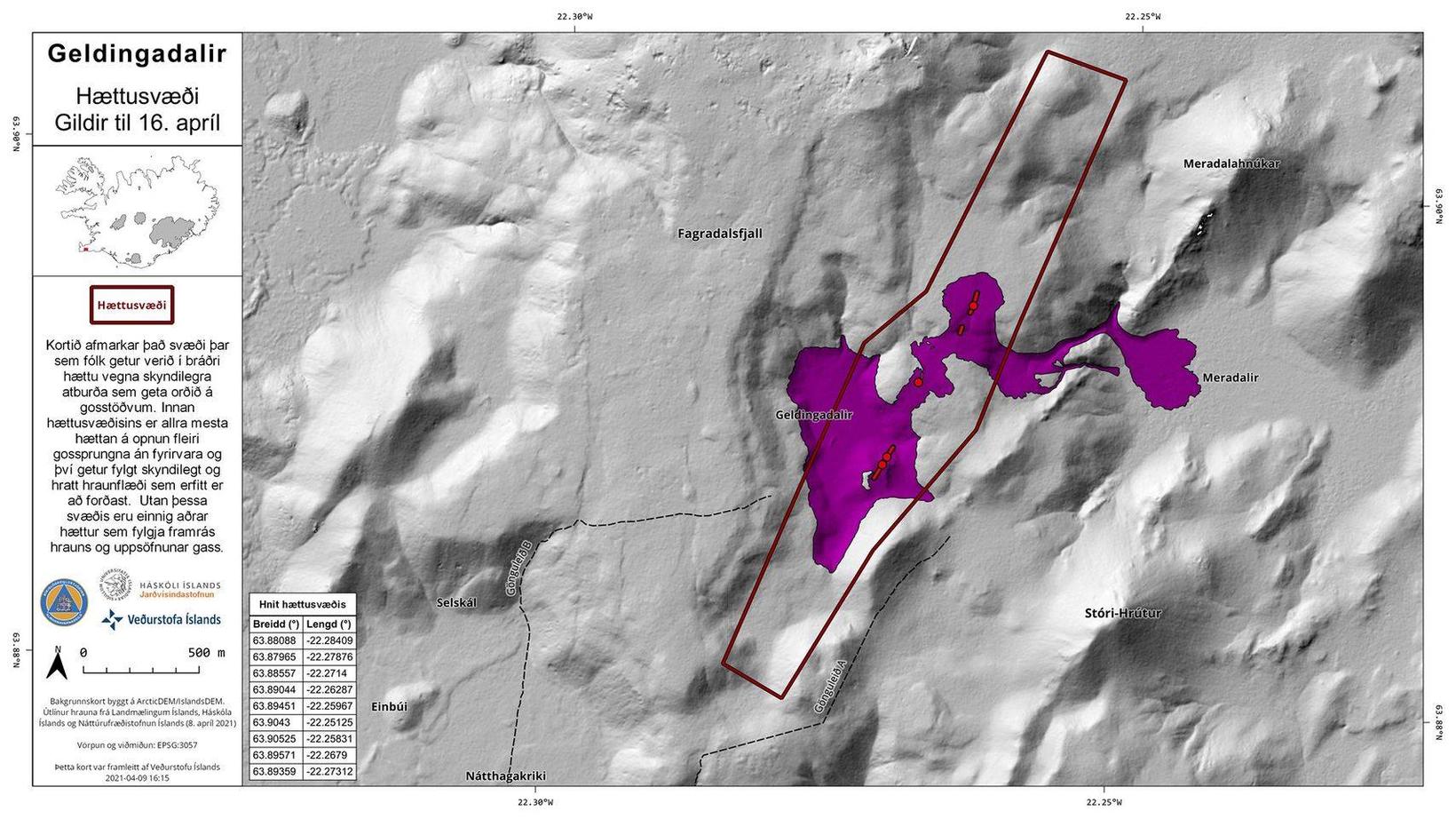 The map shows the defined danger zone. Hiking paths A and B are marked with dotted lines. Map: The Icelandic Met Office

Inside the marked area, people could be in imminent danger, due to sudden eruption-related events. This is the area where new fissures are the likeliest to suddely open, bringing about a sudden lava flow, difficult to escape.

In the photos above, taken an hour apart, you can clearly see how quickly the lava stream takes a new turn and how easily people could become trapped by the hot lava.

Yesterday, rescue workers’ main concern at the eruption site was volcanic gas pollution. “What we fear is this hidden sort of gas poisoning,” Suðurnes Chief Superintendent Bjarney Annelsdóttir tells mbl.is . “People who are in excellent physical shape are experiencing exhaustion on their way back [from the mountain]. This is not a difficult hike. Many experience fatigue and feel ill on the way back without knowing why.”

She states the Directorate of Health has been asked to better explain what sorts of symptoms people should be watching out for. Although police officers repeatedly warn people about gas pollution, she states that their warnings do not seem to be taken seriously.

“I understand the great interest in visiting the site to see this, but the question is for how long people need to stop at the site in such circumstances,” she concludes.

We remind you of the essential list we compiled for anyone planning to visit the site. In addition, always check safetravel.is for the latest updates.