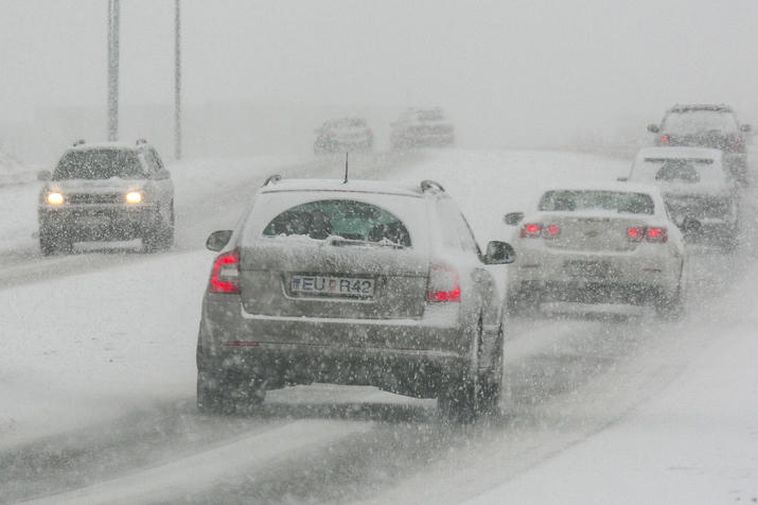 Winter has returned. The road in Kjalarnes, Southwest Iceland, was closed for a while due to poor visibility, but was opened again this morning. Archive photo.
Vala Hafstað
vala@mbl.is

Numerous roads are impassable in those parts of the country, due to snow and blowing snow. There are windy conditions in West and Northwest Iceland, as well as blowing snow and limited visibility.

After a mild winter in most parts of the country, it is time to heed weather warnings and check road conditions.

In all those areas, A gale or strong to severe gale-force winds with snow or blowing snow are causing deteriorating road conditions and poor visibility, especially on mountain roads.

For Northeast Iceland, a north blizzard warning will expire at 11 am. It has caused limited visibility and blowing snow, as well as poor driving conditions, mainly in hilly areas.

Holtavörðuheiði mountain pass, West Iceland, is closed. Roads in the West Fjords are either impassable or icy.

The same is true for roads in North Iceland. In Northeast Iceland, driving conditions are difficult, and some roads are closed.

Strætó bus company expects delays in its schedule between Selfoss and Reykjavík, due to strong winds.

It is time to check road conditions on road.is and on safetravel.is, where you can see the latest updates.

UPDATE at 12:30: The weather alerts have been extended. For the updates see here.