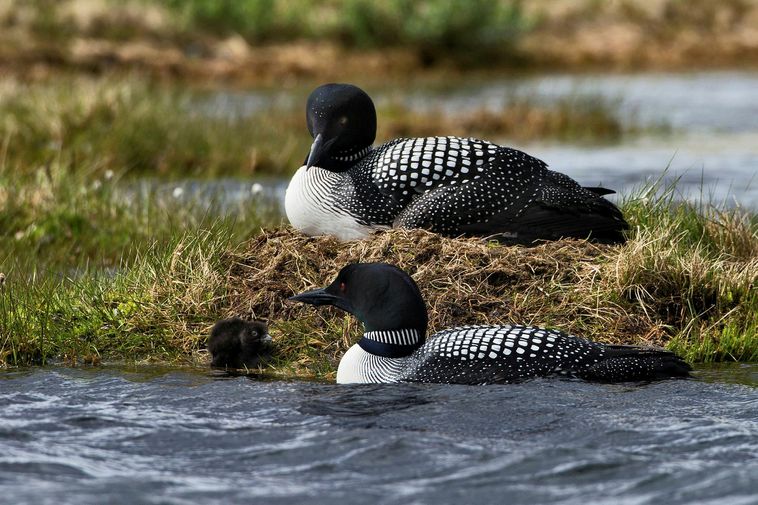 There are plans to install a floating nest or platform in Vantsdalsvatn lake, located in the Vatnsfjörður Nature Reserve, on the south side of the West Fjords in Iceland. The purpose of it is to make the area a better nesting ground for the common loon. Branches could be attached to the floating platform to make it more appealing to the bird.

The Environment Agency of Iceland has given Bjarni Össur Rafnar permission to go ahead with the project, stating that it could potentially have a positive impact on the area.

This is a five-year experimental project, and the floating platform would be installed in the lake in early May, before the nesting season, and removed once the season is over. The moorings will be left in place, making it easy to reinstall the platform next year.

According to ornithologist Jóhann Óli Hilmarsson, the installation of floating platforms for the loon has been proven to increase its nesting success by mitigating the effects of water level fluctuations or flooding. Increased water levels can inundate the nest, while decreased water levels can result in the nest landing on dry land, far away from the lake.

Jóhann Óli states that if this experiment proves successful, the same could be attempted elsewhere, where there is a lack of good nesting places for the common loon, or where there are major water level fluctuations.

According to fuglavefur.is, the loon is a great swimmer and diver, which skims along on its belly in order to slow down when it lands on water, whereas most birds brake with their feet. Neither the common loon nor the red-throated loon can walk and they only come to land to lay their eggs. To do so, they crawl on their belly to and from the nest.

Iceland is the only country in Europe where the common loon nests. It is partly a migratory bird, but the ones that stay here all year do so along the coast. Only on large lakes do you see more than one pair of loons, since they do not allow other loons to nest nearby. About 300 pairs of common loons nest in Iceland.

You can listen to the loon’s comment on this story by clicking here and then pressing the loudspeaker in the lower left corner of the photo, where it says “Spila hljóð.”