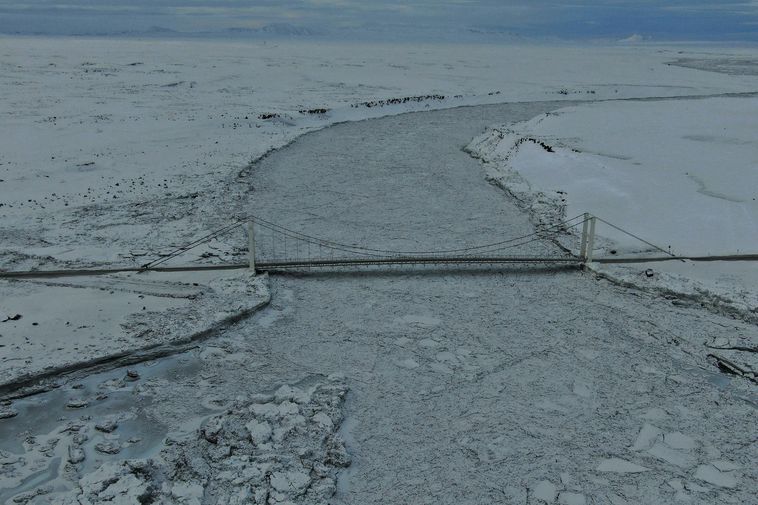 The bridge over the glacial river Jökulsá á Fjöllum, Northeast Iceland, has for the past few days been open in daylight only, since the water level remains considerably higher than normal, Morgunblaðið reports. Traffic across it is being directed, and over the weekend, it was open between the hours of 9 am and 7 pm.

The bridge was closed  for a while after ice and slush from the river flooded the road west of the bridge on January 26. The flood occurred when an ice jam in the river burst. The risk continues of another ice jam forming and causing a flood.

Despite the accumulation of ice in the river, no damage to the bridge has been reported.

An uncertainty phase is still in place, due to the risk of flood.