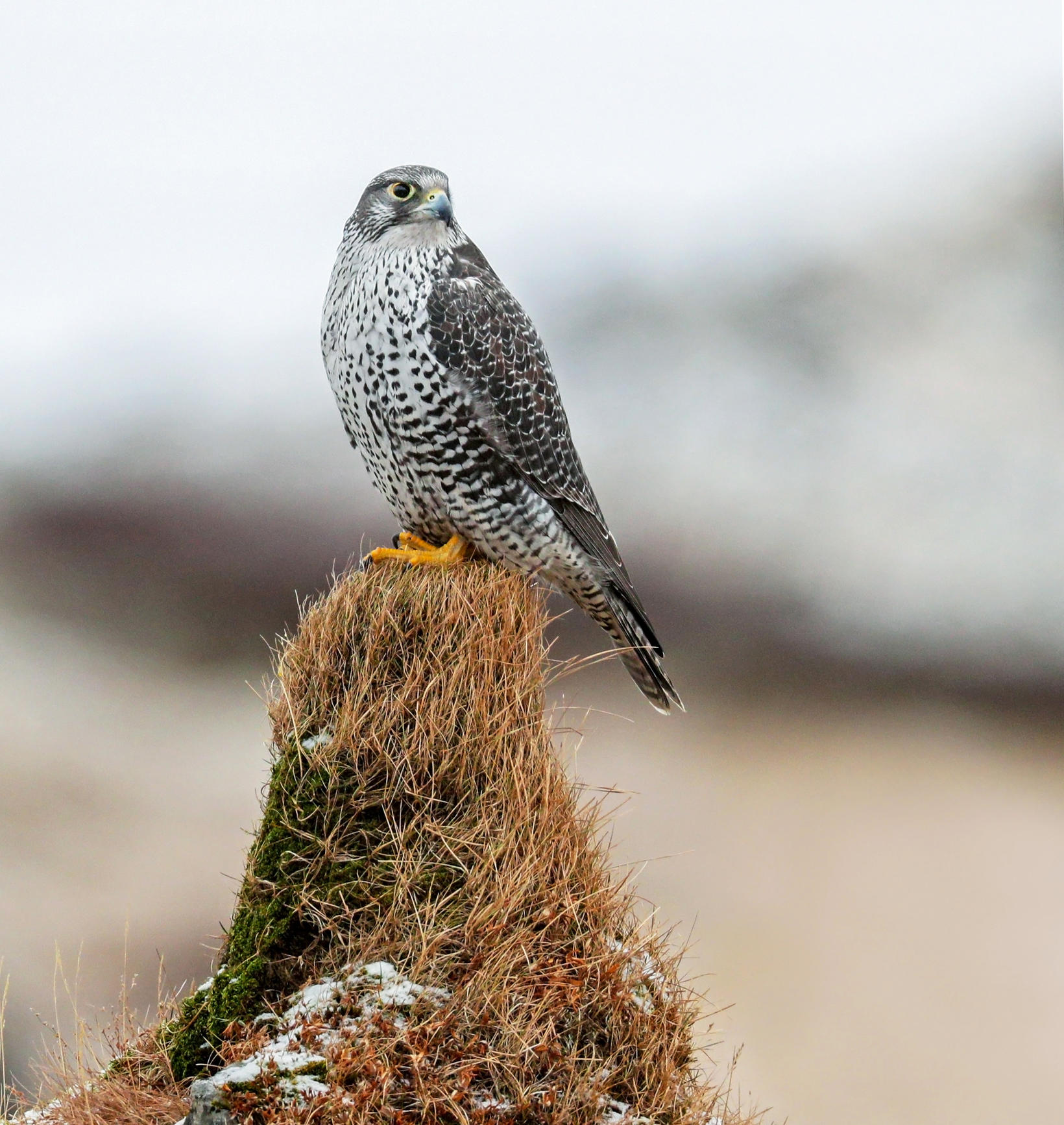 Photographer Alex Máni Guðríðarson, who specializes in photographing birds, had the good fortune at the beginning of the year to spot a gyrfalcon by Hlíðarvatn lake in Selvogur, Southwest Iceland. The bird hardly moved when Alex Máni began taking pictures, even though he was very close to the bird.

Alex Máni describes the feeling of being so close to the bird as amazing. “[The gyrfalcon] looked so majestic where it perched on the largest tussock,” he states. “There was nothing else around, and it appeared to rule over the whole area.” 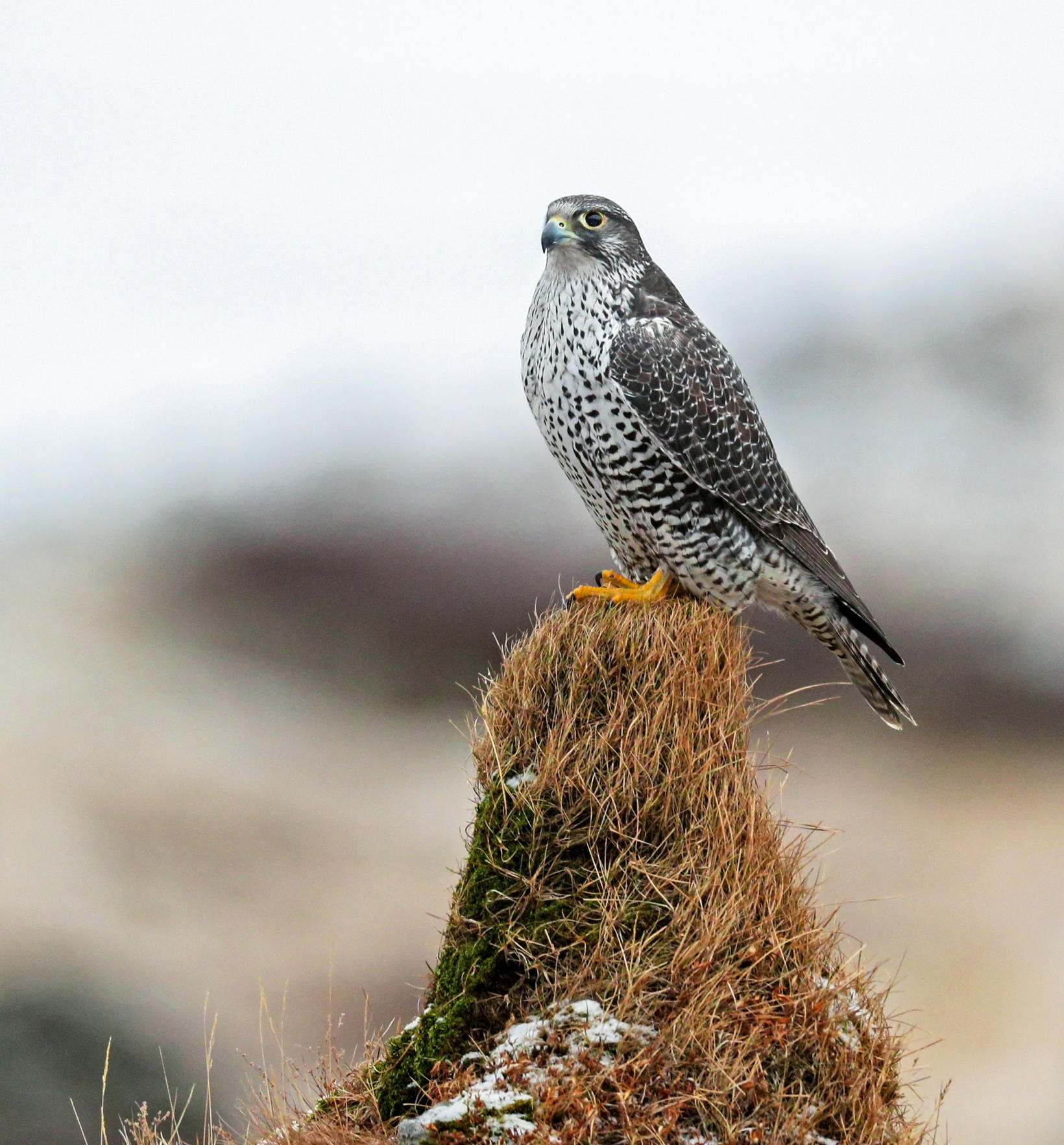 He starts every year by going bird-watching, hoping to catch sight of some birds to photograph. His record is being able to photograph 160 birds in a year.

“We, the crazy bird enthusiasts, always keep a list for the year, and we try to get photos of as many birds as we can throughout the year,” he states.

Before spotting the gyrfalcon, Alex Máni had given up all hope of finding a bird to photograph that day. 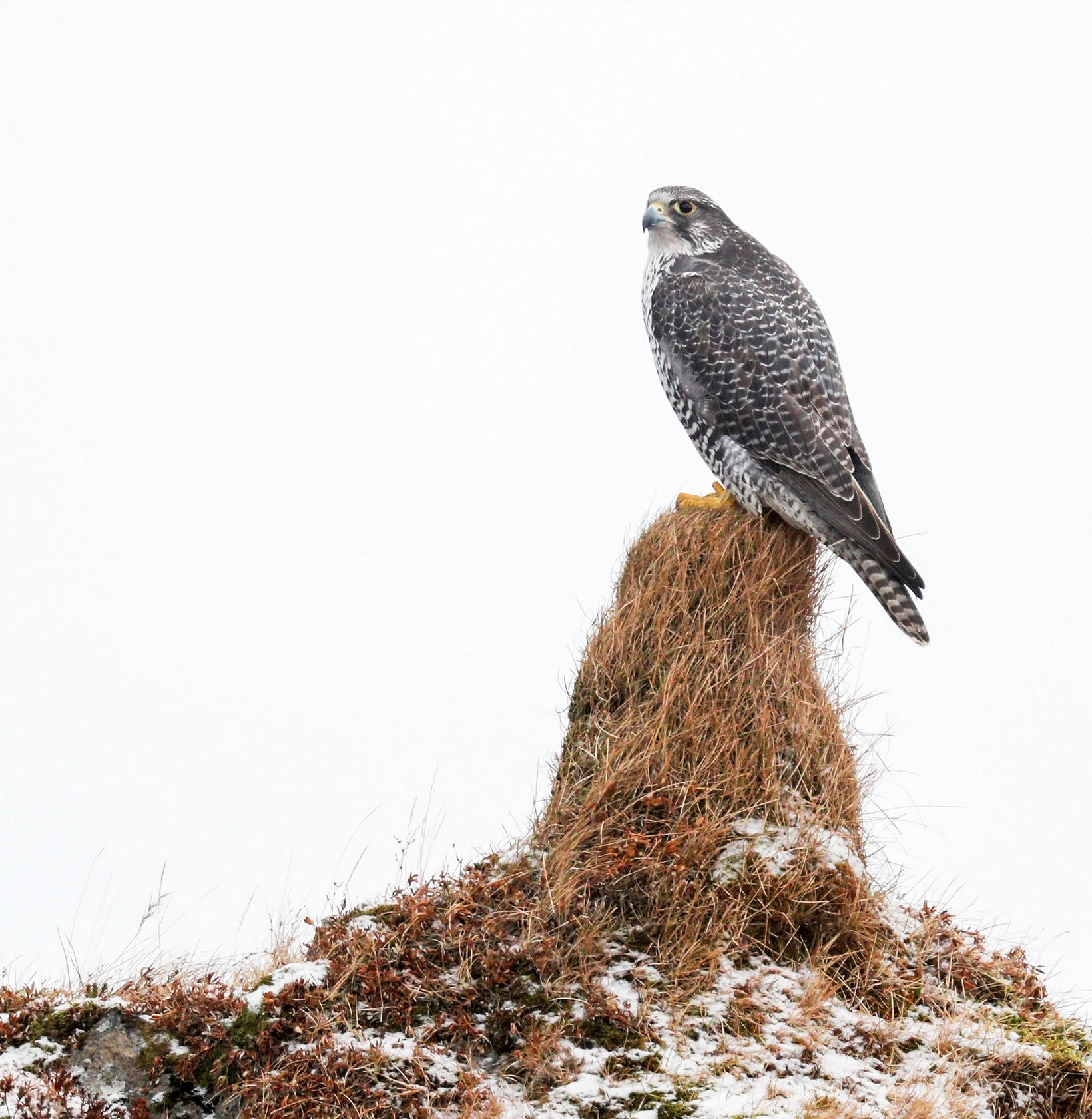 “There were no birds on the lake; it was completely calm. I had, in fact, given up. I had driven all around the lake.” When he suddenly spotted the bird on a tussock, on which he had frequently hoped seeing a bird, he slammed on the brakes. “I turned off the engine and took a few pictures.”

When the bird flew off and perched on a pole, he let it be. He points out that the gyrfalcon is a protected species and should not be disturbed or scared off.

Alex Máni has an Instagram account, where he frequently posts his photos. His interest in birds was sparked when he was a boy. “I have always been very interested in nature,” he states, and constantly looking around…My late grandfather took a lot of pictures and my stepfather was very interested in birds,” he concludes.