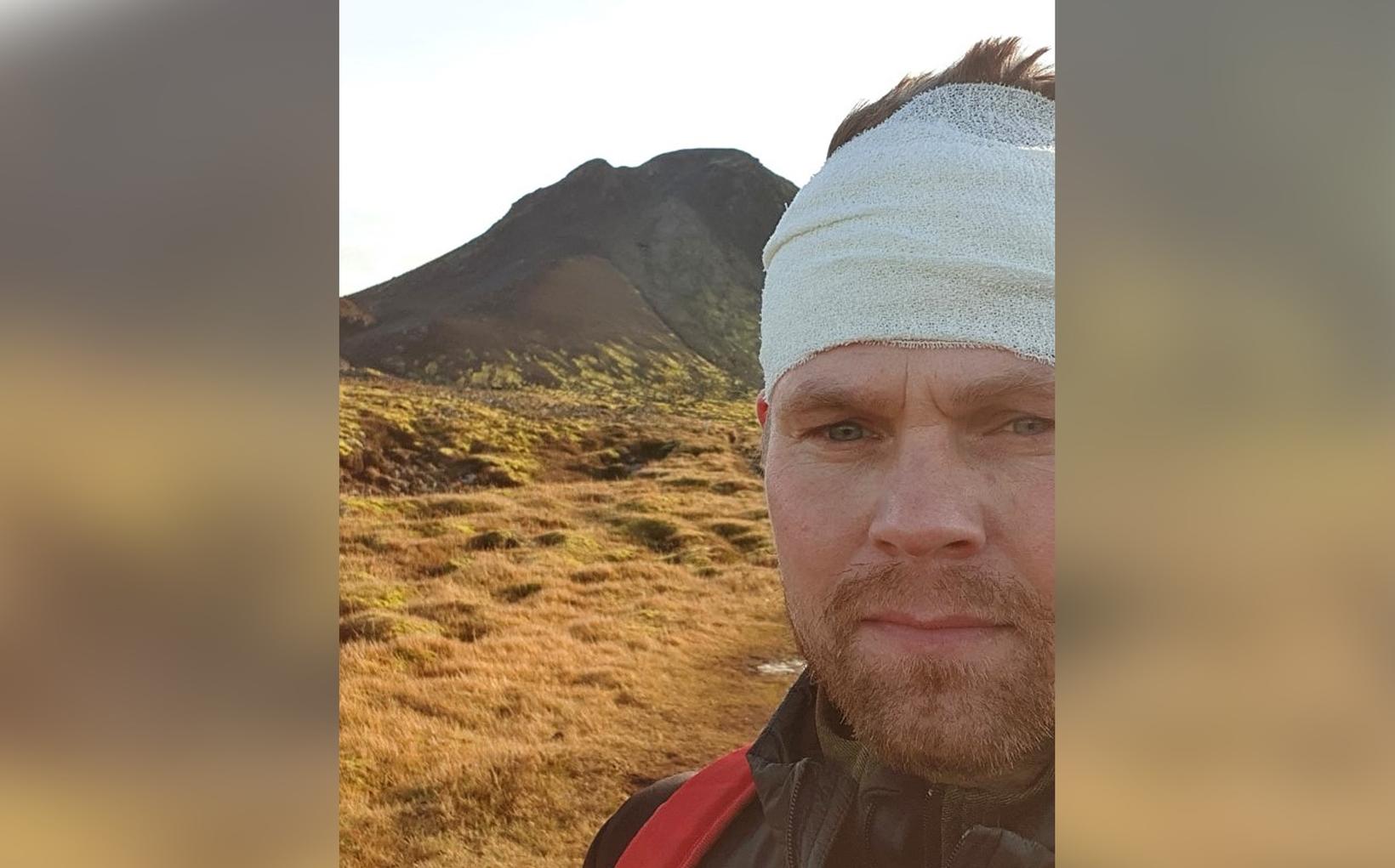 Benedikt Jakobsson, once he had descended the mountain. Photo/Contributed

Benedikt Þórður Jakobsson, a resident of Vogar, was thrown off his feet when an earthquake of magnitude 5.6 hit  Southwest Iceland Tuesday afternoon. He was standing at the top of Keilir mountain, close to the source of the earthquake - the strongest one to hit the area in 17 years.

The observation deck at the top of the mountain.

“I was at the top, by the sundial, looking at the view,” he tells mbl.is . “I was about to take the last pictures before going downhill when I was thrown off my feet and lost balance. I was taking a step, on a slight incline, when I was knocked down. In fact, I fell before hearing any noise. It felt like fainting. The next thing I knew, I came to a few meters farther down the slope.” 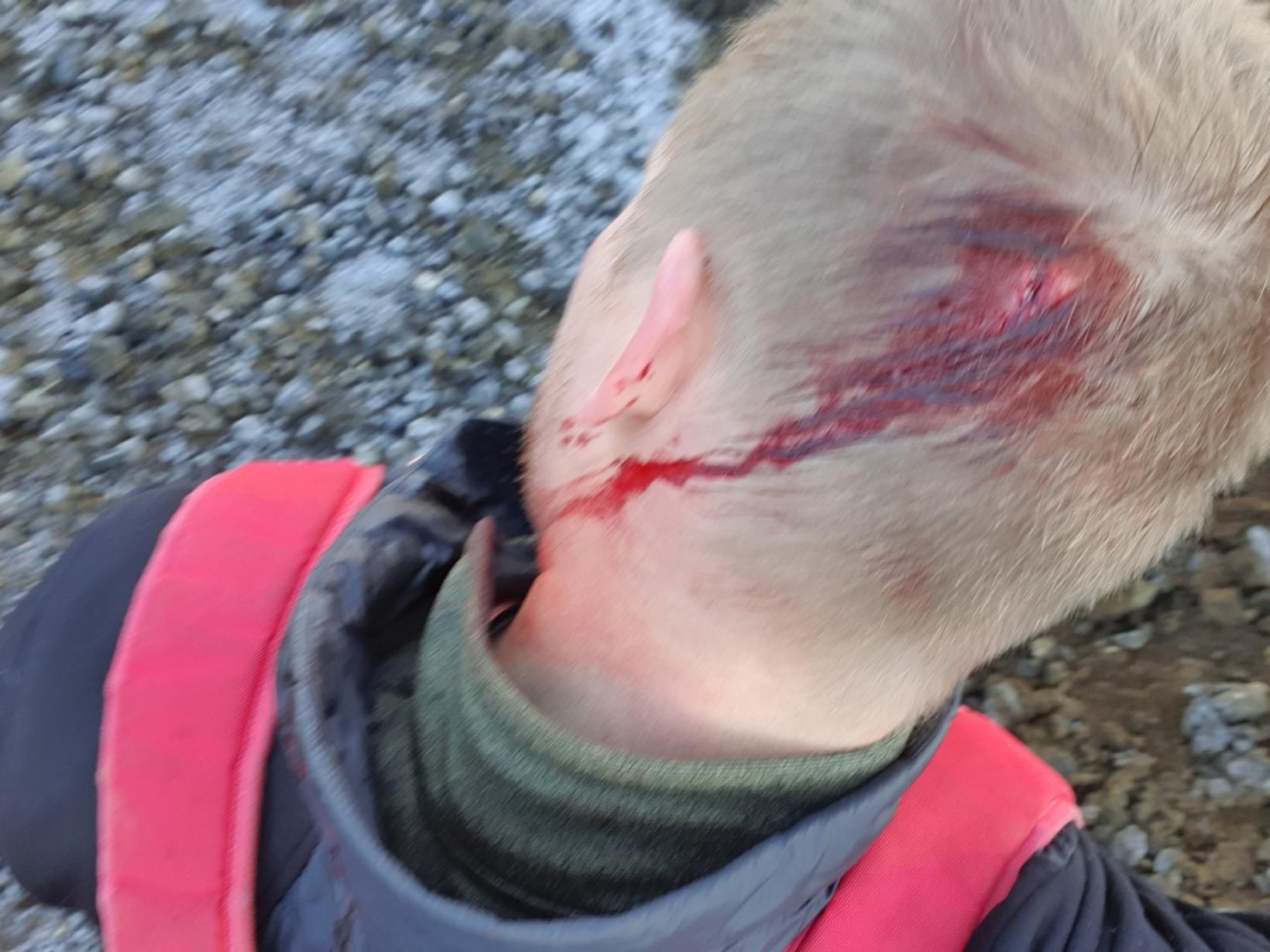 
When I stood up, I could still feel the earth trembling … After a few seconds, I realized this had to have been a landslide in the mountain or an earthquake. I ran back up to the sundial, where I thought I’d be the safest. That’s when I realized I had hit my head and cut it.”

He states he lost consciousness for a few seconds after the fall. It was a close call, he states. “Once I stood up, I checked on the dog. Then I ran toward the observation deck, where it felt the safest under the circumstances. I looked out over the edge and saw a couple of people running down the mountain. [See an account of their experience here .]

The observation deck shifted in the earthquake. Photo/Benedikt Jakobsson

“ I had seen them earlier, and I was relieved to see they were all right.” He then started thinking about how to hike down the mountain. He started walking in the direction of Reykjavík. “Still, there was no trail to be seen anywhere, only gravel. Everything seemed to have shifted there, too. The dog and I hurried downhill, without thinking about following any particular trail.”

Any sign of the trail is gone. Photo/Benedikt Jakobsson

“As soon as I had descended the mountain, the relatives began calling. When I told them I had hit my head, the called the ER, where I went for a checkup.”

It turns out he needed five stitches. By chance, he had taken gauze along, which he has never done before. That came in handy. The head injury hasn’t resulted in any aftereffects, he states, and the dog escaped unhurt. 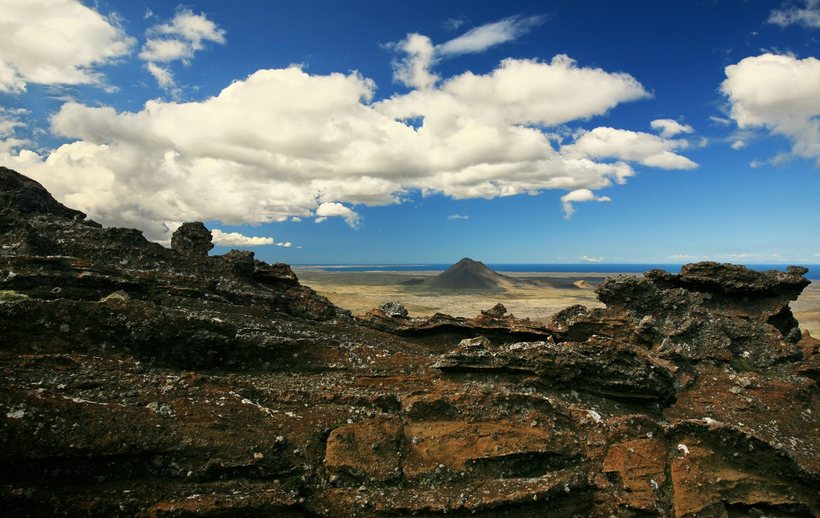