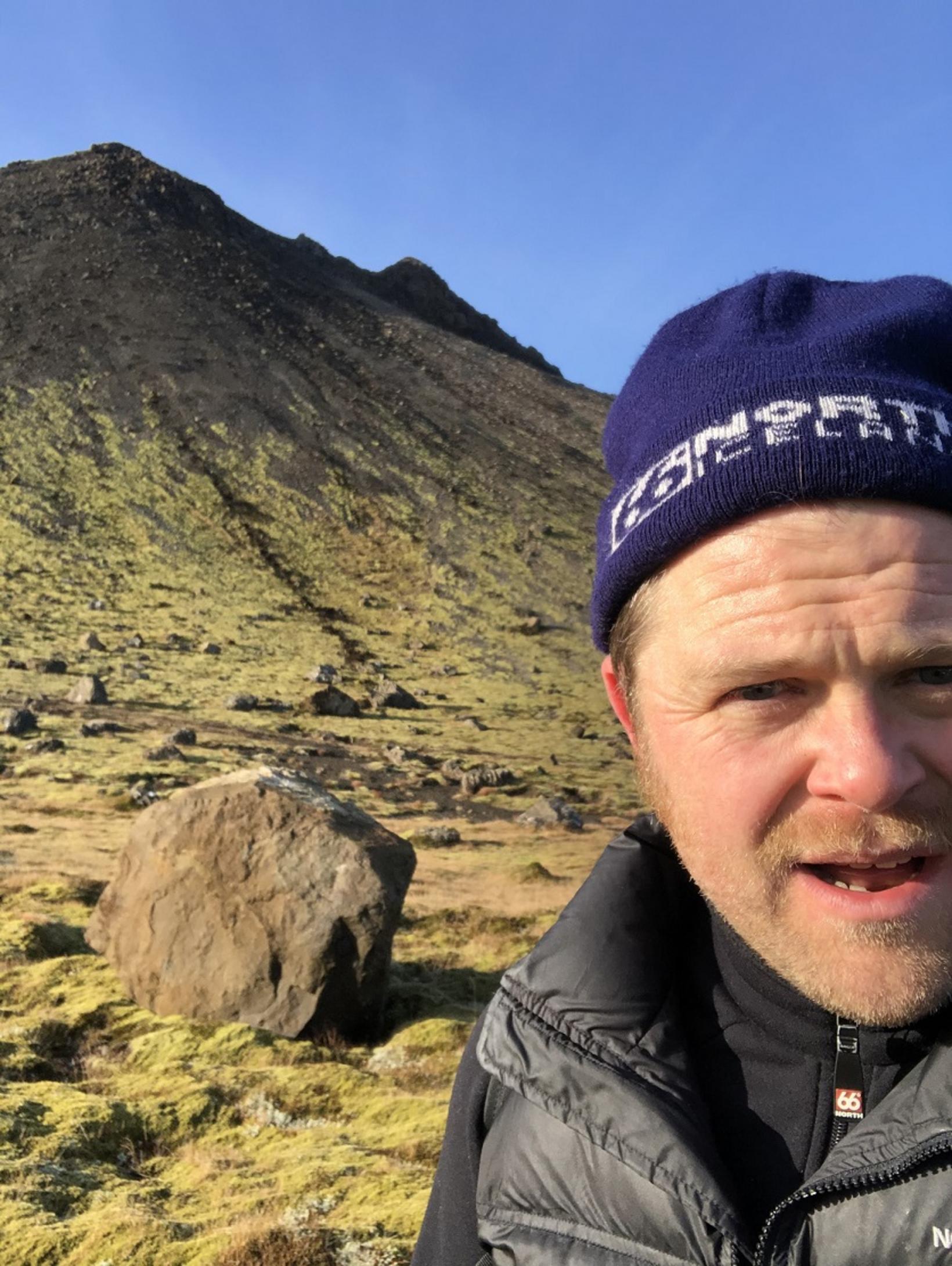 Jón Svavar Jósefsson, opera singer, and his girlfriend, Halldóra Björk, had to run for their lives yesterday when an earthquake of magnitude 5.6 hit the Reykjanes peninsula, Southwest Iceland. They were hiking down Keilir mountain when the earthquake hit. The tremor sent large rocks rolling down the mountain slopes. 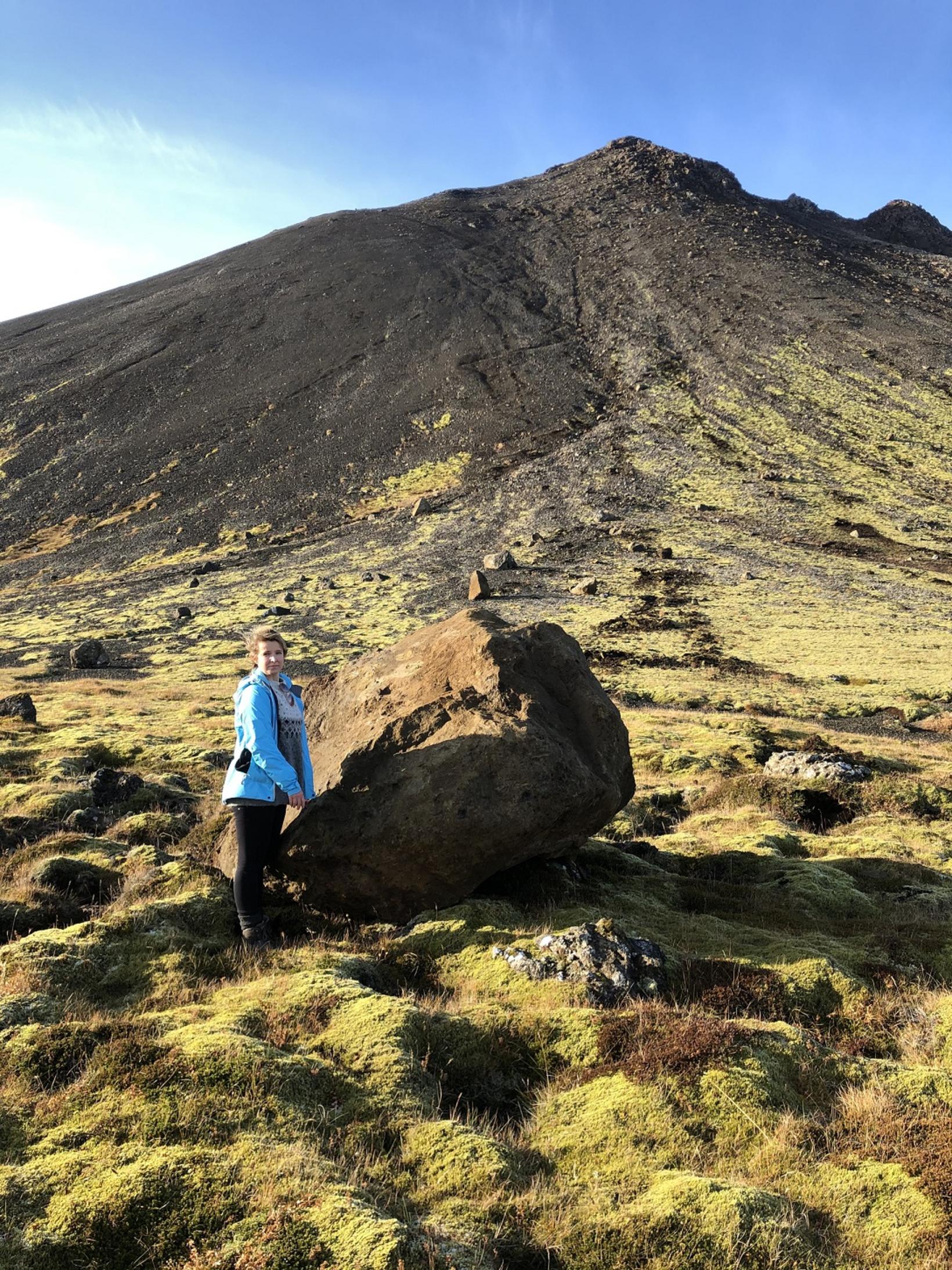 Halldóra Björk, standing by one of the rocks that rolled down the mountain. Photo/Contributed

“This could have ended really badly if we’d been hit by a rock. It was sheer luck that we escaped,” Jón tells mbl.is .

The couple were hiking down the west side of the mountain, where the slope is steep, when the earth started trembling under their feet. “It felt like the mountain was coming toward us,” Jón relates. “At first, you think you’re going to faint.” The next thing I knew I was sitting somewhere below; my hat had fallen off and my sunglasses as well.” He had to climb back up a few meters to pick up his glasses, which were buried in sand. 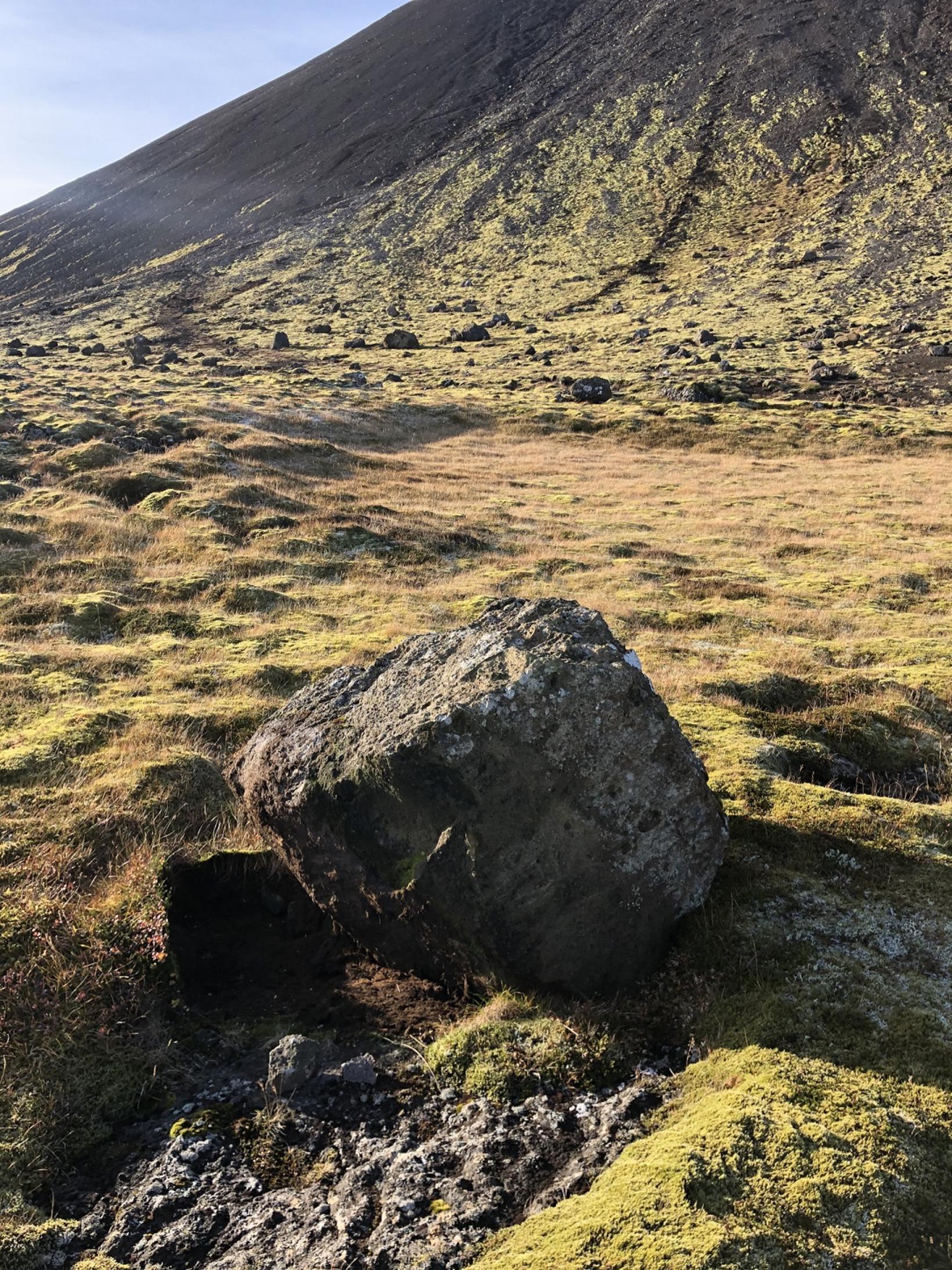 One of the rocks that shifted place. Photo/Contributed

The next moment, large rocks came tumbling down on either side, some very large. They started running down the slope. “The power was unbelievable. It was as if the mountain had moved about 4 meters, along with us.”

He describes some of the rocks as being the size of a chest of drawers, others as large as a Toyota Yaris.

Luckily, they escaped unharmed. They worried about another hiker they had seen, but he, too, was all right. He had been at the very top when the earthquake hit. He was knocked over and scraped the back of his head. 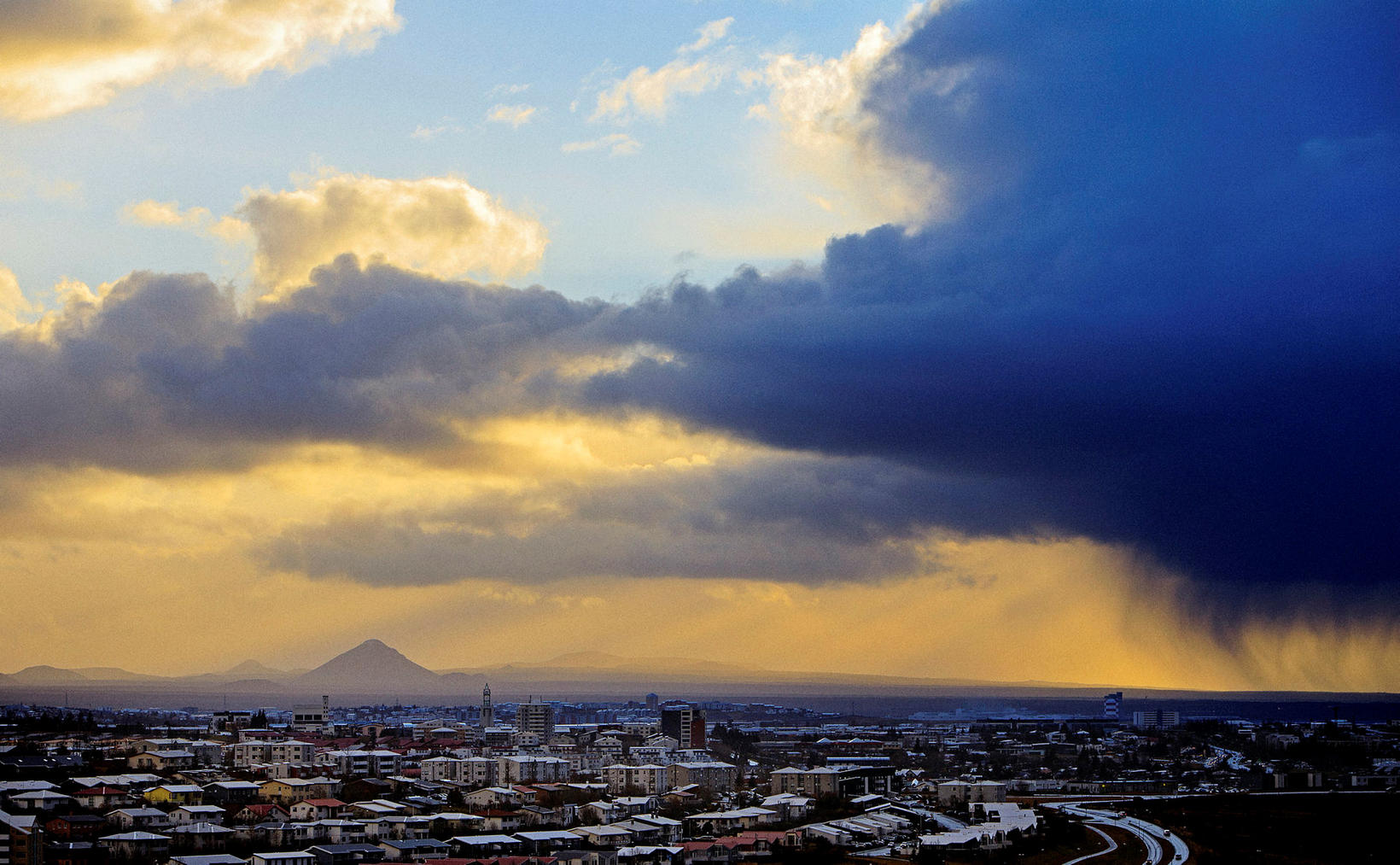 Jón admits that the whole experience was very scary. Incidentally, the two were discussing the fact on the way up the mountain that there had been seismic activity in the area and how bad it would be being hit by an earthquake. “This was unbelievable ” he states . “ When this sort of thing happens, you feel how tiny you are and how powerful the land is under your feet.”